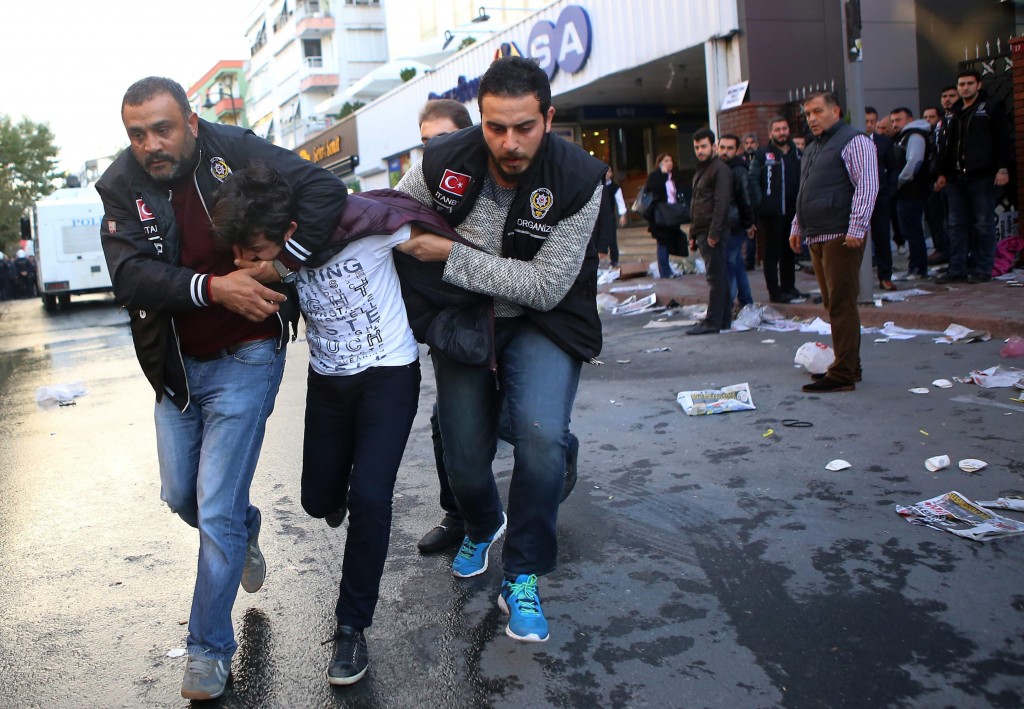 Police detain a youth as they surrounded the headquarters of opposition television stations and newspapers in Istanbul, Turkey, Oct. 28, 2015. Police in Istanbul carried out a dawn raid at the building, using tear gas to enter the building of the company that owns opposition television stations Bugun TV and Kanal Turk, the Bugun and Millet newspapers and other business interests. (AP Photo/Mehmet Ali Poyraz, Cihan News Agency)

Turkish voters will go to the polls Nov. 1 amid a spasm of political violence and renewed conflict with Kurdish guerrillas. The vote also comes just weeks after the most deadly terrorist attack in Turkish history and as the army is struggling to keep the civil war in Syria from spilling over into Turkey.

Despite a government crackdown on independent media President Recep Tayyip Erdogan's ruling AKP party may struggle to win a parliamentary majority. On this week's edition of Global Journalist, we discuss Turkey's election and whether the country, once a democratic model in the Middle East, is sliding towards authoritarianism.