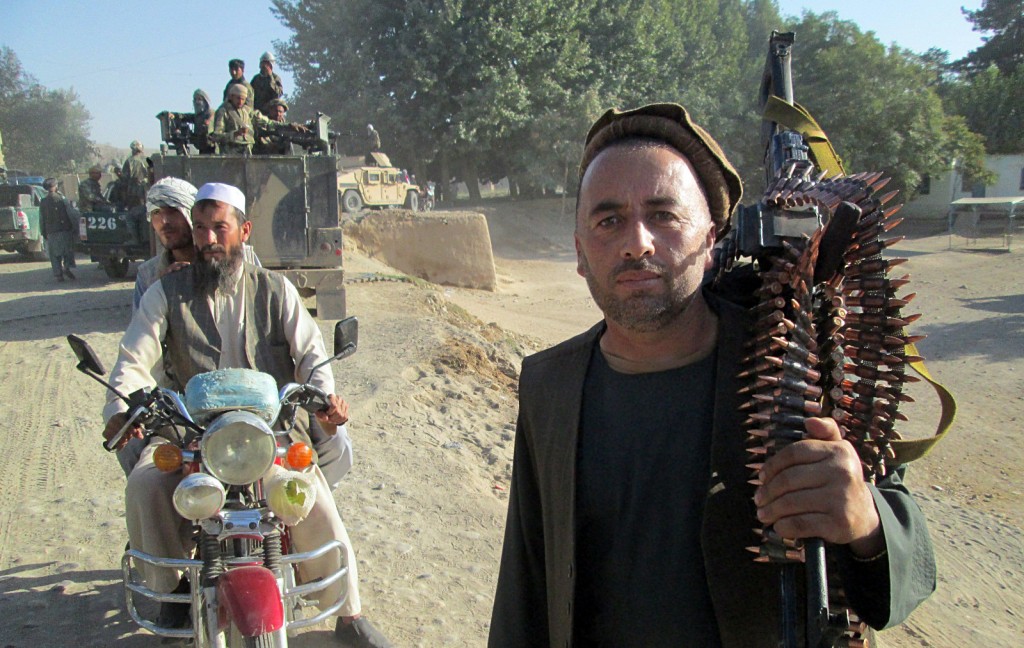 In this photo taken on Oct. 1, 2015, Afghan security forces and volunteer militias prepare to move, on their way to Kunduz, Afghanistan to fight against Taliban fighters. (AP Photos/Naim Rahimi)

The Taliban has declared two privately-owned Afghan TV outlets, Tolo TV and 1TV, and their journalists as “military objectives” that need to be “directly eliminated.”

In a statement released Oct. 12, the group's military commission called Tolo and 1TV channels the “spearheads” of American propaganda which “ridicule [Afghan] religious and cultural norms, encourage obscenity and lewdness and inject the minds of youth.”

In the same statement, the military commission said they respected independent and impartial media outlets but that both “enemy” TV stations were neither. The commission also called on all Afghans to boycott the outlets.

The threats were a response of the broadcaster’s coverage of fighting in the northern city of Kunduz, which the the Taliban briefly captured in September. The TV stations reported that members of the Taliban had raped women at a student hostel after they took the city, a claim the Taliban denies. Both TV stations are known for being critical of the Islamist group, according to the Committee to Protect Journalists.

The Taliban's capture of Kunduz was their biggest military victory since 2001. It was retaken by Afghan security forces backed by U.S. advisers earlier this month. Soon afterwards, President Obama reversed an earlier plan to pull U.S. forces from the country by next year and said that 5,500 troops would remain in Afghanistan beyond 2016.

The founder of Tolo TV, Saad Mohseni, said company is not taking the threats “lightly” since they came from the Taliban military council, according to NPR. Nevertheless, he made clear that media outlets possess an “overwhelming” support from the people, while the Taliban’s have an approval rating of less than 10 percent.

Tolo News published a press release Oct. 13 urging the Afghan government to ensure the security and immunity of Afghan media and journalists.

According to a 2015 report from Human Rights Watch, freedom of the press in Afghanistan may be in a “downward spiral,” with the increase of intimidation and violence by government officials, the Taliban, other insurgent groups and with the lack of protection by police and justice officials. The country is currently ranked 122 out in 180 countries in Reporters Without Borders’ Press Freedom Index.