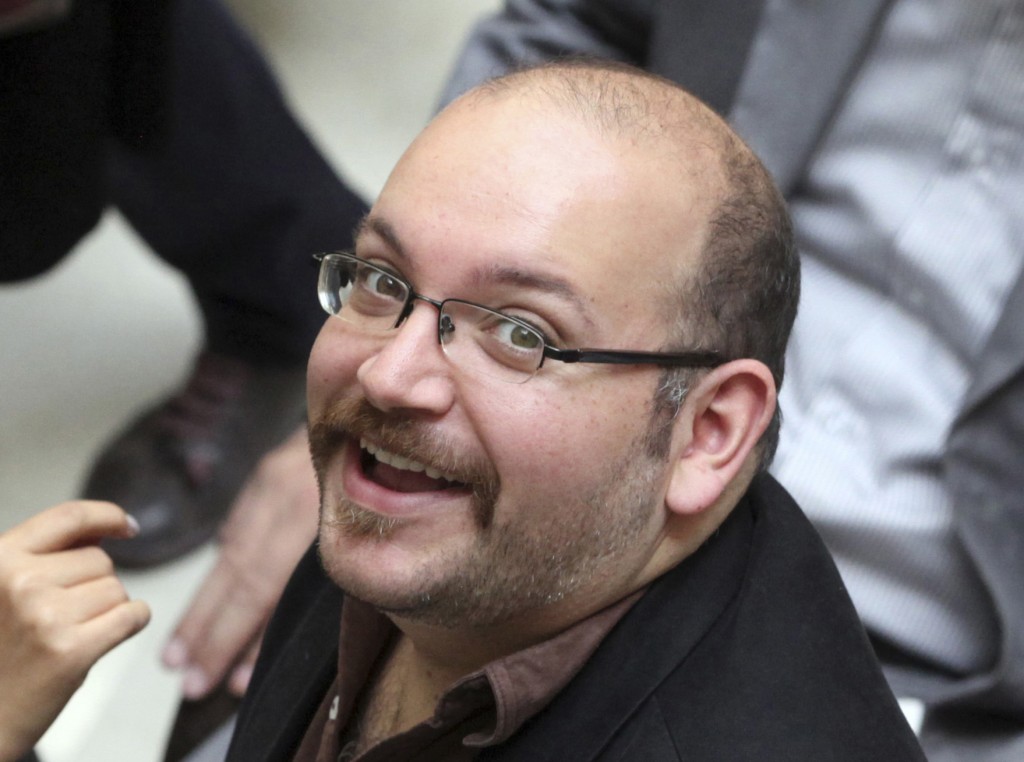 Jason Rezaian, an Iranian-American correspondent for the Washington Post, smiles as he attends a presidential campaign of President Hassan Rouhani in Tehran, Iran in April 2013. (AP Photo/Vahid Salemi, File)

An Iranian court meeting in secret has found Washington Post reporter Jason Rezaian guilty following an espionage trial this summer that was widely criticized by press groups for its opacity and lack of evidence.

State media in Iran reported the verdict citing a spokesman for Tehran's Revolutionary Court, the Washington Post said Oct. 12. The report did not say what charges he had been found guilty of or how long his sentence would be. Rezaian, the Post’s Tehran bureau chief, has been jailed in Iran since July 2014.

Rezaian, who has both U.S. and Iranian citizenship, was charged with espionage in April and his trial concluded Aug. 10. There had been speculation that he and three other American prisoners might be released as part of the nuclear agreement between Iran, the U.S. and other world powers reached in July. However that agreement has cleared legislative hurdles in both the U.S. and Iran without their release.

“Iran has behaved unconscionably throughout this case, but never more so than with this indefensible decision by a Revolutionary Court to convict an innocent journalist of serious crimes after a proceeding that unfolded in secret, with no evidence whatsoever of any wrongdoing,"  Washington Post Executive Editor Marty Baron, said in a statement.

The verdict “follows an unconscionable pattern by Iranian authorities of silence, obfuscation, delay and a total lack of adherence to international law, as well as Iranian law," said Rezaian’s family in a statement, according to CNN.

The three other American prisoners held in Iran are Saeed Abedini, Amir Hekmati and Robert Levinson. Hekmati, a former Marine, was sentenced to death in 2012 on charges of working for the CIA. The death sentence was later annulled and he is serving a 10-year prison sentence. Abedini, a pastor, was sentenced to eight years in prison on charges of “disturbing national security.” Levinson, a retired FBI agent, disappeared while at an Iranian island in 2007. His whereabouts are currently unknown.

President Rouhani hinted at a potential swap of the four American prisoners for the 19 Iranians held in the U.S. “If the Americans take the appropriate steps and set them free, certainly the right environment will be open and the right circumstances will be created for us to do everything within our power and our purview to bring about the swiftest freedom for the Americans held in Iran as well,” he said, according to the Voice of America.