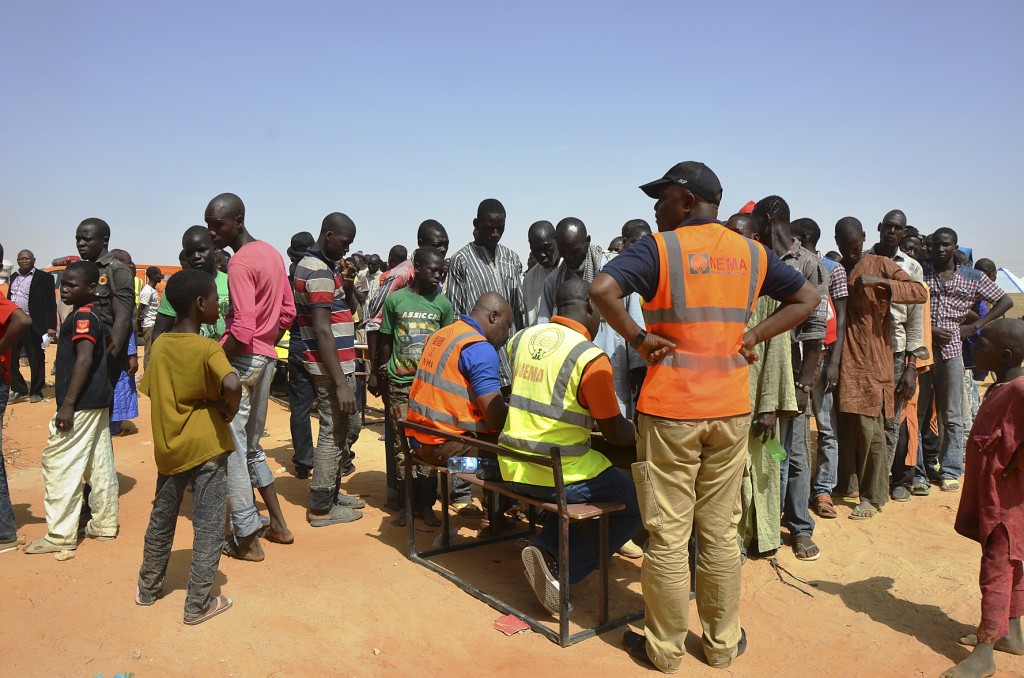 Nigerian refugees returning from the Republic of Niger are registered at the National Emergency Management Agency (NEMA) transit camp in Geidam, Yobe, Nigeria 13 May 2015. The Nigerian refugees are returning after they fled to Niger following the onslaught of Islamic militant attacks by Boko Haram in northern Nigeria. NEMA has thus far registered a total of 11,449 Nigerian returnees from the Republic of Niger and transported aproximately 7,000 of them back to their homes in various Nigerian states. EPA/STR

A Nigerian journalist has been released after he was arrested in neighboring Niger while reporting on the migration of Africans across the Sahara desert to Europe.

Adamu told the newspaper he was detained because Niger authorities did not want him to report on the issue because Nigeriens profit from the migration trade. Agadez is used as a transit route for West African migrants crossing the Sahara desert to get to Libya, then across the Mediterranean to Europe.

Mannir Dan Ali, executive director and editor-in-chief of Daily Trust, told the BBC's Hausa language service that Adamu was arrested on arrival at Agadez even before he started his work. He was accused of not having the relevant documentation to work in the area. However, Adamu said he had received official permission for reporting in Agadez before he left Nigeria.

“At first they said they will hand me over to our ambassador in Niamey but I think because of pressure, they handed me over to our immigration officials at the border town," Adamu said in an interview after his release.