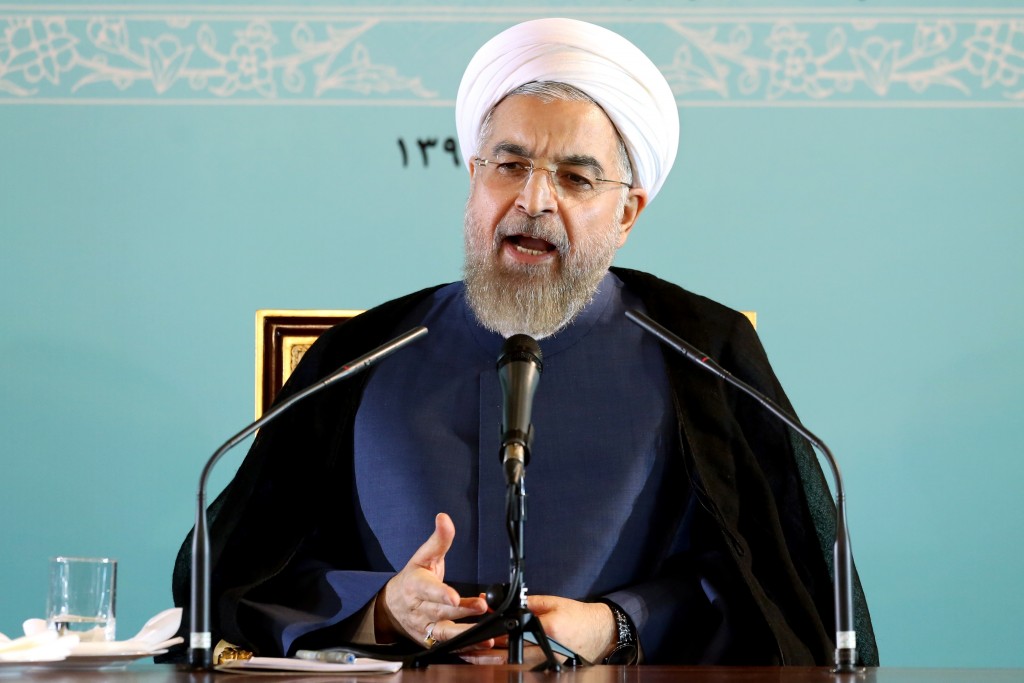 Despite halting progress for foreigners, outlook for local journalists is still grim

Iran has made international headlines in recent months for high-stakes nuclear talks with the U.S. and its support for Syria’s Bashar al-Assad.

What wasn’t covered was the stories of those international reporters covering the news from Iran–long one of the toughest countries in which to practice journalism.

The challenges of correspondents in Iran has been highlighted by the jailing of the Washington Post’s Jason Rezaian, an Iranian-American correspondent who was detained without charge in July 2014 and remains in prison.  Yet Rezaian is not the only foreign correspondent to face legal trouble in the country. Journalists from Reuters, Newsweek and BBC have also faced prosecution or detention in recent years.

Foreign correspondents are authorized through the Ershad, or Ministry of Culture and Islamic Guidance. But authorization doesn’t guarantee safety, as Rezaian had obtained clearance from the Ershad before his arrest. The Ershad also places restrictions on the movements of foreign journalists in the country and reviews visiting journalists during their time in Iran, says Holly Dagres, a Cairo-based Iranian-American editor for the Cairo Review of Global Affairs.

“[They] will want to see your itinerary, where you're going,” Dagres says. “They'd want to approve your stories. So there's a lot of oversight involved. They're kind of in that big brother sort of role.“ Nor is it easy to get government officials to answer questions on important topics. “Working as a journalist in Iran embodies the definition of insanity: doing the same thing over and over again without getting any results,” wrote Maziar Bahari, a Canadian-Iranian correspondent for Newsweek and other outlets in 2006, three years before his work for Newsweek landed him in Tehran’s Evin Prison.

Bahari had sought answers about Iran’s relationship with Lebanon’s Hezbollah militia even though he knew “posing such questions can be a futile, dangerous and sometimes even lethal exercise."

The ability to report without impediment is also obstructed by an elaborate system of surveillance of foreign journalists, which includes keeping a close eye on the translators and local fixers hired by international reporters.

“They have to work with a minder,” says Kelly Niknejad, a Boston-based Iranian-American journalist. “When you're a foreign journalist and you're dependent on a stringer or journalist, you're much better controlled… And they also keep an eye on your minder - it kind of prevents the minder from developing a relationship with the reporter. Usually there's two levels of minders for every foreign journalist.”

Those restrictions led Niknejad to create the Tehran Bureau, a Boston-based blog that employs undercover Iranian journalists to cover Iran’s closed society. It acts as a virtual office that is decentralized from Iran, but accepts regular contributions from local journalists and experts to get “on the ground” knowledge about stories in Iran and in the Middle East. Today, Tehran Bureau is hosted on the Guardian’s website and is featured occasionally in print.

To be sure the restrictions on foreign journalists are mild compared to those faced by Iran’s domestic press. Roxana Saberi, an Iranian-American journalist who was imprisoned for 100 days in Evin Prison in 2009 spoke to the International Press Institute about local  journalists in prison, saying that many “stay there for years and years.".

“The majority of the people that are being imprisoned that work as journalists are local journalists,” said Sherif Mansour, a Middle East and North Africa researcher for the Committee to Protect Journalists. “At one point there were 54 journalists that were behind bars – the highest number recorded in a developed country – and as many as 17 in 2014.” The media restrictions have shown the limits of how far reformist President Hassan Rouhani is able –or willing– to change Iran’s media environment in the face of opposition from its religious leaders and security services. Many observers say the situation has improved since the 2013 departure of his predecessor Mahmoud Ahmadinejad, whose tenure was highlighted by a sweeping media crackdown following disputed 2009 elections.

A 2014 by Freedom House noted a slight improvement in Iran’s press freedom “based on a relative improvement in the number of imprisoned journalists and reporters’ increased willingness to push the boundaries on political coverage.” An editor of one of the reformist newspapers in Tehran also told the news site al-Monitor that the press freedom “atmosphere” has changed in recent years, with newspapers being able to mention previously banned names, such as that of reformist leader Mir-Hossein Mousavi.

Dagres, of the Cairo Review, says that once sanctions on Iran are removed and the economy improves, Iranians may be more vocal in their demands for civil liberties–including press freedoms.

“Iran has definitely opened up a lot more since Rouhani came in office,” Dagres says. “They've let a lot more people in, they've got a lot more journalists applying to get in, a lot more people being allowed in as foreign correspondents. Even in Iran, they've said that press freedom has improved, but to think that it's going to improve in its entirety I think is unrealistic. There will always be a tug of war over what is being said and done."

That tug of war between reformers and hardliners has been in evidence in the case of Rezaian, whom Iranian Foreign Minister Mohammad Javad Zarif referred to as a “friend,” following his arrest.

It has also been on display in the case of Zanan-e Emrooz, a popular women’s magazine shuttered in 2006 under Ahmadinejad only to be allowed to reopen in June 2014. As the website al-Monitor reported, after publishing 11 issues, Zanan-e Emrooz was again ordered closed by Iran’s Press Supervisory Council in April 2015 for “encouraging the anti-social and religiously unsanctioned phenomenon known as white marriage [unmarried co-habitation].”

Niknejad, whose Guardian blog depends on Iranian reporters risking their safety to publish the news, says the changes foreign journalists see in Iran in the coming years as the country’s economy is opened  may not give a full picture of the press freedom situation.

“I think it’s going to get better for foreign journalists who don’t speak the language,” she says. “But not [for] Iranian journalists.”