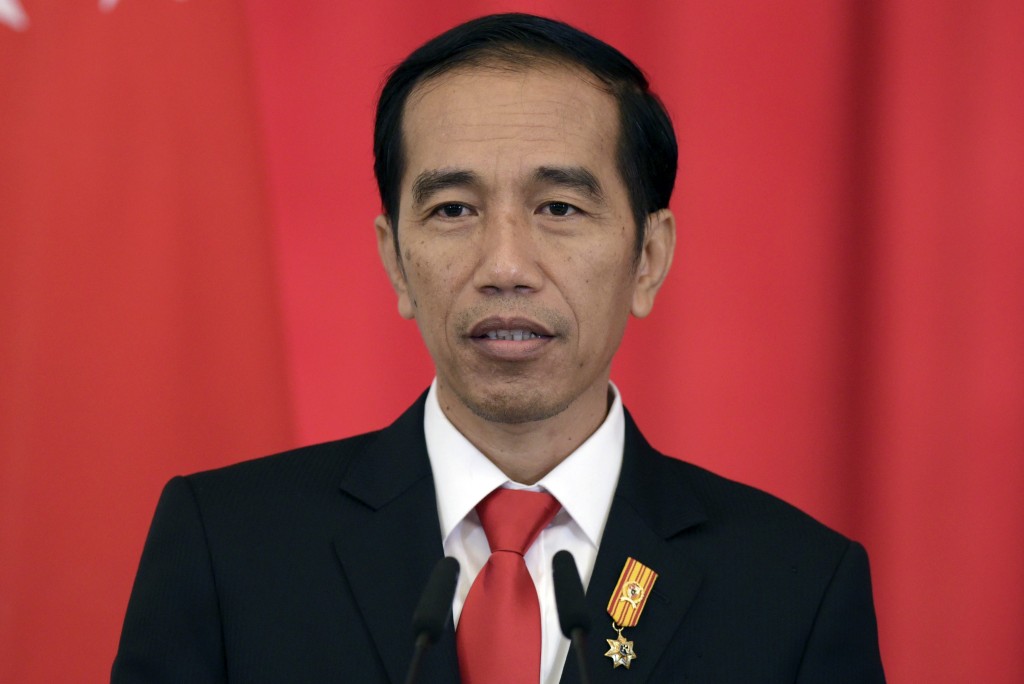 Indonesian President Joko Widodo speaks at a press conference with Singapore Prime Minister Lee Hsien Loong on Tuesday, July 28, 2015 at the Istana, or Presidential Palace, in Singapore. Widodo is in the city-state for a two-day official visit. (AP Photo/Joseph Nair)

Two British journalists face five years in jail in Indonesia for trying to make a documentary about piracy in the region without proper visas.

Neil Bonner, 32, and Rebecca Prosser, 31, attended their second hearing on Oct. 1 at the Batam District Court in Indonesia's remote Riau Islands, located 350 miles (563 km) northwest of Singapore, the Jakarta Post said. The two are accused of filming after entering the country on a tourist visa rather than obtaining a special journalist visa.

The Indonesian navy arrested them along with nine Indonesians who were helping them film in the Malacca Straits on May 28.

Bonner and Prosser arrived in Indonesia on that month May to report about piracy in the Malacca Strait for the film production company Wall to Wall, which was making a documentary funded by National Geographic, according to Agence France-Presse.

Journalists must have special permission from authorities to film in and report from Indonesia, but the process is long and not always successful.

Todung Mulya Lubis, the journalists' lawyer, said the journalists' visa violations are an administrative issue and should lead to deportation rather than a trial, according to the Jakarta Post. The lawyer also said that the case demonstrates the failure of President Joko Widodo, elected in July 2014, to follow through with promises of greater access to the country for foreign journalists.

Bonner is "bearing up ok under the circumstances," his mother, Barbara Shaw, told the Lincolnshire Echo.

Two French journalists were arrested last year in Indonesia's West Papua province and detained for three months before being deported in October 2014.

The journalists, Thomas Dandois and Valentine Bourrat, were shooting a documentary about rebel movements in the province of Papua when they were arrested separately.

Indonesia is ranked 138th out of 180 countries in the 2015 Reporters Without Borders press freedom index.