Colombia's deal with the FARC 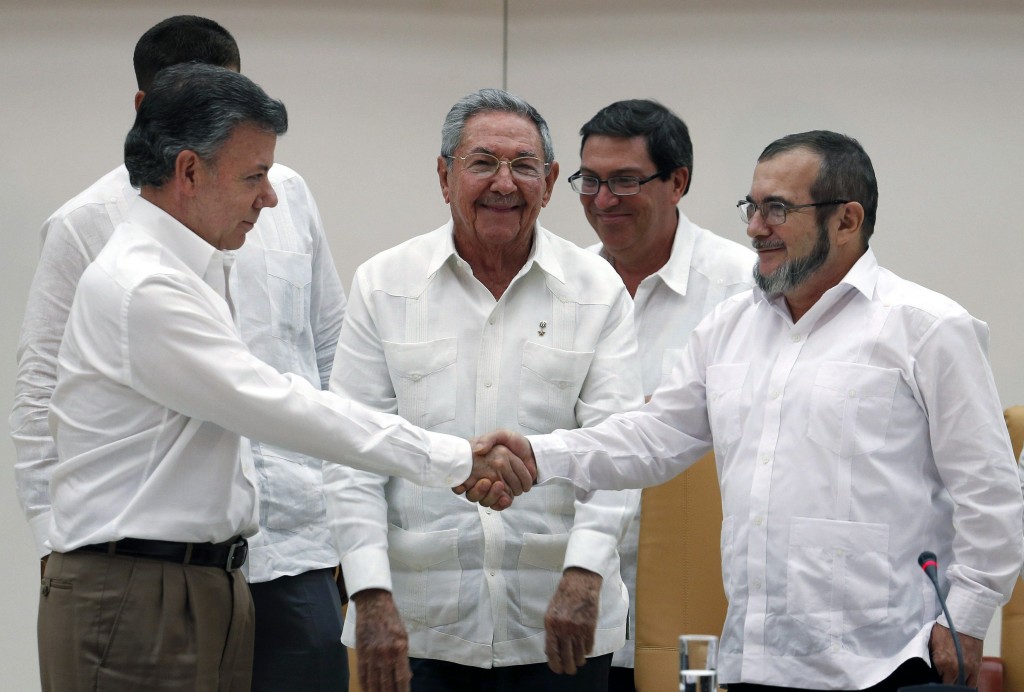 For 50 years Marxist rebels from the Revolutionary Armed Forces of Colombia, known as the FARC, have battled that country’s government in Latin America’s longest-running insurgency.

During that time, more than 200,000 people have been killed, including 177,000 civilians, and about 5.7 million Colombians have been displaced from their homes by the fighting.

But in September the Colombian government and the FARC signed a draft peace agreement at a meeting in Cuba to end what many have viewed as an intractable conflict. They set a March deadline to hammer out the final elements of the deal, but many hurdles remain.

On this week's edition of Global Journalist, we examine the new hope for peace in Colombia.