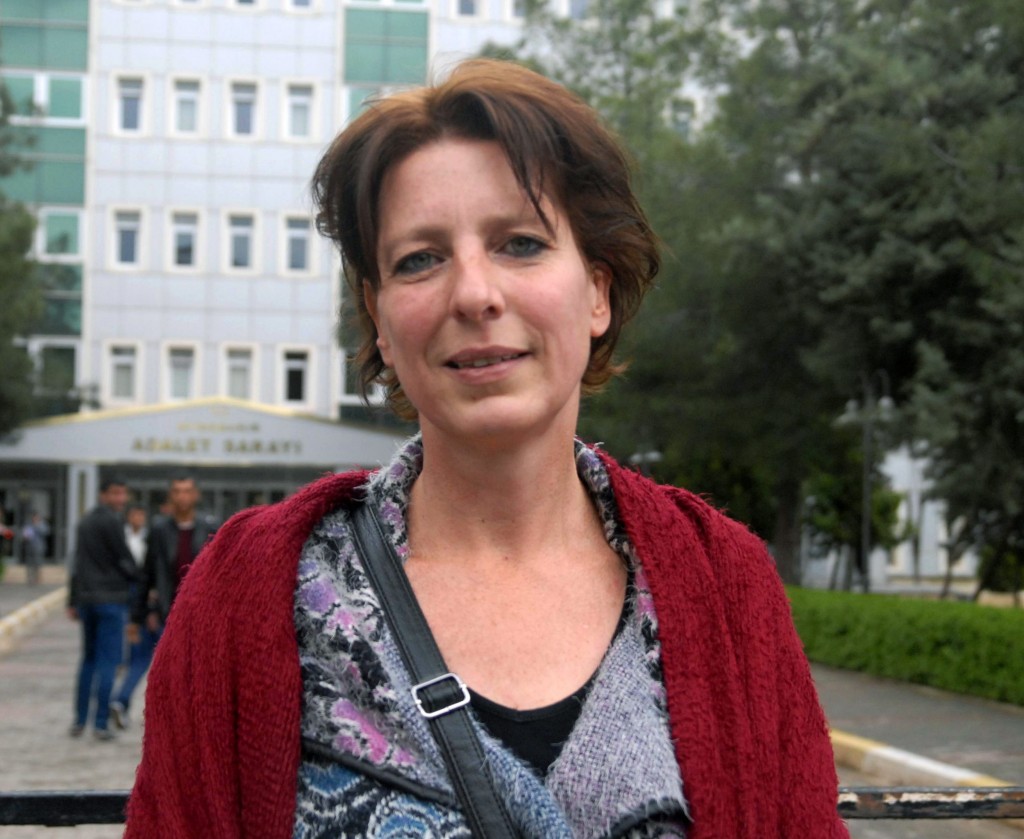 Freelance Dutch journalist Frederike Geerdink speaks to the media after her trial in Diyarbakir, Turkey, Monday, April 13, 2015. A Turkish court has acquitted Geerdink of charges of engaging in propaganda on behalf of the banned Kurdish rebel group.(AP Photo/Mucahit Ceylan)

A Dutch freelance journalist known for covering Kurdish issues has been detained by Turkish for the second time in a year.

Frederike Geerdink, a freelance journalist who runs the blog Kurdish Matters, tweeted Sept. 6 that she had been detained by Turkish authorities in Yuksekova, a mainly Kurdish city near Iran border. In later tweets, Geerdink said she was arrested while traveling with activists from Canli Kalkan Grubu, or Human Shield Group, who are also in custody.

im in custody in yüksekova.

Sixteen Turkish soldiers were killed in a bomb attack by rebels from the Kurdistan Workers’ Party, or PKK, in southeastern Turkey the same day as Geerdink's arrest, the AP said. The Turkish military has launched a series of airstrikes against Kurdish targets in the area.

A senior Turkish official said Geerdink was detained for her own safety and not because of her journalism, Reuters reported. However the Dutch public broadcaster NOS reported that Geerdink may face terrorism charges, citing her lawyer.

Geerdink was previously arrested for posting pro-Kurdish messages on social media in January. She was charged with spreading "propaganda for terrorist organization," but was acquitted of all charges in April.

Press freedom groups including the International Federation of Journalists condemned her arrest. “We are gravely concerned by increasing political interference from Turkish authorities with journalists’ coverage of delicate issues,” said Jim Boumelha, president of the group, in a statement.

Geerdink's arrest follows international criticism over the Aug. 27 detainment of two British journalists and a fixer for VICE News  in Diyarbakir, Turkey. Jake Hanrahan and Philip Pendlebury were released from prison Sept. 3, but their colleague, Mohammed Ismael Rasool, an Iraqi journalist and translator, is yet to be released.