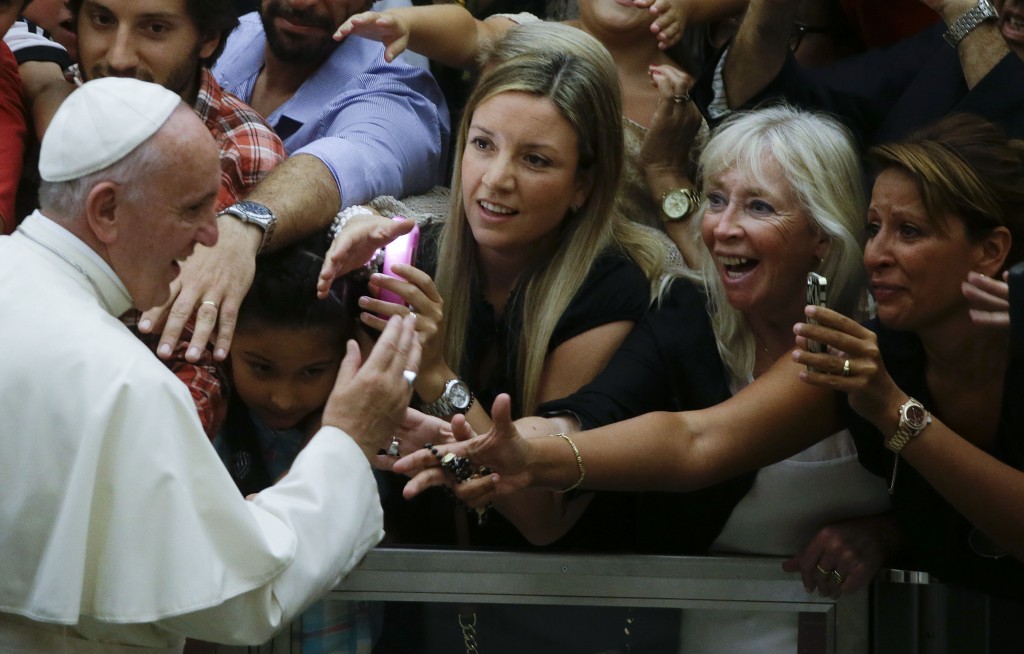 Pope Francis is cheered by faithful as he arrives in the Paul VI hall at the Vatican, Aug. 5, 2015. (AP Photo/Gregorio Borgia)

Next week is an historic one for Pope Francis. He’ll make his first trip to the United States since becoming pope in March 2013. He’ll visit President Obama in Washington D.C., stop by a high school in a poor section of New York, and attend a Catholic families conference in Philadelphia.

Since he was elected to the Papacy, Francis has made headlines for many things. His decision to live in a simple hostel, his modest Pope-mobile, his description of the church as “a field hospital after a battle.”

But that’s not to say his time as Pope has been without controversy. His relatively liberal statements on issues such as homosexuality and divorce have caused debates within the Catholic Church. And his call to action on climate change and condemnation of unbridled capitalism and the ‘cult of money’ put him at odds with political conservatives in the U.S. and elsewhere.