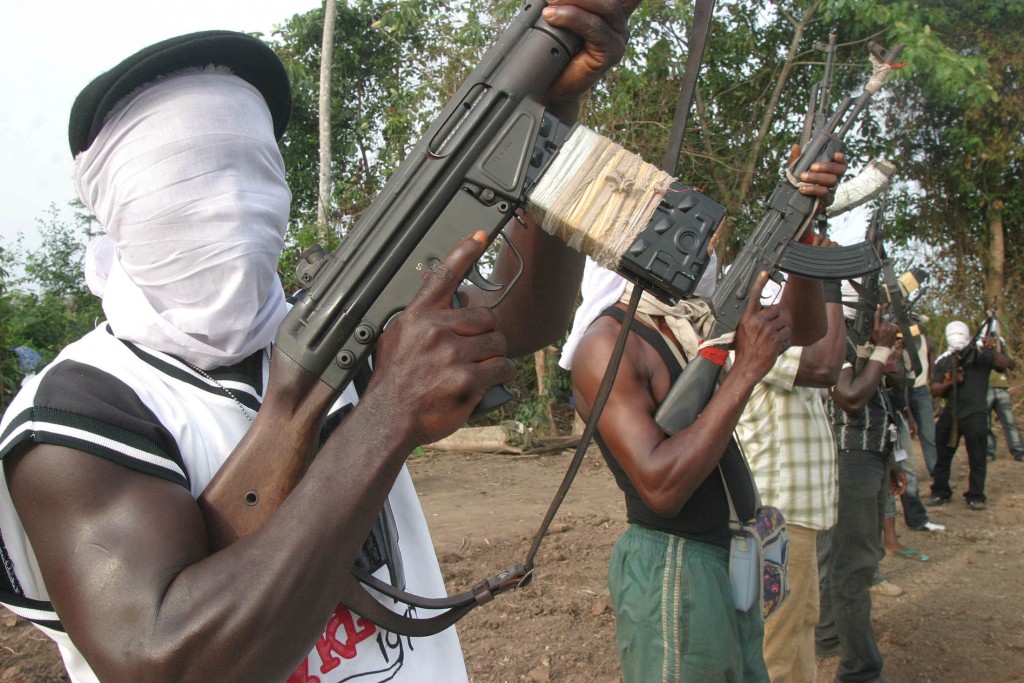 Nigerian militants training in their base in the creeks of the Niger Delta, Nigeria in April 2007. (EPA)

A Nigerian press group has issued a new plea for the release of a well-known newspaper columnist kidnapped from her home in southern Nigerian city of Port Harcourt.

Unidentified gunmen wearing police uniforms kidnapped Donu Kogbara of Nigeria's Vanguard newspaper Aug. 30 in the city in oil-rich Rivers State. There has been no public information about her status since.

“We implore her abductors to be humane and to release her unconditionally to continue with her crusade for a better country for all Nigerians," said Garba Deen Muhammad, president of the Nigeria Guild of Newspaper Editors, in a Sept. 7 report in the newspaper Leadership. “On their part the police and other security agencies must take every step necessary to ensure the safe release of Donu Kogbara; and to put in place measures that will guarantee the safety and security of all Nigerians, especially those exposed to higher risks such as journalists."

There has been no information about a possible motive or suspects in the case publicly released. Kogbara has worked for the Lagos-based newspaper for about 30 years, and Gbenga Adefaye, the publication's editor, told the Committee to Protect Journalists that he was not aware that she had received any threats.

Port Harcourt is the hub of the oil-rich Niger delta in south Nigeria. Criminal gangs often kidnap for ransom in the region. Most victims are released once the ransom is paid. Kogbara’s family hasn’t been contacted by the kidnappers for any demand, Vanguard reported. Kogbara has previously worked for other news outlets including the BBC and the Sunday Times.