Is Pope Francis a radical? 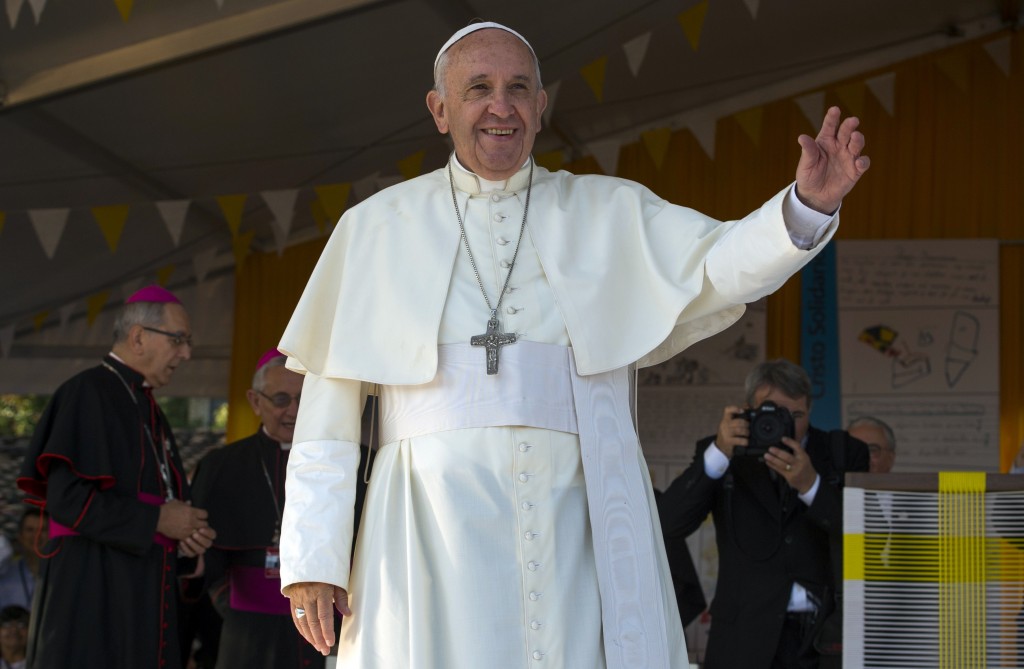 The pope has changed the Catholic Church's tone, if not its doctrine.

He's been variously described as “the great reformer,” the “most interesting man in the world,” and most provocatively,  a "radical."

And as Pope Francis prepares for arguably the most-anticipated papal visit to the United States in more than 20 years, Catholics and non-Catholics alike are taking stock of the changes he's making in the Catholic church.

Undoubtedly many of the changes are ones of style. He eschews luxury, opting to drive a 1984 Renault and rejecting the bulletproof glass-enclosed "Popemobile" favored by his predecessors, arguing he can't greet the public “from the inside of a sardine can.”

On many of the most controversial matters–from abortion and homosexuality to climate change and capitalism–Pope Francis' public statements have pleased the political left and reformists in the church while discomfiting conservatives and traditionalists.

That's led some to argue that Francis' papacy marks a radical shift from his predecessors. But others say it's too early to judge whether Francis is a true reformer, and maintain that the media has over-emphasized the significance of his pronouncements on hot-button issues.

“Pope Francis hasn't made any fundamental change in theology,” says Thomas Noble, a Catholic historian and retired professor at the University of Notre Dame. “People try to get excited, but I don't see any fundamental changes. My sense is that he's not a man of radical change. He's someone who speaks a little different, and emphasizes different things.”

Below is an examination of some of Pope Francis' most noteworthy comments on four high-profile issues, and a comparison of the pontiff's statements with his immediate predecessors.

“At stake are the lives of many children who will be discriminated against in advance, and deprived of their human development given by a father and a mother and willed by God...Let us not be naive: this is not simply a political struggle, but it is an attempt to destroy God’s plan.”

Said during his tenure as archbishop of Buenos Aires, during testimony against a bill for same-sex marriage and adoption, July 2010

“If someone is gay and is searching for the Lord and has good will, then who am I to judge him? The Catechism of the Catholic Church explains this in a beautiful way, saying... ‘no one should marginalize these people for this, they must be integrated into society.’”

In a press conference during the return flight from Brazil after World Youth Day, July 28, 2013. What His Predecessor Said:

“Although the particular inclination of the homosexual person is not a sin, it is a more or less strong tendency ordered toward an intrinsic moral evil; and thus the inclination itself must be seen as an objective disorder. Therefore special concern and pastoral attention should be directed toward those who have this condition, lest they be led to believe that the living out of this orientation in homosexual activity is a morally acceptable option. It is not.”

Pope Benedict XVI, then known as Cardinal Joseph Ratzinger, in a letter to the Bishops of the Catholic Church on the Pastoral Care of Homosexual Persons while serving as prefect for the sacred congregation of the doctrine of the faith, Oct. 1, 1986. Benedict affirmed this stance as pope in 2005.

Pope Francis’ declaration of “who am I to judge” has been seen as a sign of the Church moving with popular opinion among lay people. However, a mere three years earlier, the pontiff, then the archbishop of Buenos Aires, issued a strongly worded letter addressed to each of the four monasteries in Argentina, calling the legalization of same-sex marriage as a “total rejection of God’s law engraved in our hearts.” Today, the Catholic Church’s doctrine on homosexuality remains the same. The Catechism of the Catholic Church states, “Tradition has always declared that ‘homosexual acts are intrinsically disordered.’ They are contrary to the natural law...Under no circumstances can they be approved.” Still, Francis' public statements on the matter as pope have clearly shifted the emphasis on homosexuality away from judgment of sins and towards compassion for those on the margins of society. “Climate change is a global problem with grave implications: environmental, social, economic, political and for the distribution of goods…The current global situation engenders a feeling of instability and uncertainty…So our concern cannot be limited merely to the threat of extreme weather events, but must also extend to the catastrophic consequences of social unrest.”

What His Predecessor Said:

“Respect for the human being and respect for nature are one and the same, but they will both be able to develop and to reach their full dimension if we respect the Creator and his creature in the human being and in nature. In this regard, dear young people, I am certain that you are my allies, true ‘custodians of life and of Creation.’”

Pope Benedict XVI, in an address to students participating in a meeting promoted by the “Sister Nature” Foundation, Nov. 28, 2011

Both popes have appealed for more action to be taken in combating climate change in the 21st century. During Pope Benedict XVI’s tenure, it was revealed that 20 percent of the Vatican’s electricity would be provided by renewable energy by 2020. So, while Pope Francis has used his personal popularity to champion climate action, he is following a path laid by his predecessor. “I think in particular of all the women who have resorted to abortion. I am well aware of the pressure that has led them to this decision...What has happened is profoundly unjust; yet only understanding the truth of it can enable one not to lose hope. The forgiveness of God cannot be denied to one who has repented, especially when that person approaches the Sacrament of Confession with a sincere heart in order to obtain reconciliation with the Father. ”

In a letter to President of the Pontifical Council for the Promotion of the New Evangelization on September 1, 2015

What His Predecessors Said:

“I would now like to say a special word to women who have had an abortion. The Church is aware of the many factors which may have influenced your decision, and she does not doubt that in many cases it was a painful and even shattering decision. The wound in your heart may not yet have healed. Certainly what happened was and remains terribly wrong. But do not give in to discouragement and do not lose hope. Try rather to understand what happened and face it honestly.” Despite recent media claims the pope “shook up the Catholic world,” he has not changed the church doctrine, which still condemns abortion and states the practice is morally wrong. However abortion has been considered a sin punishable by excommunication from the church, a sentence that could only be lifted by a bishop. By granting priests the ability to forgive women for abortions during the "Year of Mercy" beginning in December, Francis has changed the conversation about the issue by altering the church's approach without reversing its position.

"People who started a new union after the defeat of their sacramental marriage are not at all excommunicated, and they absolutely must not be treated that way.”

What His Predecessors Said:

Debates about remarriage are nothing new in the church. After all, King Henry VIII broke with Rome and founded the Church of England in the 16th century after the Pope refused to annul his marriage to Catherine of Aragon so that Henry might wed Anne Boleyn.  King Henry VIII was excommunicated, but Catholics no longer face this sanction for remarrying after divorce, though they are barred from receiving Communion. Francis has made the process for obtaining an annulment more efficient – and since Rome allows remarriage in the church after an annulment, this move is likely to aid many Catholics seeking to remarry. Francis' compassionate words about divorce and remarriage, and particularly about the children of divorcees, has led to speculation that he may change the ban on Communion for those who remarry after a civil divorce.

“Pope Francis is not stressing issues like that of his predecessors, but pushing dialogue of people and understanding where they're coming from,” says Dennis Doyle, professor of religious studies at the University of Dayton.