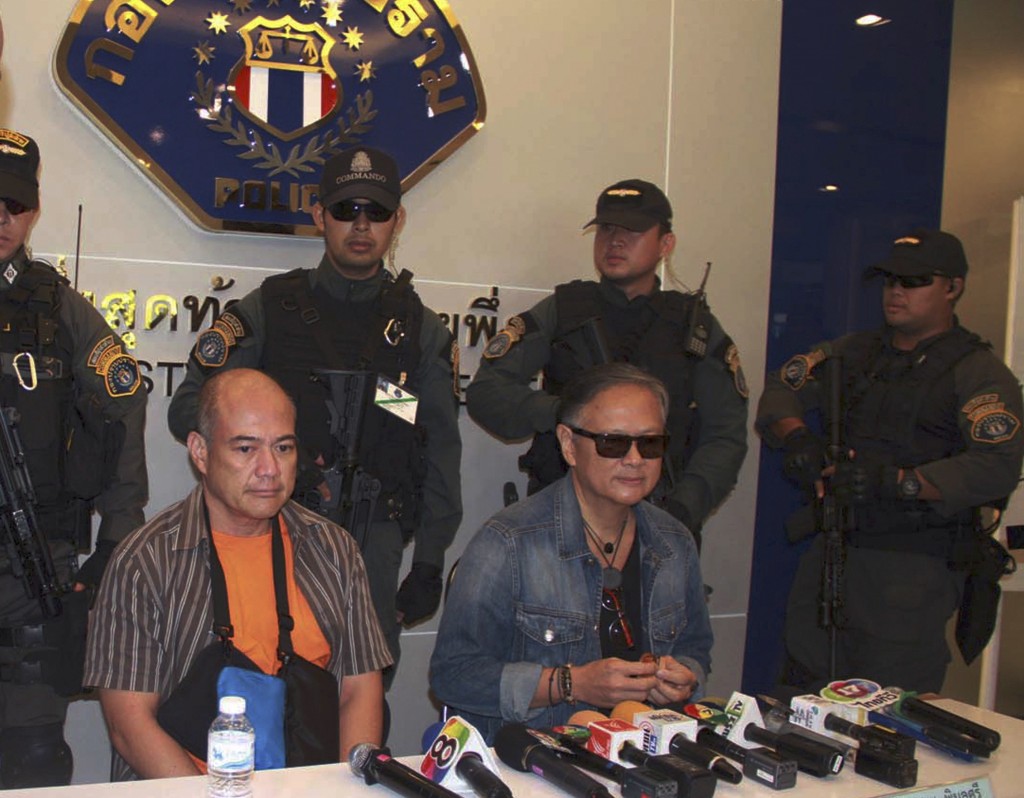 Ex-municipal mayor, Mario Reyes, Left and Former Gov. Joel Reyes of western Palawan island province sits during a press conference at Crime Suppression Division in Bangkok, Thailand, Monday, Sept. 21, 2015. The former governor of a Philippine province and his brother who are wanted for the 2011 murder of a radio anchor and prominent environmentalist have been arrested in Thailand, officials said Monday. (AP Photo/Str)**Thailand Out**

Two  suspects in the 2011 murder of a Filipino radio journalist have been arrested in the Thailand and deported to the Philippines to face trial.

Joel Reyes and Mario Reyes, a former provincial governor and local official respectively in the southwestern province of Palawan, were arrested for violating Thai immigration laws Sept. 20 and deported to the Philippines Sept. 25, according to The Philippine Star, an English-language news website. The Reyes brothers had fled the Philippines before their arrest warrants were issued in March 2012. .

The brothers are accused of ordering the killing of Gerardo Ortega, a talk show host, who was shot in the head at a used clothing store in Palawan in January 2011. One of the suspected trigger men was arrested at the time at the scene of the crime and implicated the Reyes brothers, according to the Voice of America.

Ortega had been an outspoken critic of illegal mining on the pristine pacific island and had also accused Joel Reyes of illegally appropriating millions of dollars in revenues from a natural gas operation off the coast of Palawan when he was governor of the province, according to Agence France-Presse.