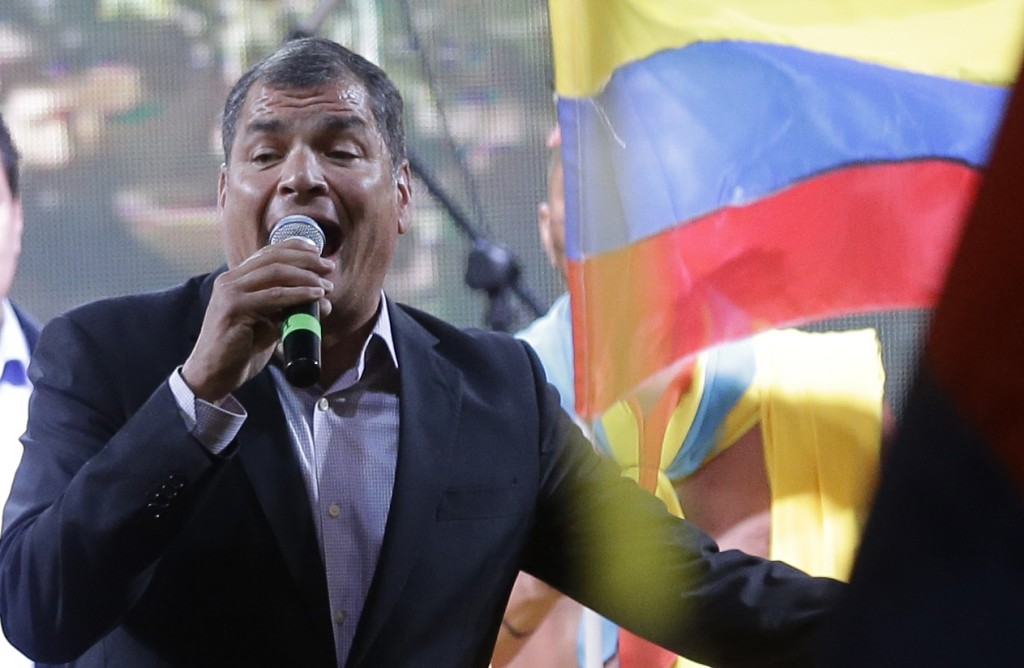 A press freedom group in Ecuador that has criticized restrictions on the media by President Rafael Correa's government may be closed after a government agency accused it of being "political."

“Fundamedios has published messages, alerts and essays with indisputable political overtones that make clear the position of this social organization,” the government media regulator said in a 70-page notice to Fundamedios. Secom was referring to content critical of the government that the Fundamedios website promoted from the blogs of independent Ecuadorian journalists José Hernández and Roberto Aguilar. Fundamedios was given 10 days to respond to the allegations.

Fundamedios has been critical of Correa's use of state media to laud his administration and attack his critics in the press. He has used his weekly show on state television to tear up copies of newspapers he dislikes, has regularly filed lawsuits against journalists and cartoonists who have criticized his administration. Founded in 2007, the group has registered 1,310 "aggressions" against press freedom in Ecuador and 128 government sanctions against journalists and media outlets.

Fundamedios had been particularly outspoken in its opposition to Ecuador's 2013 Organic Law on Communication, nicknamed "Ley Mordaza" or "The Gag Law." The law was used to file suit against four Ecuadorean dailies for failing to provide adequate coverage of a trip by Correa to Chile. One of the newspapers, El Diariao Hoy, has since stopped publishing its print edition citing government pressure.

Fundamedios has denied the allegations and taken to Twitter to try to garner support with the hashtag #FundamediosBajoAtaque (Fundamedios Under Attack). On Sept. 10, supporters of the group staged a protest in Quito and were met by pro-government counter-protesters.

The move against Fundamedios has been condemned by international press freedom groups including the New York-based Committee to Protect Journalists.

"Not content with persecuting, harassing, fining, and verbally abusing critics in the privately owned press, the Ecuadoran government is now threatening to dissolve the leading press freedom organization," said Carlos Lauría, a senior program coordinator for CPJ. "We urge Ecuadoran authorities to immediately withdraw this politically motivated procedure and allow Fundamedios to continue its work without any government interference."