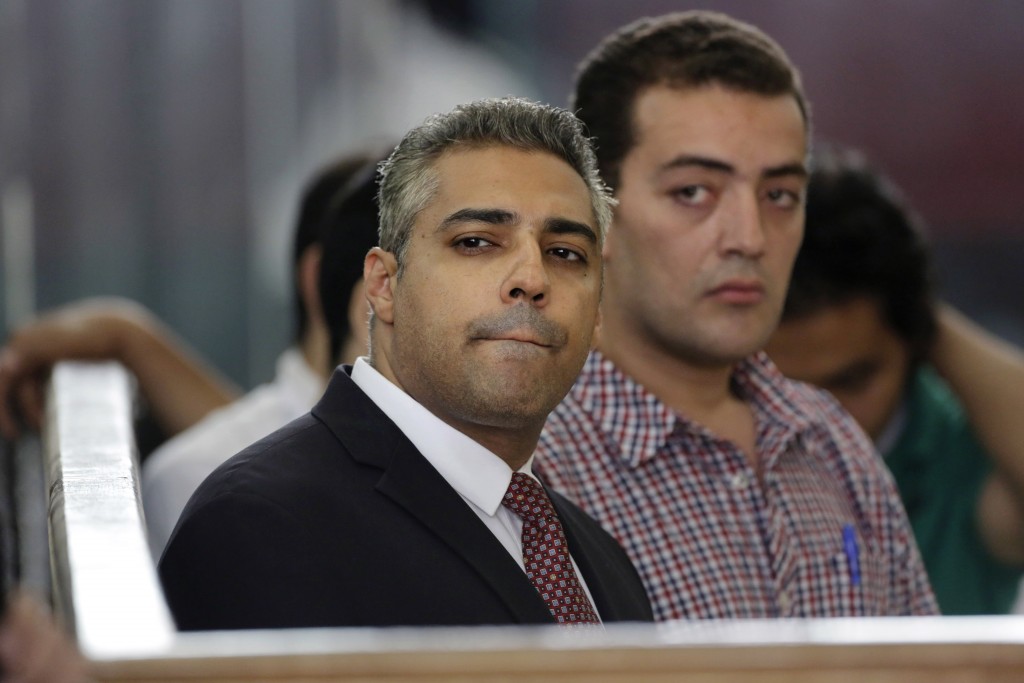 After spending a year and a half in and out of Egyptian prisons, two al-Jazeera journalists have been released after receiving a presidential pardon. They were released  on the eve of the Islamic festival of Eid al-Adha, and the day before the president was due to travel to New York for the 70th U.N. General Assembly.

Canadian journalist Mohamed Fahmy and Egyptian journalist Baher Mohamed were granted clemency by Egyptian President Abdel Fatah el-Sisi Sept. 23. They along with their Australian colleague Peter Greste had been arrested in December 2013 on charges of aiding the Muslim Brotherhood, which the Egyptian government considers a terrorist organization, and for broadcasting news "harmful" to society.

Fahmy and Greste were initially sentenced to seven years each and Mohamed was sentenced to 10 years in June 2014. After an appeals court ordered a retrial in January, Greste was deported to Australia in February. Fahmy and Mohamed were granted bail, but faced a second trial and were sentenced Aug. 29 to three years in prison.

Their release comes after an intensive campaign by al-Jazeera and press groups to pressure Egypt. Trials of journalists and dissidents under Egyptian President Abdel Fatah al-Sissi have drawn criticism from Egypt's allies in the U.S. and European Union since al-Sissi took power in a 2013 coup.

Following their release Sept. 23, Fahmy told Canadian media: “I want to build on what happened with this case and explain to him [el-Sisi] some of the issues that journalists face here on the ground... I will continue fighting to get at least little victories to a real true free press.”

Of the other 98 released prisoners, most “had received final court sentences, having been convicted on the grounds of violating the anti-protest law and assaulting police forces. Other prisoners were pardoned due to their health conditions and on humanitarian grounds,” according to a statement released from the president's office.

Through Aug. 12, there were at least 22 reporters in prison in Egypt, according to data from the Committee to Protect Journalists. As many as 41,000 people have been jailed for political reasons since al-Sissi took power two year ago, according to estimates from human rights groups.