The North Korea of Africa: Eritrea 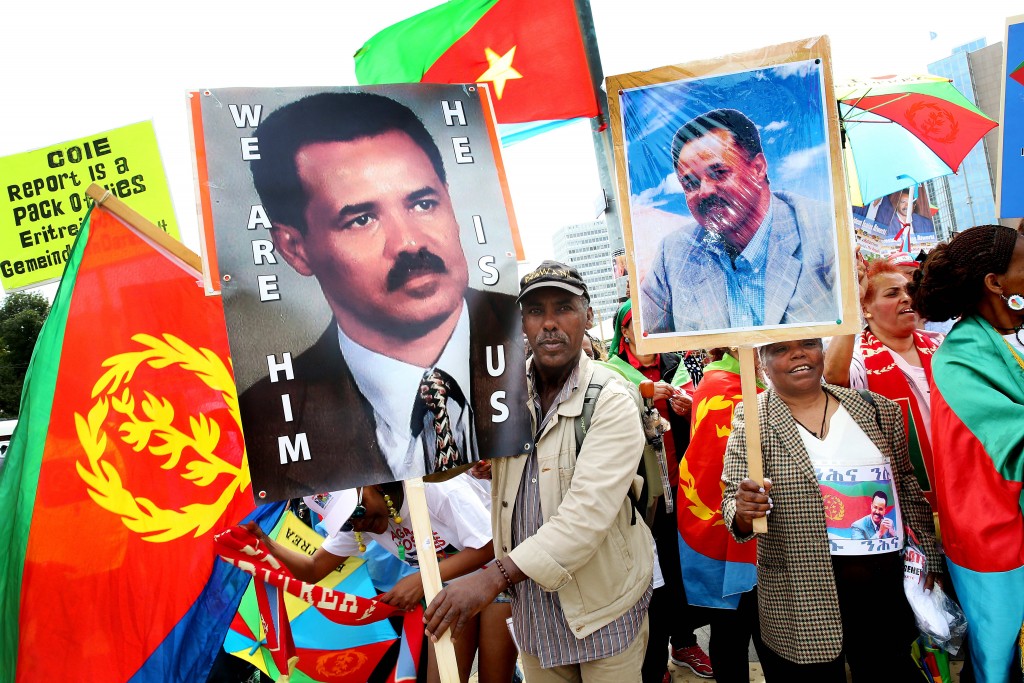 Eritreans in Europe hold pictures of President Isaias Afewerki while protesting a U.N. Human Rights Council report detailing widespread abuses by the Eritrean government against its own people. (EPA/Magali Girardin)

Eritrea is sometimes described as "the North Korea of Africa." And it's a deserved title.

The tiny nation, located on the continent’s northeastern coast bordering Ethiopia, Sudan, and Djibouti is ranked dead last out of 180 countries on Reporters’ Without Borders’ World Press Freedom Index. All privately-owned media outlets were shuttered more than a decade ago.

The United Nations Campaign for Human Rights said there are more than 100,000 refugees from Eritrea in Sudan right now, and more and more refugees are trying to cross the Mediterranean into Europe.

On this edition of Global Journalist, a look at if things will ever change in Eritrea.