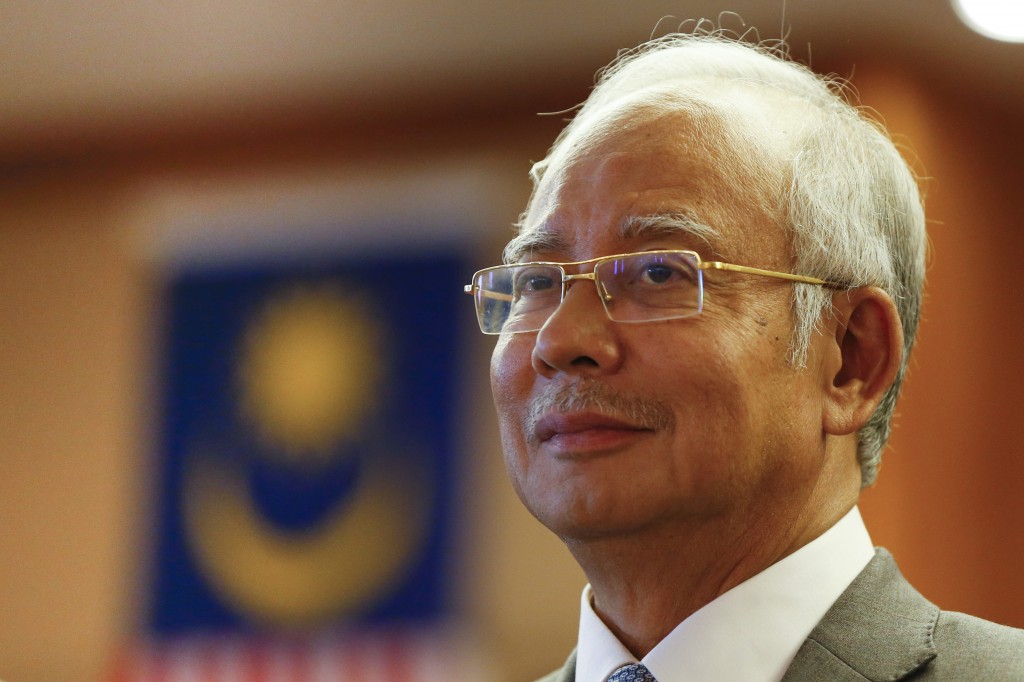 Malaysian Prime Minister Najib Razak smiles during Perdana Fellowship Programme in Putrajaya, Malaysia, on July 8, 2015. Malaysia's prime minister is facing the risk of criminal charges over allegations that hundreds of millions of dollars were funneled from an indebted state fund to his personal bank accounts, the first time a Malaysian leader has faced criminal allegations. (AP Photo/Vincent Thian)

Journalists in Malaysia are planning a new rally Aug. 8 the capital Kuala Lumpur in support of two publications suspended for reports on mismanagement of a state-owned investment fund.

The Coalition of Press Freedom, an alliance of media rights groups, said its members would march in solidarity with The Edge Weekly and The Edge Financial Daily, two local publications that have reported on poor administration at the fund, The Malaysian Insider reported. Malaysia's Home Ministry ordered the two outlets to halt publication for three months beginning July 27 after their reports on losses at 1Malaysia Development Berhad, a state-owned firm with debts of $11 billion.

The suspension of The Edge Weekly and The Edge Financial Daily comes a week after Malaysian officials imposed a travel ban on Ho Kay Tat, chief executive of the publications' parent company, without specifying a reason, according to Malaysian human rights group Suaram. “This is nothing more than a move to shut us down in order to shut us up,” Tat told the Associated Press.

Malaysia has also blocked access to the U.K.-based Sarawak Report news site, which has reported extensively on the scandal, and said it may seek the extradition of the site's founder Clare Rewcastle-Brown from the U.K. if Malaysian prosecutors can build a case that she has interfered in the country's sovereignty.

Over the past year Razak's government has targeted critical voices including popular cartoonist Zulkiflee Anwar Ulhaque, better known as Zunar. He faces up to 43 years in prison for sedition for satirizing Razak's government, according to the Committee to Protect Journalists. Zunar's drawings include cartoons mocking the government's prosecution of opposition leader Anwar Ibrahim on sodomy charges.