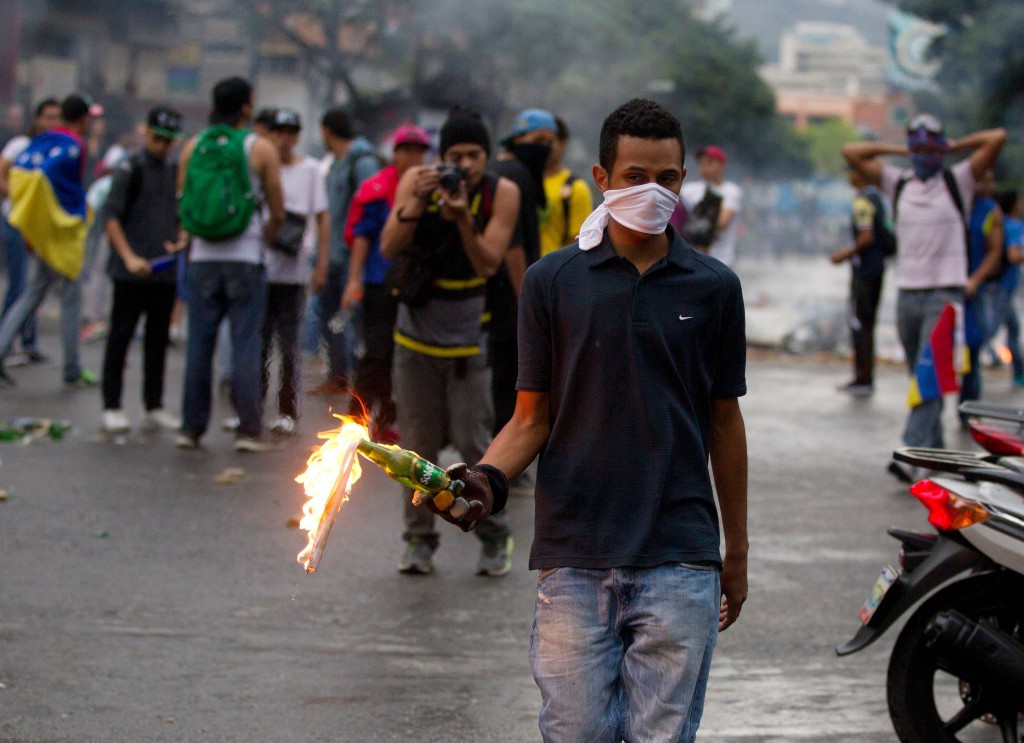 An opposition demonstrator prepares to throw a Molotov cocktail at police after clashes broke out at a protest in Caracas, Venezuela, Feb. 12, 2015. (AP Photo/Fernando Llano)

Venezuela is a country that should, by all accounts, be doing quite well. It’s one of the top oil-producing countries in the world.

But the South American nation also has one of the highest murder rates in the world, a government whose officials are accused of selling drugs, and millions living below the poverty line.

Not only that, the country's economy is crumbling, and the government is notorious for clamping down on journalists who challenge it on these issues.

On this edition of Global Journalist, is there hope for Venezuela’s future?