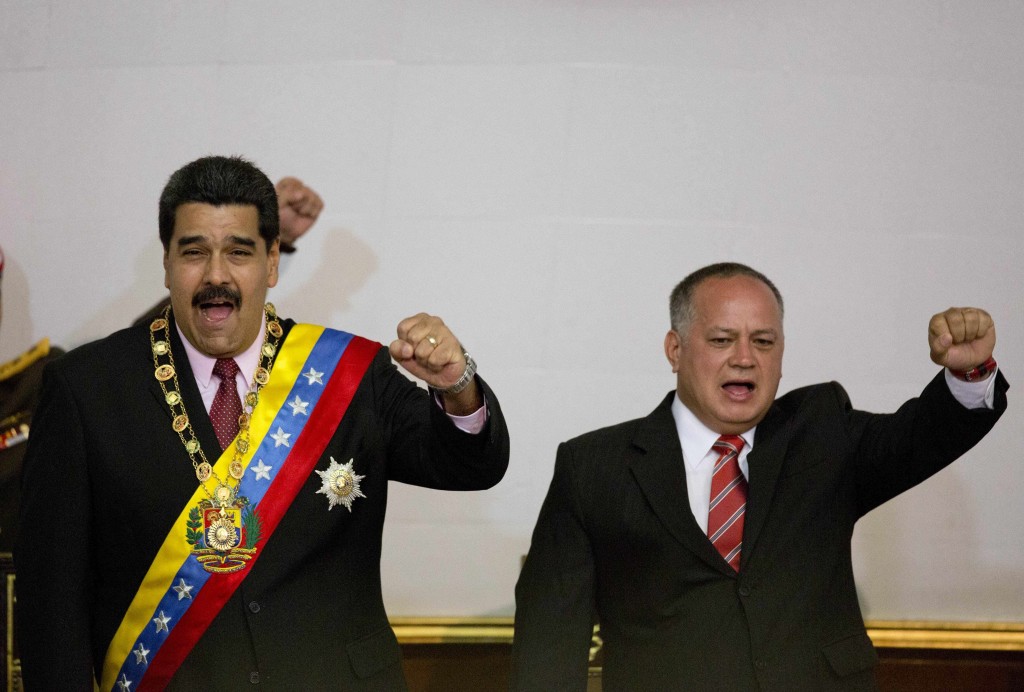 “Once the government knows you who are…they never forget it.”

Being an opposition journalist in Venezuela under former president Hugo Chávez and his successor Nicolás Maduro has never been easy. But since street protests in early 2014 over the country's rampant crime, food shortages and spiking inflation, the media climate has only gotten worse.

Journalists now live with death threats, harassment and the possibility of being fired for no reason. Recently Maduro's leftist government started cutting off newspapers' access to newsprint and imposing travel bans on journalists. One journalist in the government's crosshairs is Odell López, a reporter for Diario 2001, one of the few remaining independent media organizations left in Venezuela. López says his career has been shaped by his confrontations with Diosdado Cabelo, a former top aide to Chávez  who is now president of the country's national assembly and vice president of the ruling United Socialist Party. In May, the New York Times and the Wall Street Journal reported that the U.S. Drug Enforcement Agency was investigating Cabelo as part of cocaine trafficking and money laundering scheme involving senior Venezuelan officials, allegations Cabelo has denied.

López says that Cabelo intervened to have him fired from two previous media outlets, the newspaper Ultimas Noticias and the radio network FM Center. (Cabelo did not respond to a request from Global Journalist).  One source of tension: López's questioning of Cabelo's involvement in violence by pro-government group's during last year's street protests, and his defense of another journalist who also questioned Cabelo's role. In an interview with Global Journalist's Inés Gaviria, he spoke about government intimidation of the press and its effect on Venezuelan society.

Global Journalist: How would you describe the media climate in Venezuela?

Threats, bans on information distribution and financial distress are just a few of the calamities that we face. There are just three newspapers - Diario 2001, El Nacional and Tal Cual - that are not owned by businessmen who support Chavism. They are continuously censored and under threat of harassment and closure. Moreover, these newspapers have had to cut most of their pages because they lack paper, since the government is the only one authorized to buy paper and it denies independent media access to it.

The government charges journalists with crimes they have not committed without any proof, and the prosecutors usually support the government’s accusations. We are pointed out as enemies of the revolution.

GJ: Have you personally been censored or pressured? Have you feared for your safety?

López: Once the government knows who you are, where you live and who your family is, they never forget it. I have been held by Venezuela’s national police unit more than once, arrested when I am reporting in the streets [and] kicked out of supermarkets.

Bolivarian National Guardsmen have pictures of me covering a press conference given by the opposition party Voluntad Popular [led by the jailed opposition figure, Leopoldo López].

“You don’t have the right to take pictures,” they told me. “Do you think that because you’re a journalist you can just be here taking pictures?”

I cover politics, especially the Venezuelan parliament and opposition groups, and so I have always been uncomfortable around the government. The president of Congress and No. 2 of Nicolás Maduro, Diosdado Cabello, once threatened my colleague Hernán Lugo Galicia, who works for El Nacional, on a television program. I was asked to make a public apology because I defended Galicia on Twitter.

I didn’t, and so they tried to kick me out of the [Ultimas Noticias] newsroom by force, tried to take my journalist identification card and forbid me access to the parliament building. López: Some journalists have gotten used to not asking what they should. But there are still journalists who do their jobs in an honest way, even if they know that they are going to be censored.

GJ: Have you ever thought of quitting because your job is too dangerous?

López: No. There is no politician that will prevent me from doing my job. Not because I’m a hero - I will always have fear - but because it’s my duty to stay strong, to keep informing. It’s what I do best and what I love the most.

GJ: How does the lack of press freedom affect Venezuelan society?

López: People are blindfolded. They don’t know the true reality of their country. They can’t access truthful, verified information. That’s why most social groups do not question the government’s actions.

GJ: What is your hope for the future of Venezuela?

López: There is no such thing here. Insecurity is killing us and the economic crisis is crushing our efforts to have a good quality of life. During the weekends there are up to 400 murders just in the city of Caracas. Journalists are harassed more and more. It’s very difficult to keep hope that things will change.