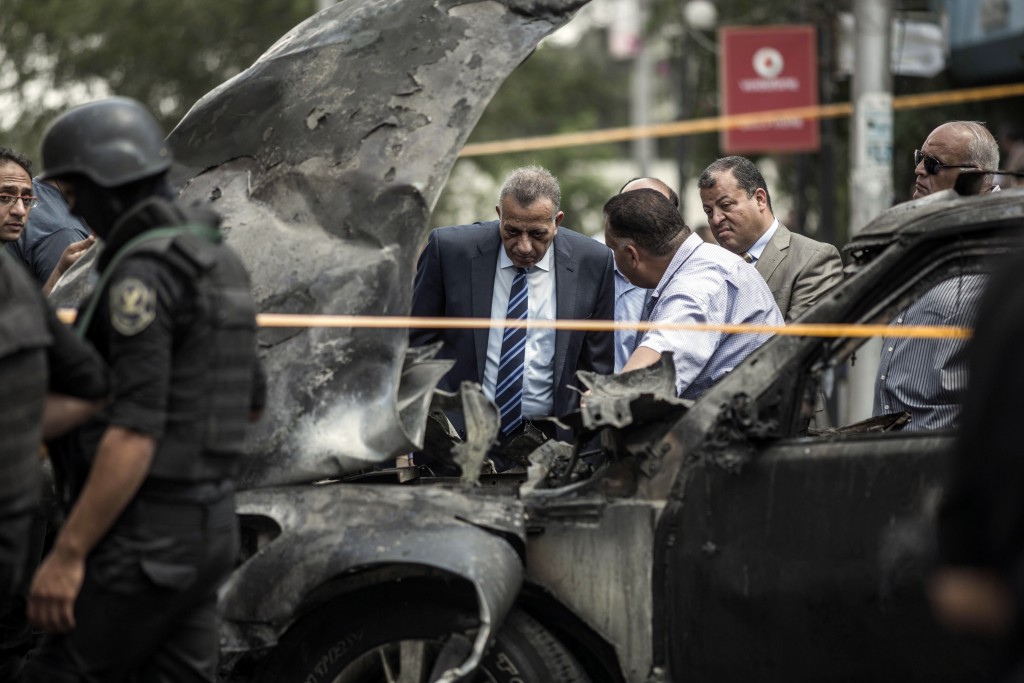 Security personnel investigate the site of a bombing that killed Egypt’s top prosecutor, Hisham Barakat, in Cairo, Egypt, June 29, 2015. The car bomb killed Barakat, in the first assassination of a top official in the country in a quarter century, marking an apparent escalation by Islamic militants in their campaign of revenge attacks for a 2-year-old crackdown on the Muslim Brotherhood. A car laden with large amount of explosives was detonated by a remote control as Barakat’s car and his entourage passed. (AP Photo/Eman Helal)

Al-Sisi has promised stability but his time as president has been anything but peaceful. Violence still rages throughout parts of the country, and reporters are being thrown in jail simply for doing their job.

On this edition of Global Journalist, we look at how the country has arrived at this point, and where it's going in the future.