Violence against women in Mexico 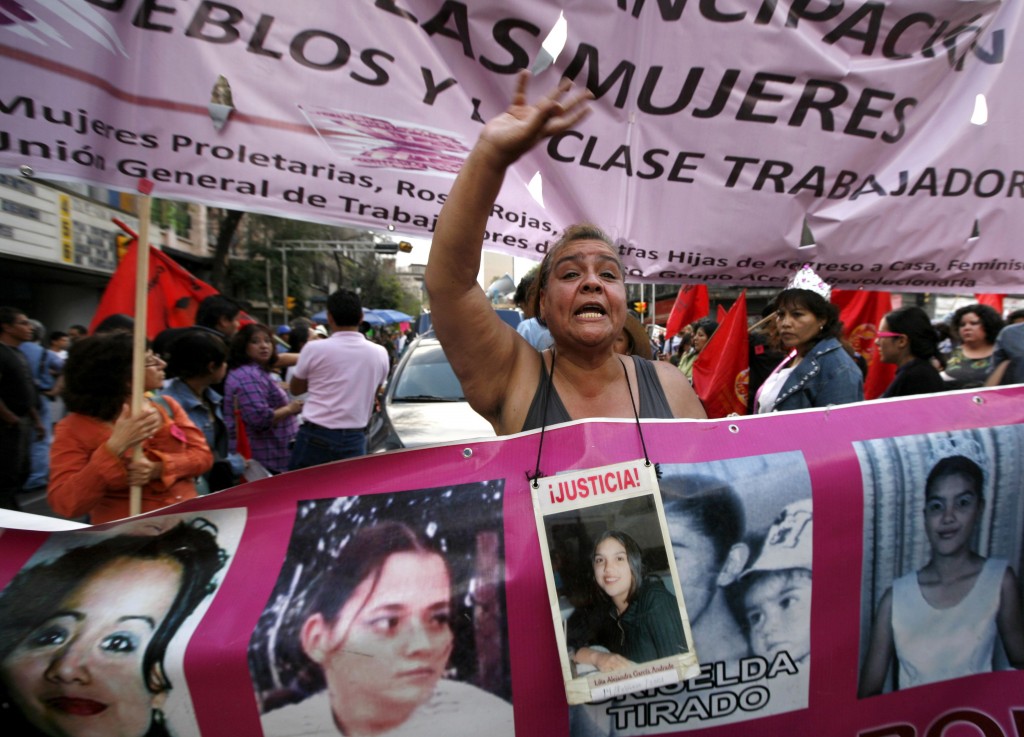 Norma Andrade, mother of Liliana Garcia Andrade, one of the women killed in the Mexican border city of Ciudad Juarez, carries an image of her daughter during a protest marking the International Women's Day in Mexico City, March 8, 2012. (AP Photo/Marco Ugarte)

It's a startling number: according to Mexico's National Citizen Femicide Observatory, six women are killed every day in the country.

On this episode of Global Journalist, we look at what's being called an "epidemic of violence."