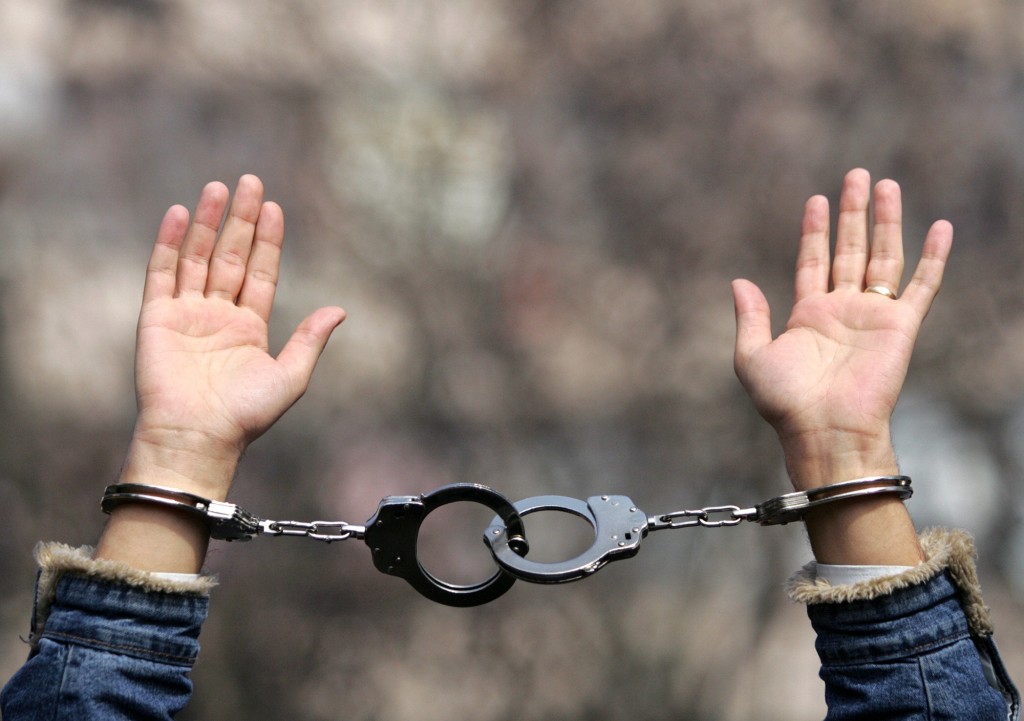 A Turkish journalist raises his handcuffed hands during a protest in Istanbul, March 17, 2005. (AP Photo/Murad Sezer)

A Turkish reporter faces up to 23 years in jail on charges of "insulting public officials" after she reported that eight prosecutors and a judge had received discounted homes from a government-owned real estate company.

The charges against Canan Coşkun, a reporter for the Istanbul-based daily Cumhuriyet, were reported by Turkey's Hurriyet Daily News and other news outlets June 24. She is scheduled to appear in court Nov. 12.

They stem from a Feb. 19 article about the distribution of units in a goverment-backed luxury housing project in Istanbul's Başakşehir district. Coşkun reported that the units were to be distributed through a lottery, but that the system had been manipulated to allow officials including Istanbul's public prosecutor and deputy public prosecutor and others with links to the ruling Justice and Development Party (AKP)  to purchase the units at a discount of as much as 100,000 lira ($37,000).

"Turkish journalists may soon find themselves in a situation that they are not allowed to implicate any public servant with their critical reporting," said Coşkun, in an interview with the International Press Institute. "In my story, there was not even a single criticism related to the duties of the judiciary members. It was only based on the fact that 'certain judges and prosecutors bought luxury houses with special discounts.'"

The move is the latest in a continuing crackdown on the press in Turkey.  Last year newspaper columnist Mahir Zeynalov, a citizen of Azerbaijan, was deported after tweeting a story about police failing to arrest al-Qaida suspects. It also routinely blocks access to social media sites including Twitter and YouTube. Rights group Freedom House says Turkey's press freedoms have been in decline for five straight years.

The authorities use the penal code, criminal defamation laws, and the antiterrorism law to silence Turkish  media outlets. Between August 2014 and March 2015, 236 people were investigated for "insulting the head of state,” according to BBC.