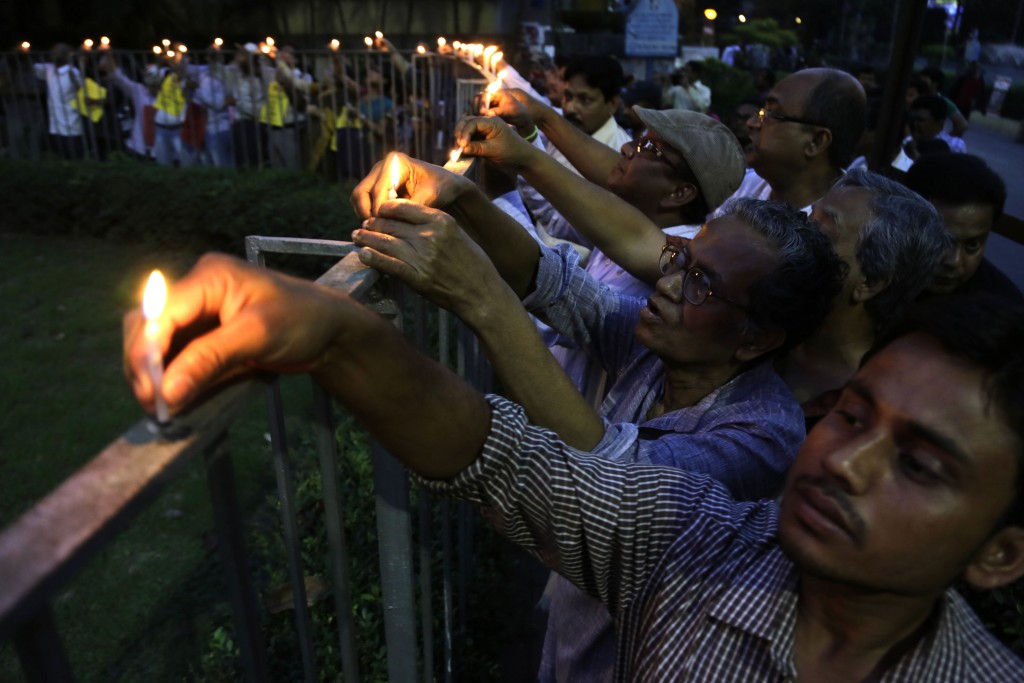 Intellectuals and people in general put candle lights on a fencing during a silent protest rally against the killing of writer and blogger Abhijit Roy of Bangladesh origin, in Kolkata, India, March 1, 2015. Roy was stabbed to death by religious fundamentalists in Dhaka, Bangladesh on Feb. 26 while returning from a book fair with his wife. The procession was organised by Bangla Bhasa O Chetana Samiti. (AP Photo/ Bikas Das)

Journalists and bloggers in Bangladesh are finding themselves increasingly under fire.

Last year, a group that calls itself “Defenders of Islam” published a “hit list” of more than 80 writers.

Then in the first six months of 2015, three of those named were hacked to death in separate knife attacks. The latest was in May, when four masked men attacked blogger Ananta Bijoy Das with machetes while he was heading to work.

The gruesome nature of these killings has brought attention to Bangladesh’s press freedom environment. But Islamic extremists are just one threat against journalists in the South Asian country.

On this edition of Global Journalist, we look at media in Bangladesh and how it's caught between the government and religious extremists.