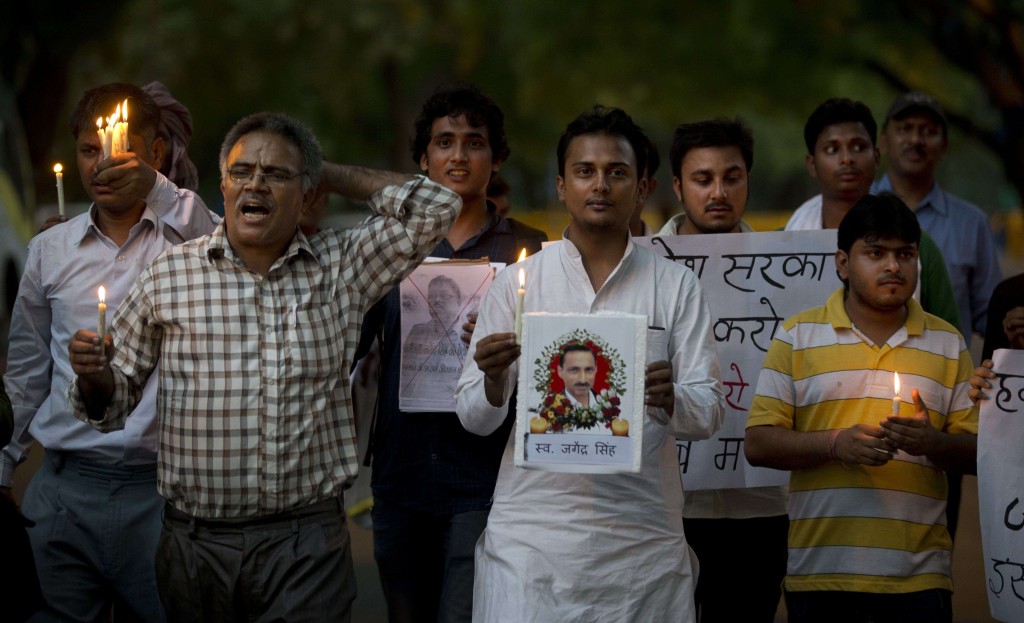 An Indian journalist was beaten and tied to a motorcycle and dragged for almost 100 yards for reporting on illegal land seizures in the northern state of Uttar Pradesh.

Haider Khan, a freelance reporter for a news channel in the state's Piliphit district, was attacked June 13 after being lured from his home by a false report of a robbery, news outlets including the Hindustan Times said. After arriving he was surrounded by four or five men who beat him before tying him to a motorcycle and dragging him.

Police have filed a case against four people in the attack but it is unclear if any arrests have been made, according to the Committee to Protect Journalists.

“The degree of brutality alleged in these cases is shocking and authorities need to take swift action to prevent a perception from taking hold that journalists can be attacked in Uttar Pradesh with impunity,” International Press Institute Director of Advocacy and Communications Steven M. Ellis said, in a statement.

The attack comes amid a recent spike in violence against journalists in India. On June 8, freelance journalist Jagendra Singh died of burn injuries sustained a week earlier during a police raid on his home. Singh had written a series of articles accusing Ram Murti Verma, a local minister in Uttar Pradesh, of illegal land seizures and authorizing illegal mining operations. Verma and five police officers were arrested and charged with murder. The local government has offered compensation to Singh's family, the Press Trust of India reported.

On June 20, police in the western state of Maharashta found the burned body of 40-year-old Sandeep Kothari, a reporter for local Hindu daily newspapers. Police have arrested three men in the case, and suspect the motive was related to Kothari's exposure of illegal mining operations in the region, the Press Trust said.