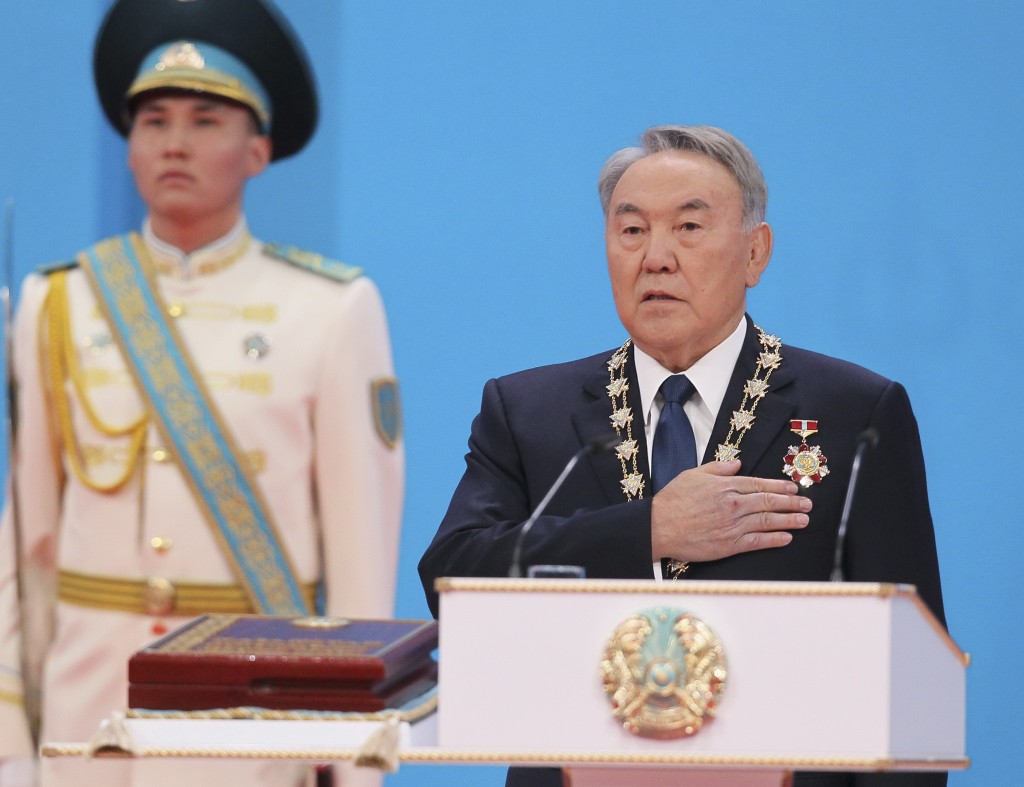 If you didn’t hear about Kazakhstan’s national election in April, you’re not alone. Even inside the central Asian country, the poll was barely covered by the media. As noted by a correspondent for The Diplomat, a Tokyo-based website, just five days before the poll some major news outlets in the country provided either no coverage of the election or only made reference to incumbent President Nursultan Nazarbayev.

The coverage should come as no surprise, given that Nazarbayev, who won the poll with more than 97 percent of the vote, has engaged in what the Committee to Protect Journalists calls the “eradication of Kazakh independent media.”

As in other former Soviet republics in central Asia, reporters in Kazakhstan have little room to report freely. They're subject to arbitrary detention and face stiff penalties for criminal libel, a charge often brought against those who publish criticism of the government. Covering politics in the oil-exporting nation of 17 million is particularly risky, as the government sometimes engages in “preventative arrests” even before reporters have written a story.

That was the case in January when four Kazakh journalists were arrested in advance of planned of protests over the closure of an opposition magazine. The magazine in question, Adam Bol (Be a Person), was ordered closed by a Kazakh court following a lawsuit filed by the mayor of Almaty, the country’s largest city. The suit accused the weekly of publishing an article about the conflict in Ukraine that “contains attributes of war propaganda and agitation” in violation of the Kazakh constitution, according to Human Rights Watch.

“The police will arrest the organizers of protests and activists before a protest so that not many people will show up,” says Dina Baidildayeva, a blogger and former social media editor for RFE/RL in the country.

In such an environment, reporting objectively becomes a political act in and of itself. “If you’re trying to be a journalist, you have to be an activist,” says Frederick Emrich, an assistant professor in the department of media and communications at KIMEP University in Almaty. “It requires you to take a critical stand.”

However taking a critical stand comes with consequences, given the Nazarbayev government’s history of attacks on the press. Since 2013, 19 media outlets have been closed by the government, according to a Kazakh media watchdog, Adil Soz. Perhaps most notable was the November 2012 closure of the newspaper Respublika along with seven related print outlets and 23 websites on charges of “propagating extremism, inciting unrest and urging the overthrow of the government,” according to an article by the U.K.’s Daily Mail. Among other criticism, the newspaper had accused former British Prime Minister Tony Blair of having “blood on your hands” for serving as a highly paid adviser to Nazarbayev after police killed 15 protesters in 2011. Respublika continues to operate online and is one of the few remaining independent media outlets in the country.

“The media culture here is very similar to the Wild West,” says Kenneth Harvey, associate professor of media & communications at KIMEP University. “Freedom of the press exists in that journalists can report against the government. But then they have to be prepared to face the consequences.”

Among the consequences are libel suits. Prior to its closure, Respublika had been ordered to pay $400,000 to the country’s BTA Bank, which sued the paper for its reporting on the bank’s takeover by the government. In 2014, Natalya Sadykova, a journalist for the independent newspaper Assandi Times, fled to Ukraine after facing libel suit over an article about corruption Sadykova said she had not written.

“Libel is a criminal issue favorable to the plaintiff,” Emrich says. “In addition to proving the truth, defendants also have to prove that no harm was caused as a result of what they published.”

It is no surprise then that many independent media outlets have shut down due to financial difficulties. The outlets that remain, like the online versions of Respublika and Adam Bol, are more cautious in the news they cover.

“They’re careful about not being very critical,” Baidildayeva said. “They don’t criticize the president himself. The journalists also have to self-censor themselves. They’re just afraid of being shut down.” Bloggers face fewer legal hurdles in Kazakhstan and less pressure as their audiences are relatively smaller. Still, the government has sought to generate positive online coverage by taking citizen journalists on “blog tours.”

“If a new factory opens, the government will invite the popular bloggers and tell them to write positive reviews about it,” Baidildayeva said.

Regulating independent voices online is more difficult than blocking print publications, but blocking websites, filtering content and denial of service attacks are common in Kazakhstan. In March, Radio Free Europe/Radio Liberty's website was blocked after the news service reported on a video depicting Kazakh members of the Islamic State in the Levant, or ISIL, calling for other countrymen to join them.

In February, reports of ethnic violence between Kazakhs and ethnic Tajiks in southern Kazakhstan were blocked on sites including Eurasia.net, RFE/RL and Today.kz. As of late 2014, more than 700 websites were blocked in the country, Eurasia.net reported, citing a prosecutor’s comments in local media.

“People here don’t quite get the role of freedom of the press in sustaining a viable democracy,” Harvey says. "Journalists think twice about what they report."