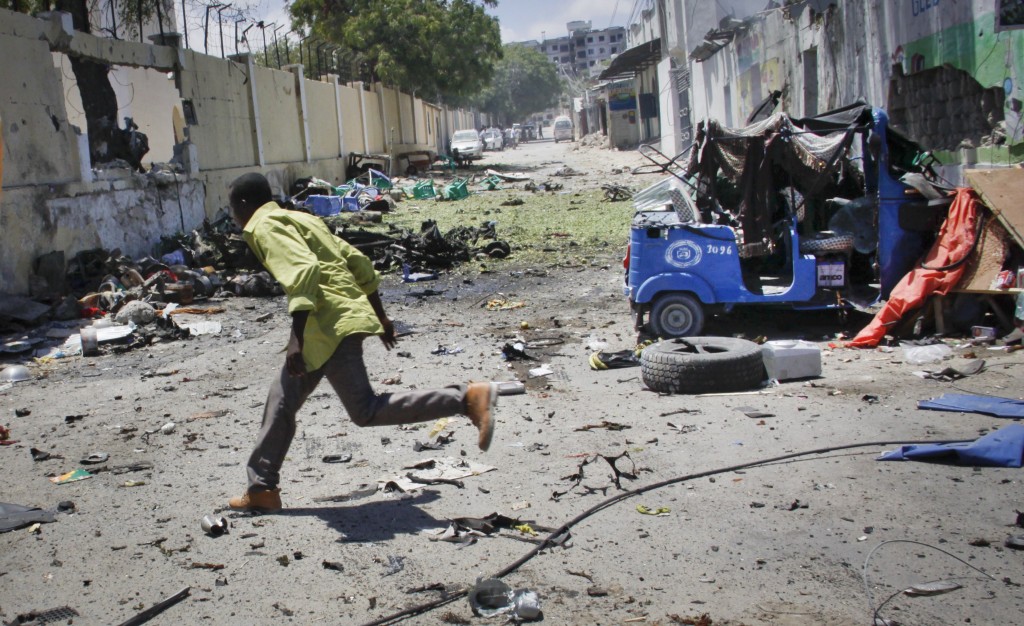 A man runs for cover during fighting following a car bomb that was detonated at the gates of a government office complex in the capital Mogadishu, Somalia, April 14, 2015. (AP Photo/Farah Abdi Warsameh)

A Somali radio journalist for a pro-government station and his wife have been shot and killed in their home in the south central city of Baidoa, about 220 kilometers (137 miles) northwest of Mogadishu.

Daud Ali Omar, 35, a producer for Radio Baidoa, and his wife Hawo Abdi Aden were shot while they slept April 30 by gunmen who escaped before police arrived about 1 a.m., the South Africa-based News 24 reported, citing Somali police.

The Islamist group al-Shabaab has claimed responsibility for the killing, accusing Omar of being an "entertainer for the government," the National Union of Somali Journalists said in a statement May 3.

Omar Faruk Osman, secretary general of the press group, said it would "continue to demand an end to threats to press freedom and an end to impunity for violence against media professionals."

Somalia is the one of the deadliest countries in the world. Though Omar was the first journalist killed in 2015, eight journalists have been killed in the country since 2013, according to the Committee to Protect Journalists.

In December, Mohamed Isaq Barre, a cameraman for the Kalsan TV station and Abdulkadir Ahmed Mayow, a reporter for Somali Channel TV and Star FM, were killed in a car bombing in Baidoa. Al-Shabaab militants claimed that they carried out the killings.