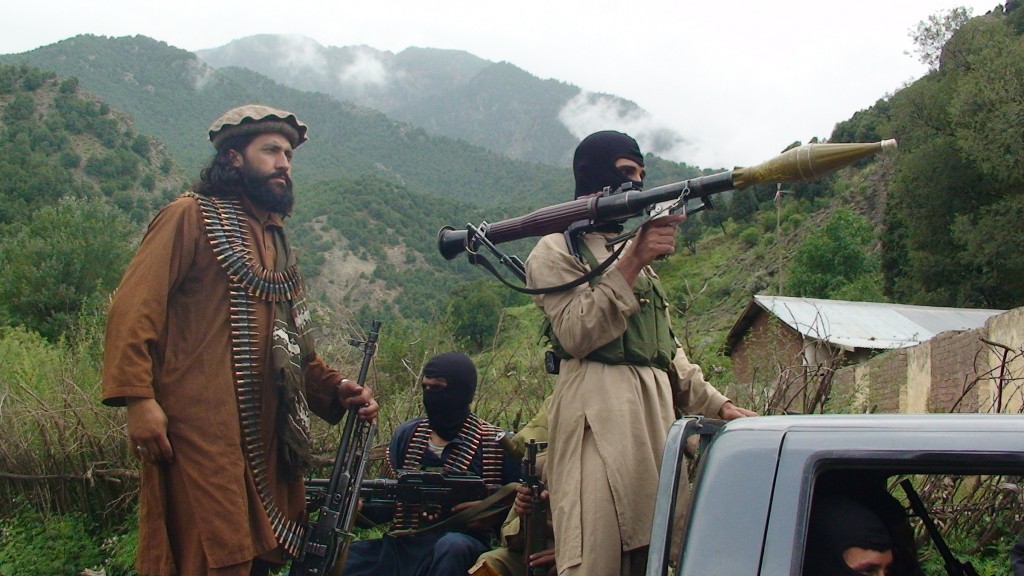 "The official story is the Islamic extremists targeted me, but anything is possible in Pakistan."

A love of writing led Raza Rumi to leave his secure, well-paying job at the Asian Development Bank and return to his native Pakistan to become a journalist. Rumi became a feature writer for the Friday Times, a liberal weekly, and later a columnist for Pakistani newspapers including The Express Tribune.

By 2010 he had become a television commentator and hosted a current affairs show on Pakistan’s Capital TV and Express News channels, and became well-known for his criticism of the Pakistani Taliban. On March 28, 2014 Rumi had just left the television studio in Lahore when gunmen opened fire on his car. The attack killed Rumi’s driver and injured his bodyguard, though Rumi escaped serious injury. In April 2014, police arrested Abdul Rauf Gujar, a member of the Taliban-linked militant group Lashkar-e-Jhangvi, and accused him of masterminding the attack. The trial is slated to take place in a military court, and according to Rumi, members of the militant group are trying to intimidate family members of his driver to prevent them from appearing. Rumi says he is unsure if the group was actually responsible for the attack.

Still afraid for his safety and concerned that the government is unable to protect him, Rumi fled Pakistan for Washington, D.C. Now a fellow with the National Endowment for Democracy, Rumi is writing columns for the Express Tribune, editing the Friday Times and contributing to Foreign Policy and Huffington Post. At NED he is researching the compatibility of democracy and Islam. That issue is particularly applicable in Pakistan, where 56 journalists have been killed since 1992, according to the Committee to Protect Journalists.

Rumi says that Pakistanis are divided on the issue of press freedom – with some citizens supporting attacks on liberal journalists like him. He spoke with Global Journalist’s Deme Walls about the limits of free expression in Pakistan and the failure of the country’s government to protect its journalists.

Global Journalist: You opposed a proposal for Pakistan’s government to negotiate with the Pakistani Taliban. How did that affect you?

Rumi: There was a growing body of public opinion in Pakistan that all these militants, we should talk to them and give into their demands. I was extremely vocal about the fact that they should be fought with and should be cracked down [on] and eliminated for our future. That is sort of what got me in trouble, among other things.

My last show on March 28, 2014 on Express TV commented on [Pakistan’s] blasphemy law. I questioned the death sentence [for] a Christian man for alleged blasphemy while those who attacked a Christian settlement in Lahore had been bailed out. I was trying to highlight how unjust the whole system worked with the Christians in Pakistan.

The second issue I took on was about a lethal militia, Lashkar-e-Jhangvi, which was an affiliate of the Pakistani Taliban and al-Qaeda. I tried to prove they were a big, entrenched network. For evidence I spoke to experts in the field and aired evidence-based views on the show.

GJ: What might be other motivations for the attack on you?

Rumi: The litany is long. I am a self-professed secularist, a liberal and have been a defender of Pakistan’s Muslim and non-Muslim minorities. I always emphasized reformation in Muslim beliefs and practices and criticized the monopoly of clerics over faith and society. So I was obviously disliked by the conservatives and violent extremists–and these are the most powerful elements of our society, backed by the state, since the 1980s.

I am also a supporter of making peace with Pakistan’s neighbor India. I wrote a travel book of my various trips to Delhi and some people tell me that I am in the bad books of the intelligence agencies as the Pakistani ‘deep state’ does not like any alternative idea because permanent hostility with India is central to Pakistani nationalism. You can see that I had angered a lot of forces. The official story is the Islamic extremists targeted me, but anything is possible in Pakistan.

GJ: You tried to seek protection from the government. What happened?

Rumi: The government’s minister came to visit me and he said, “Oh well, yes we will try our very best, but look the whole country is insecure, the state is insecure itself.” The police and its senior officials said: “You should probably not leave your house and not go out for a month.”

So how can you actually just be at home and be a journalist? I mean you have to go and speak to people, you have to visit places, you have to interview people.

Most importantly I was told by some people that they may try and attack you again and that really made me worried because I lost my driver in that attack, a human being. He died in front of me, and my guard was injured. I said that I am not going to take the risk if on my account somebody else gets hurt. I will not be able to forgive myself. OK, [if] I die, I die.

But if somebody else comes in the crossfire, once it has happened, I’m not going to let it happen again. So after a few weeks, then I decided to go away because my sisters live [in the United States].

GJ: How did it feel to leave Pakistan?

Rumi: The feeling was terrible because it was not just leaving a place, it was leaving your home and leaving your work. I was engaged with a think tank, I was editor of the paper, a television host and I had other public engagements at the time where I was getting a lot of audience and engaged with a variety of groups, individuals and movements in the country.

So it was extremely heartbreaking. Most importantly – the fact that in my own country, I did not have the freedom of expression, that it was subject to violence.

GJ: Do you ever wish you could go back in time and take back the things you said that may have provoked the people who attacked you?

Rumi: I do not regret what I did. The fact that some people got so mad that they wanted to kill and silence me shows that what I was doing was actually making an impact.

But at the same time, I’ve learned after coming very close to death and after seeing somebody die through barbaric violence is the fact that if you are alive you can do anything you want to, but if you’re dead, you’re dead.

It has taken me some time, but I am trying to cope with the trauma. It is the trauma of both somebody dying who was close to me for many years and then the exile, being in an uncertain location where I don’t know what I am going to do next. One day, I would like to go back. I don’t know when.

GJ: What changes need to take place in Pakistan for you to return?

Rumi: The Pakistani state needs to make me feel safe. The sectarian militia affiliated with the Pakistani Taliban that tried to kill me, its network has to be dismantled and the state has to stop nurturing it. If its network is alive and thriving, I will feel insecure. For that, Pakistan’s military intelligence agencies have to undo the jihadi monsters that they have created.