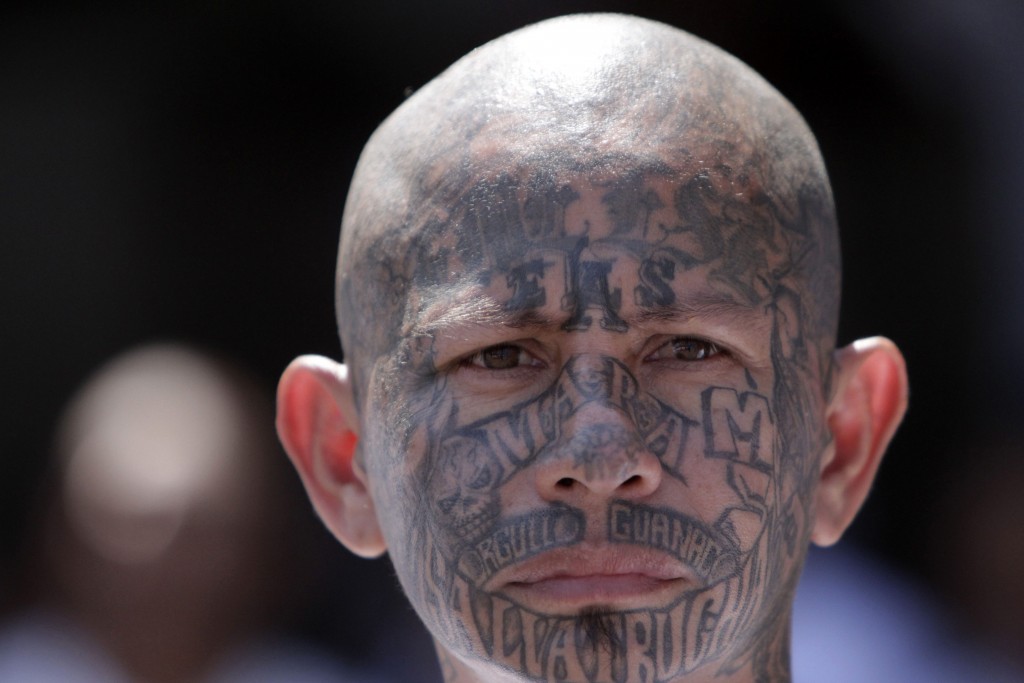 An inmate belonging to the Mara Salvatrucha or MS-13 gang stands inside the prison in Ciudad Barrios, El Salvador, March 26, 2012 (AP Photo/Luis Romero)

Gangs have made El Salvador one of the world's most dangerous countries. In March 2015, 481 people were murdered in El Salvador, a country of 6 million. That's more than were murdered in the state of Missouri, which has a similar population, in an entire year.

As Global Journalist's Taylor Nakagawa reports, the roots of the problem lie in a U.S. deportation policy from the 1990s.