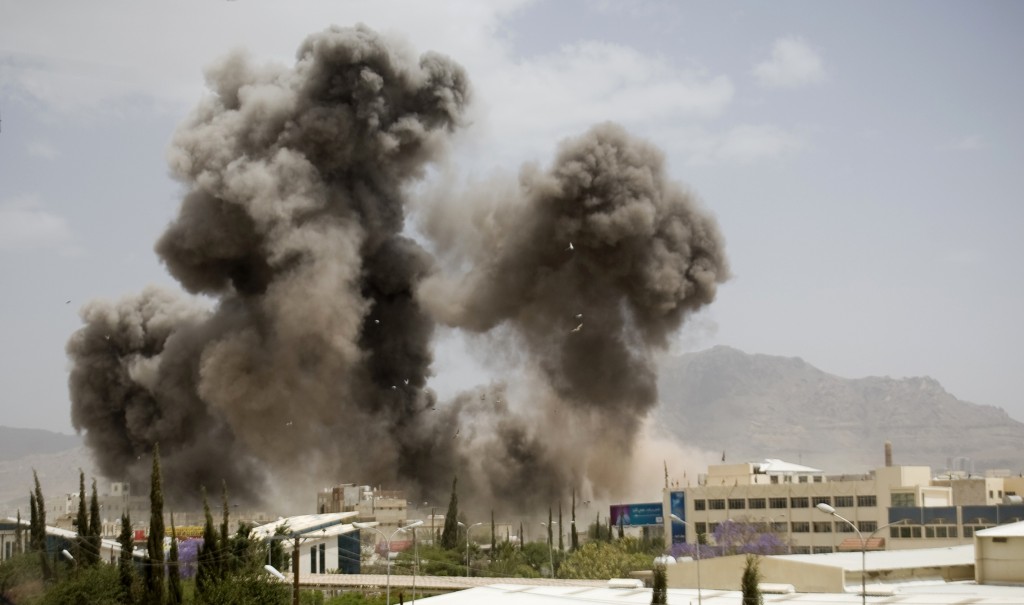 Airstrikes in Yemen by a Saudi Arabia-led coalition have killed four employees of a Yemeni television station and injured about 10 others. Among those killed in the April 20 attack in the capital Sana'a was Mohamed Rajah Chamsan, a presenter on Al-Yemen Al-Youm TV [Yemen Today] and Yemen FM.

In total, more than 30 people were killed 350 were wounded in the attack, which targeted a missile base run by the country's Houthi militia,  Reporters Without Borders said. The offices of nearby Al-Yemen Al-Youm TV, which is linked to former Yemeni president Ali Abdullah Saleh, were also damaged in the attack, forcing the station off air for more than an hour, the France-based press freedom group reported.

Saudi Arabia, a Sunni Muslim-led state, has led airstrikes on Yemen after Shi'a Houthi militias backed by Iran and allied with Saleh forced President Abd Rabbuh Mansur Hadi to flee the country earlier this year. The coalition includes Gulf states such as Qatar, the United Arab Emirates, Bahrain and Kuwait as well as Sudan, Egypt and Morocco. The U.S. has provided logistical support to the offensive.

Al-Yemen Al-Youm TV had to evacuate its offices earlier this year after the station received a phone call from someone who warned the channel its office was a military target, according to the International Federation of Journalists.