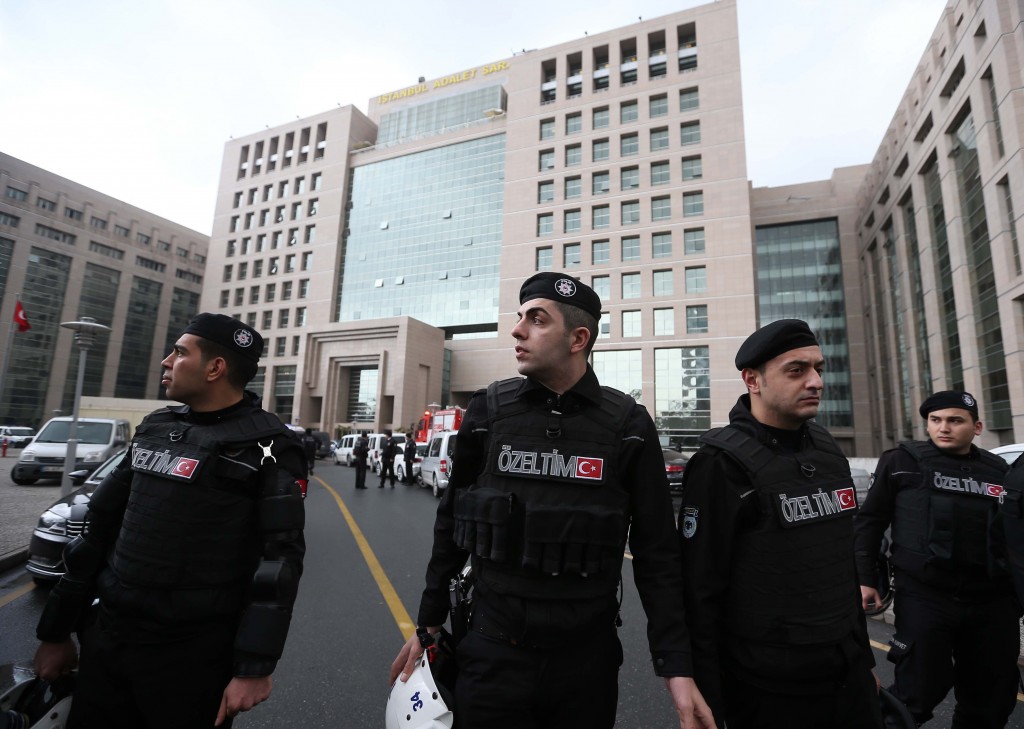 Turkey has blocked access to social media sites Twitter and YouTube after users published online photos of Marxist militants aiming a gun at a hostage who was later killed in a shootout with police last week.

The move announced by a presidential spokesman April 6 came after Turkey's Prime Minister Ahmet Davutoglu issued a temporary ban on coverage of the March 31 killing of Mahmet Selim Kiraz, a Turkish prosecutor who was taken hostage in a Istanbul courthouse. That move resulted in the country's main television stations terminating live coverage from the courthouse and limiting their reporting to official government statements, according to Reporters Without Borders.

Reporters from news outlets critical of the government that had published photos of the capture also were banned from covering Kiraz's April 1 funeral, the France-based press freedom group said.

The Istanbul prosecutor's office has opened a criminal investigation against seven newspapers that published photos of the standoff. One Turkish newspaper, Cumhuriyet, has said it would file suit over the funeral ban.

Kiraz had been leading an investigation into the death Berkin Elvan, a 15-year-old boy killed during the Gezi Park protests against the government in 2013.  Two gunmen from the outlawed Revolutionary People's Liberation Party/Front seized Kiraz March 31 at Istanbul's Çağlayan Courthouse, demanding that the police officer who fired a tear gas container that hit Elvan broadcast a confession for his role in the death, according to Turkish media.

The move is the most recent in a series of publishing bans on media and blockages of social media websites in Turkey. They include bans on coverage of corruption allegations against government ministers, a raid on Turkey's consulate in Mosul, Iraq by ISIL that resulted in the capture of 49 staff, and a 2013 terror attack in southern Turkey that killed 52 people. Turkey's President Recep Tayyep Erdogan had previously taken steps to ban social media after secret audio recordings emerged implicating his son in corruption.