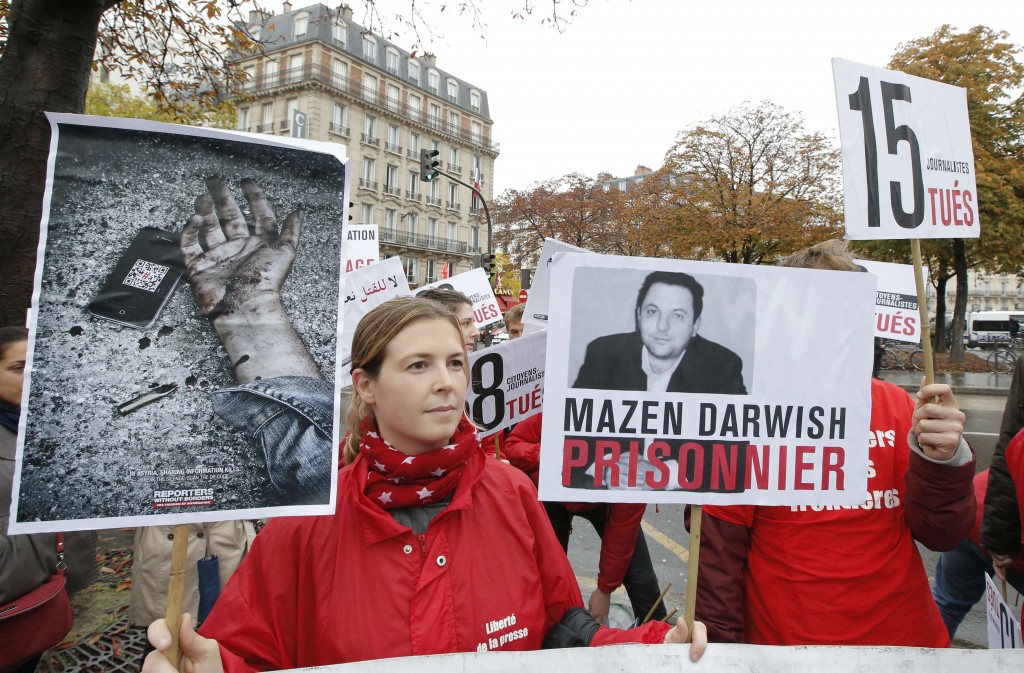 A prominent Syrian journalist and free speech activist jailed for three years will face a new hearing on terrorism charges April 15 that could lead to a sentence of sentence of up to 15 years.

Mazen Darwish, the founder of the Damascus-based Syrian Center for Media and Freedom of Expression, was jailed with colleagues Hanni al-Zitani and Hussein Gharir in February 2012. He is due to be transferred from a prison in the southern town of Suwayada to the capital for the hearing, the International Press Institute said on its website, citing Darwish's wife Yara Badr.

The trial of Darwish and his colleagues has been subject to repeated delays. They were not formally charged until March 2014, and more than a year later, have yet to face trial amid a number of postponements, according to Pen International, a free speech advocacy group.

Darwish has won international press freedom awards, including IPI's 2015 World Press Freedom Hero and the 2015 UNESCO/Guillermo Cano World Press Freedom Prize. In addition to working at the Syrian Center for Media and Freedom of Expression, he had been a co-founder of Voice newspaper and the independent news site Syriaview.net, as well as the founder of a magazine about media affairs, according to UNESCO.