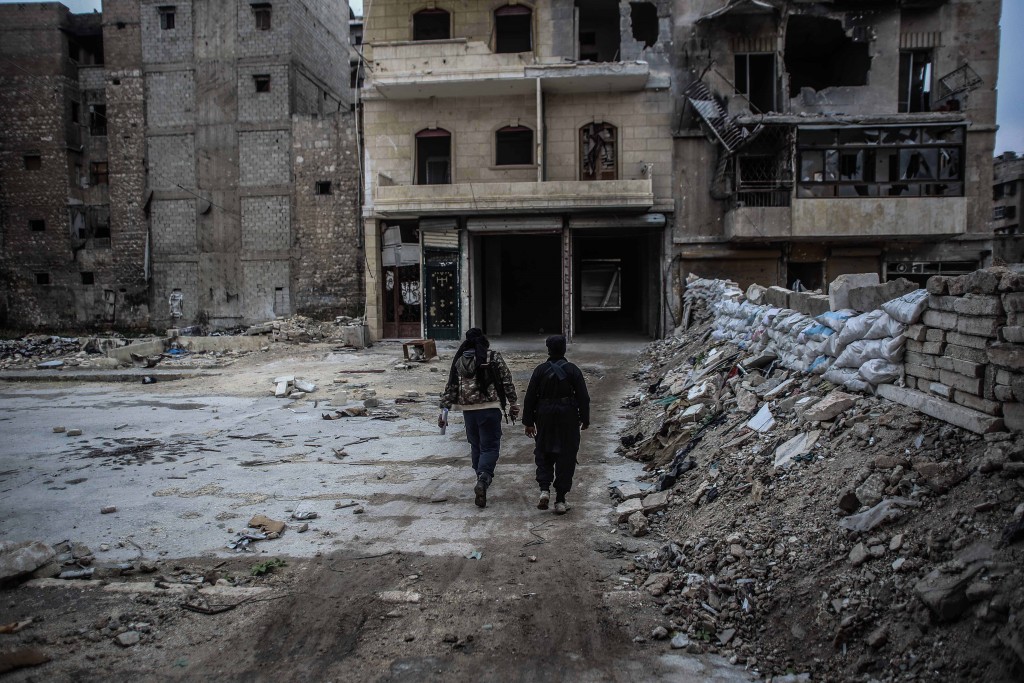 "If someone breaks a leg they get help for it."

The highly-publicized deaths of James Foley, Steven Sotloff and Kenji Goto have highlighted the huge risks Western journalists take when reporting inside Syria. Yet there is also a hidden toll on international reporters who have covered the conflict: depression.

A recent study released this year by University of Toronto psychiatrist Anthony Feinstein and journalist Stephen Starr showed that Western reporters who worked in Syria showed significantly higher rates of depression than than those who covered the war in Iraq. To measure the toll, Feinstein and Starr made a survey website and collected behavioral data from 59 Western journalists who had covered the Syrian conflict to look for signs of post-traumatic stress disorder and other markers of psychological distress.

They then compared the data with that from a similar survey of 84 journalists who covered the early years of the Iraq war. What they found is that those who covered the Syrian conflict reported greater feelings of worthlessness, helplessness and suicidal intent. They also found that reporters covering Syria were more likely to be women, freelancers, single and less experienced in covering wars.

Since women tend to have higher rates of depression than men, the researchers had to control for the demographic difference of their population. Still, the higher proportion of women could not explain the difference in psychological trauma.

"It really boiled down to the nature of the conflict," says Feinstein.

The mechanics of reporting in Syria have been much more difficult than in Iraq, Feinstein says. Journalists covering the invasion of Iraq could rely on the security of a military base or a fortified bureau. In Syria, foreign journalists do not have access to such safe spaces and work under constant threat to their safety. They also often do not have access to the emotional and psychological help they may need because of a lack of access to care, the stigma of mental health issues, and the fact that mental health problems often go unrecognized.

Freelancers in particular are more vulnerable, since they typically do not have access to the support resources of a large media organization. There is also the fact that journalists have been specifically targeted for kidnappings or murder during the Syrian conflict in a way they were not in Iraq.

“The danger of the conflict, the absence of safe places, the fact that journalists are now becoming high profile targets for kidnap and ransom or worse,” says Feinstein. “That’s new."

Finally, journalists are particularly pessimistic about prospects for ending the Syrian conflict, which has left more than 200,000 people dead as it enters its fifth year.

"There's almost this sense of despair that the reporting hasn't changed anything," says Feinstein. "It hasn't really made a difference, that the country is still unraveling and they find this difficult to deal with."

Given that Syria has been the most dangerous country for journalists in each of the past three years, according to CPJ, it is unlikely the causes of emotional stress will disappear. Even as news organizations have increasingly relied on freelancers to cover foreign news as a cost-cutting measure, they should recognize the psychological toll this is taking, says Feinstein.

"If you don't treat them, they don't get better by themselves, and they can take a journalist down very hard," he says.