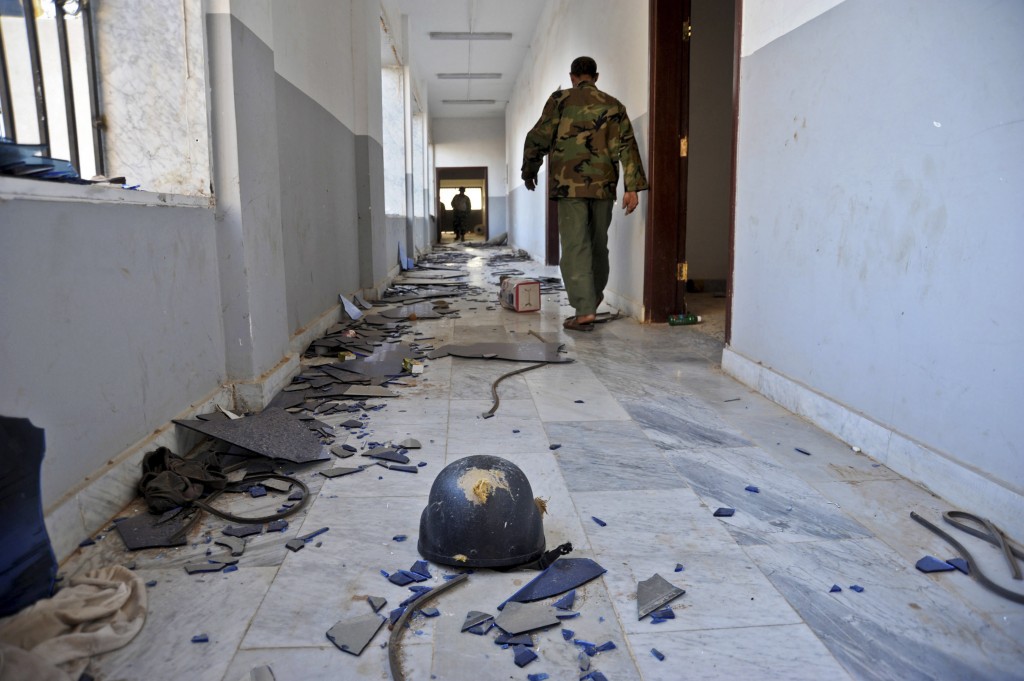 A Libyan soldier walks past damage inside a building that was used by Islamic militias for fighting in Benghazi, Libya, Nov. 3, 2014. (AP Photo/Mohammed El-Sheikhy)

A Libyan journalist who was covering fighting between Islamist militias and pro-government groups in the eastern city of Benghazi has been killed.

Muftah al-Qatrani, 33, a producer for Libya's Al-Anwar television company was shot in the head in his office near the center of the city April 22, news outlets including Agence France-Presse reported.

His body has been sent to a forensic medical examiner. No group has yet claimed responsibility for his death, the Committee to Protect Journalists said.

Eastern Libya has been the scene of ongoing fighting between groups battling for control of the region's oil facilities since the uprising against former dictator Muammar al-Qaddafi began in 2011.

Impunity for those who attack journalists and efforts by Libya's courts to prosecute journalists for defaming public figures have led to a rise in self-censorship and the number of journalists fleeing the country, Human Rights Watch said in a February report.

From mid-2012 until late 2014, the New York-based rights group documented eight killings of journalists, 30 kidnappings or short-term detentions and 91 cases of threats and assaults against journalists. There were also 26 armed attacks on broadcasting offices. Authorities failed to conduct a "serious investigation" into any of the cases Human Rights Watch investigated, the group said.