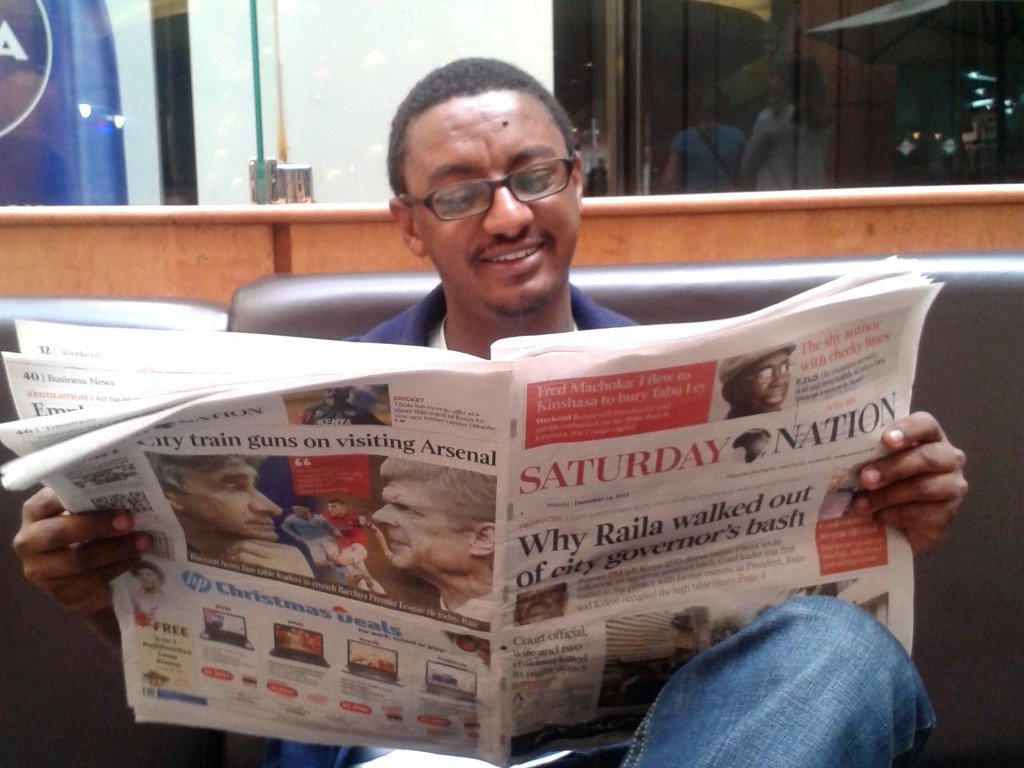 Freelance journalist Tesfalem Waldeyes, 35, was among the traditional media reporters arrested in April 2014 along with the Zone 9 bloggers. He was taken to the Maekelawi police station, a federal detention center in Addis Ababa and later to federal court.

He was accused of writing and blogging in order to destabilize the country through social media and of collecting money from an unspecified foreign organization. Like the Zone 9 bloggers, his trial has been scheduled to begin May 26, two days after Ethiopia’s national election.

Waldeyes had worked for many of Ethiopia’s private newspapers over the past decade. He was a news editor for the now defunct weekly Addis Neger, which closed after senior editors fled the country. He was also a regular contributor to Addis Fortune, an English-language business paper and to the English magazine Addis Standard. In addition, he worked frequently as a fixer and translator for visiting foreign journalists, helped found an association for environmental journalists and started his own publications.

“He has tried his best to keep a critical magazine alive in his country,” says Rhodes, of CPJ. “He started Feteh [Justice]. Authorities blocked it. The he started another publication Addis Times. Authorities shut it too. He tried then with Magnanimity…and finally with Fact, whose last edition was published in September 2014 after the printers refused to issue it anymore.”

Waldeyes was a careful and highly respected journalist in Ethiopia, says Endalk Chala, one of the Zone 9 bloggers who now lives in the United States. “He was one of the most conscientious reporters, he was trying to be as objective as possible and to report in a very fair way,” says Chala. “That was his defining characteristic: when he worte a report or when he engaged in a conversation, he was always talking about these journalistic principles.”

Waldeyes arrest came as a surprise to Chala. “It’s weird to us that he was arrested…we had the opinion pieces but Tesfalem was very careful,” he says. “He only used journalistic skills to tell a story: factual, empirical-based reporting.”