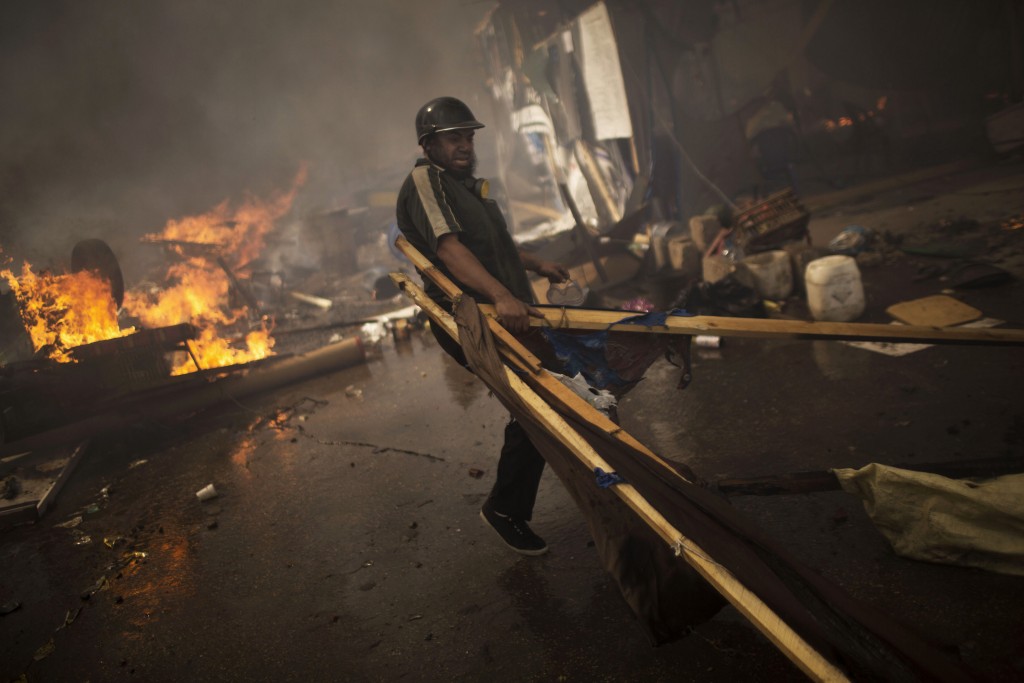 An Egyptian court in Cairo sentenced three Egyptian journalists to life in prison for their coverage of a 2013 protest following the coup d'etat that ousted former president Mohammed Morsi. An Egyptian-American citizen, who translated for foreign media, was also sentenced to life imprisonment.

Abdullah al-Fakharany, executive director of the news website Rassd,  Samhi Mustafa, the site's co-founder, and Mohamed al-Adly, an anchor on Egypt's Amgad TV, were sentenced to life in prison on charges of “spreading chaos” and “spreading false information” in their coverage of the Rabaa Al-Adawiya sit-in protest in Cairo.

Rabaa Al-Adawiya is the mosque that supporters of ousted president Mohammed Morsi occupied when he was removed from power in July 2013. The next month the military violently broke up the protest, killing more than 800 people and destroying the mosque in the process.

The three journalists were arrested two weeks after the violent dispersal in Cairo and were originally accused of “disturbing the peace.”

Mohamed Soltan, a dual citizen of Egypt and the U.S., and the son of a member of the Muslim Brotherhood, was also sentenced to life in prison on charges of membership in the Muslim Brotherhood and spreading false information to the media, according to news outlets including the Associated Press.

Soltan translated for foreign journalists covering the sit-in at Rabaa Al-Adawiya Square. He was arrested in August 2013, and went on a hunger strike for more than 14 months to protest his imprisonment.

“He never committed a crime,” Soltan’s sister, Hanaa, told VICE News reporters. “He was a citizen journalist, active on social media and helping journalists gather interviews and get information.”

Judge Nagy Shehata, who has been widely criticized for handing out harsh sentences with little supporting evidence, issued the rulings. In June 2014, he sentenced three Al-Jazeera journalists to prison terms, ranging from seven to 10 years, on charges of conspiring with the Muslim Brotherhood.

Egypt is the sixth worst jailer of journalists in the world, according to CPJ’s most recent prison census. Twelve journalists have been arrested in Egypt since 2013.