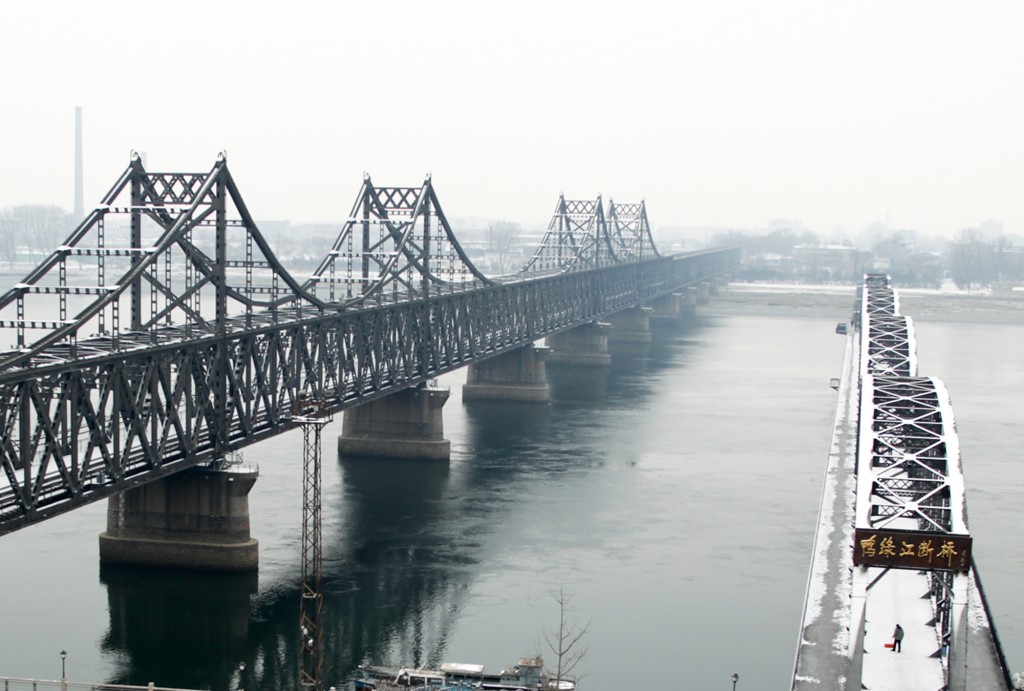 Xuan Qin, until recently a reporter for China's Phoenix Weekly, covered China's North Korea border region for the Hong Kong-based newspaper. At border cities like Dandong and Yanji he spoke to both Chinese and North Koreans who cross the border to do business. Many ethnic Koreans already live in the cities, and more North Koreans are visiting China than ever before, Qin says.

Qin spoke with Global Journalist's Jinghong Chen about getting an up-close view on one of the world's most isolated countries and what defines the relationship between China and its Korean neighbor.

Global Journalist: What sparked your interest in North Korea?

Qin: I think North Korea has a similar political system with China. I wish to offer more information about North Korea to my readers and let them rethink its social system. North Korea is like the old China in the 1970s, but today China is a combination of socialism and capitalism.

GJ: How many times have you been to North Korea?

Qin: I have been to North Korea once and stayed there for two days, but I go to the China-North Korea border twice each year, like Dandong and Yanji. I can collect information from the people and businessmen there. Sometimes I talked to the North Koreans, but they don’t know that I am a journalist. Anyway, they would not share anything about politics or their leaders with me.

But I still got plenty of information. Like, once in Dandong, I met a businessman from North Korea who told me the price of real estate in Pyongyang was about 3,000 yuan ($483) per square meter . It means there was an underground market, and it worked well. Theoretically their land and houses belong to the government and to the country, so how could they do that? I am still curious about this.

GJ: What is daily life like for North Koreans?

Qin: It is like life in China in the 1970s. People are like soldiers that live in military camps. Each morning, they wake up at 6 a.m. and clean their house, clean the street and then go outside. The men go to the office and the ladies go to the market to get money, because the salary paid by the government is too little, even to intellectuals. Before 2012, the salary of a professor was only enough to get two bottles of beer. So how do you pay for food and buy stuff? I still do not know.

GJ: Are there any changes in North Korea in recent years under Kim Jong-Un?

Qin: North Korea has become more open to the outside world. I have collected some data on how many times North Koreans visit China each year, and we can see that since 2009, the number rises quickly. In 2013, the number is about 200,000 times - twice as many as that in 2009.

[The government worries] about [people demanding changes after] they go outside to know more about the world. However, the government also knows it has to let people leave to get more money from foreign investments. Because of the sanctions on North Korea, they need U.S dollars to develop nuclear projects and other projects, so they have to make people go outside to get money [and bring it] back. More and more people can go outside, and they will see the huge gap between their homeland and the global society. I think this is the most crucial thing happening under Kim Jong-Un’s leadership.

GJ: How does the border trade function between North Korea and China?

Qin: North Koreans come over to the border and purchase anything that they are allowed to purchase, such as sausages and bicycles. In Dandong, the main crossing on the 800-mile Chinese-North Korean border, it is easy to tell how [many people] are from North Korea from their dressing and the way they walk. I have heard that they [know] how to buy thing on Chinese websites, as that would be cheaper. They are quick learners.

But how do the domestic North Koreans live their lives? Perhaps nobody can tell exactly. But one thing is for sure—the rationing cannot meet people’s needs in daily life, so the black market is thriving. Right now, some black markets are partially accepted by the government, and some businessmen got the acquiescence from the government, becoming the “white gloves” - middlemen… that launder dirty or corrupt money under a seemingly legitimate front, [for] the powerful politicians. GJ: How does the economy inside the country operate?

Qin: I think North Korea has three kinds of economic systems. The first one is the socialist public economy, which means that the central government organizes production and distribution. Since the 1990s, this system is half-dead, as the factories lack energy and supplies; the workers are slack in work; the farmers suffer from heavy burden. These problems have lasted for almost 20 years, so it is not hard to imagine how bad the economic situation is.

The second one is a secret economy of royalty, which is controlled by the top leadership of the ruling Workers’ Party of Korea and the military. This is the Kim family estate, which is beyond the government’s control. This secret economic system controls the energy and raw materials, exports, counterfeit money, narcotics, weapons and so on. It does not count in the national budget.

The third type is the market economy. It was a black market in the very beginning, and now it is half-underground. Most of the market participants are women; I believe that most adult North Korean women get involved.

I have been to the Rajin market, which is probably the largest and the most active market in North Korea. It is similar to the wholesale market for small products in China, and you can buy agricultural and sideline products, light industrial products, even fast food.

I found that it is interesting that the [North Korean special economic zone] city Rajin is like a military camp with neat and clean streets and law-abiding citizens. There are no signboards, posters, advertisements, even trash cans. People put real or fake flowers on the balconies alongside the streets, and nobody hangs their clothes there. However, the Rajin market is totally different. The ground is very dirty. There are thieves and beggars, and the sellers call out to customers. GJ: What do you think will happen to North Korea in the future?

Qin: North Korea is promoting economic reform, and some scholars like [North Korean historian] Andrei Lankov thinksthat North Korea will make reforms like China. Yet it is also possible that Kim Jong-un may reverse the reforms after he believes his government is stable. That is what his father, Kim Jong-il, had done. But anyhow, North Korea is different now and the society that Kim Jeong-un is leading is definitely different from that of his father and grandfather. At that time, most of the Koreans probably would die for their national leaders. But now, things are changing. The North Koreans also have smartphones and watch [South] Korean dramas in secret.

Kim Jeong-un has to find new ways to deal... with the society, and without strong support or intervention, he will find it hard to counter the challenges. So I think the future does not seem very hopeful.

Correction appended: An earlier version of this story identified Qin as a reporter for the Southern Weekly newspaper.