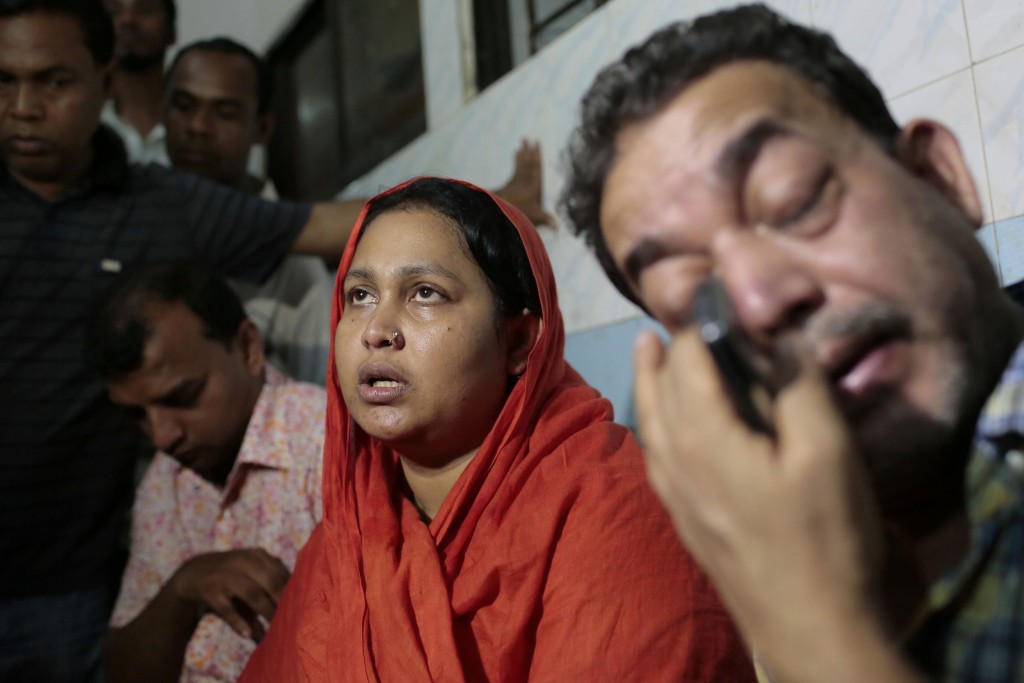 A Bangladeshi blogger critical of Islamic teachings has been hacked to death by machete-wielding men on the streets of the capital Dhaka, the second such killing of a critic of the religion in just over a month.

Oyasiqur Rahman, 27, known on Facebook simply as Oyasiqur Babu, was on his way to work at a travel agency March 30 when three men attacked him with machetes. As they ran away, two suspects were caught while the third managed to escape, according to the Dhaka Tribune, a Bangladeshi newspaper. Rahman was taken to a hospital where he was declared dead. A protest in Shahbag, Bangladesh over the killing of blogger Oyasiqur Rahman. (Reazul Alam)

The two men arrested, identified as Zikrullah and Ariful, told police Rahman had been killed for his writings on religious issues, according to the newspaper. They said they attacked Rahman on the orders of their religious teacher at the Islamic school they attended.

Rahman’s killing is similar to the Feb. 26 killing of Avijit Roy, a well-known atheist blogger and author who was an outspoken critic of Islamic extremists. Roy was also hacked to death in Dhaka. Police later arrested a suspect, Farabi Sahfiur Rahman, with links to Jamaat-e-Islami, a banned Islamist political group.

After Roy’s death, Rahman changed his profile picture to a black background with the words “#iamavijit.” His cover picture is the hashtag “words cannot be killed,” which was started by Roy’s daughter, Trisha Ahmed.

Rahman is known for his series of posts “Jaw-crushing answers to insulting comments of atheists,” some of which are written in Bengali. The posts pair questions and answers in such a way as to highlight the contradiction in Islamist teachings.

Unlike Roy, however, Rahman was not a very influential blogger, according to Imran Sarker, head of Blogger and Online Activists Network in Bangladesh. Rahman was targeted because he was an individual blogger, Sarker said in an interview with the Business Standard, a newspaper in Banglore, India.