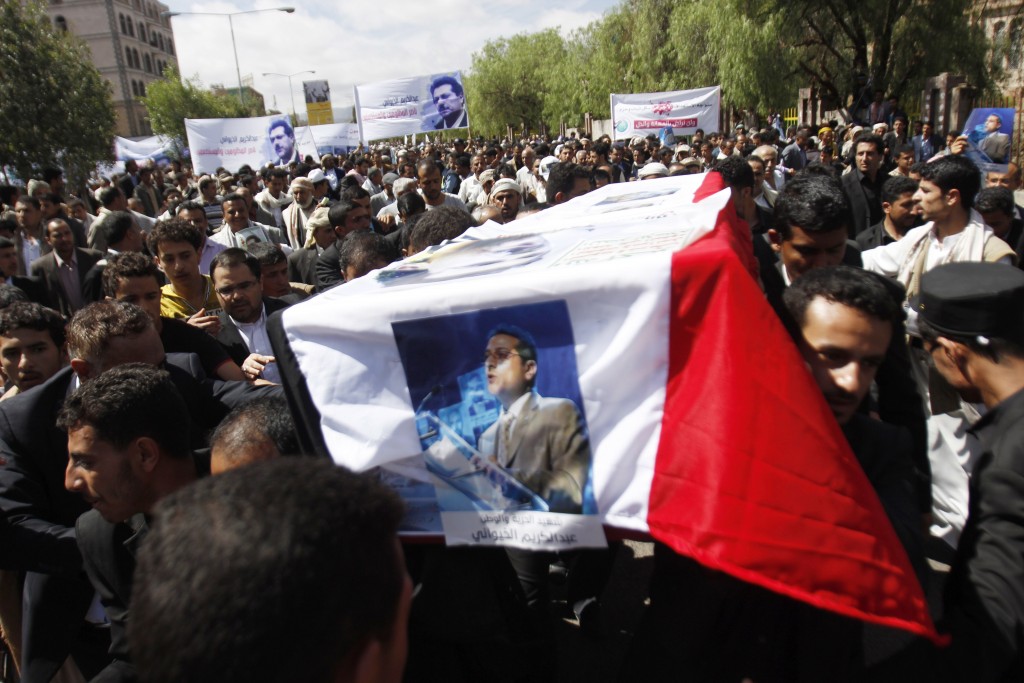 A prominent Yemeni journalist, human rights activist and leader of the Shi'a Houthi movement has been buried days after his killing by unknown gunmen in the capital Sana'a.

Mourners supportive of the Houthi movement, which has taken control of much of the country's north, raised their fists and chanted slogans at the March 24 funeral of journalist Abdulkarim al-Khaiwani, the Associated Press reported. Al-Khaiwani was a member of the Houthi's revolutionary council.

He was shot as walked out of his house March 18 by two armed men riding a motorcycle, al-Jazeera said, citing the journalist's son, Mohammed al-Khaiwani.

The former editor of Yemen's al-Shoura newspaper, which was forced to close in 2005, al-Khaiwani was known for his criticism of former president Ali Abdullah Saleh's government. In 2008, he won an award for human rights defenders from Amnesty UK.

In 2004, al-Khaiwani was arrested and charged with insulting Saleh. In 2007, he was again detained and arrested on charges of disseminating information harmful to the morale of the army after being accused of links to the Houthis, according to Reporters Without Borders. After his release later that year, he was abducted and beaten by men suspected of being state security agents, the France-based press freedom group said.

Fighting in Yemen has escalated over the past week as the Houthis have launched attacks on the southern city of Aden and President Abd-Rabbu Mansour Hadi has been forced to flee the country. Saudi Arabia, an ally of Hadi, has launched airstrikes on Houthi targets in the country.