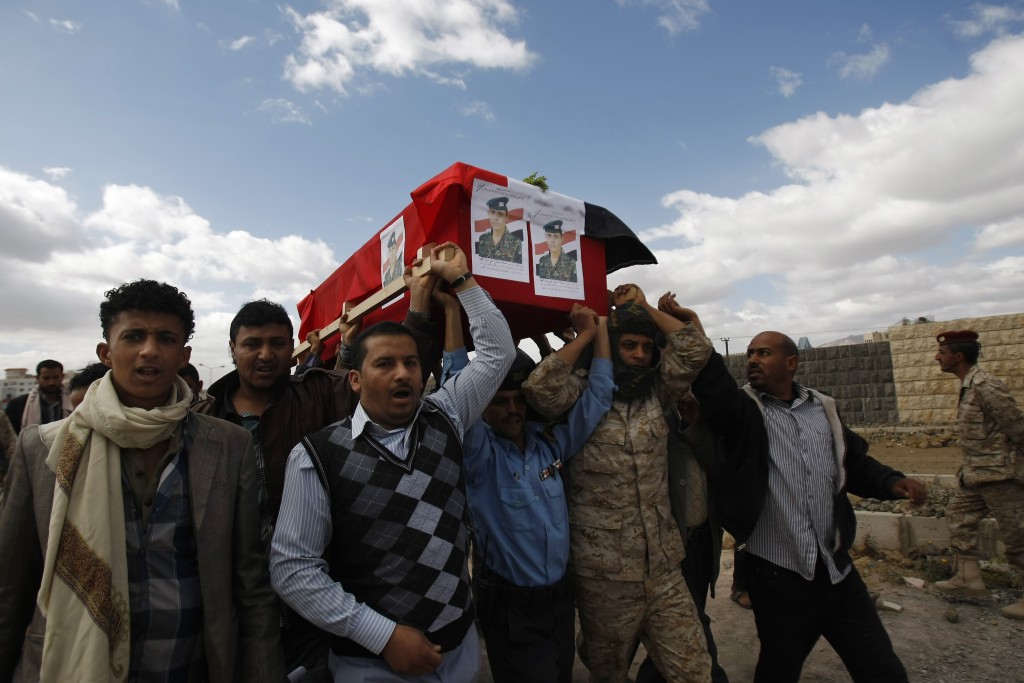 With continuing carnage in Syria and Iraq and a recent election in Israel, there’s one story that has been overshadowed from the Middle East: the chaos in Yemen and the space it creates for al-Qaida in the Arabian Peninsula.

AQAP, as its known, is perhaps al-Qaida’s most dangerous branch. Most recently, it appears to be behind the attack on the French satirical newspaper Charlie Hebdo in January, which left 12 dead. The January ouster of Yemen’s Western-backed government by the Iranian-backed Shi’a Houthi militia was an opportunity for the group to exploit the country’s growing sectarian divisions, says Steven Zyck, a researcher at the London-based Overseas Development Institute.

“They see this as a Shi’a versus Sunni war for the control over the country,” says Zyck. “That may bring foreigners to Yemen, leading them as well as Yemeni individuals to join the AQAP.”

AQAP has had roots in Yemen for more than two decades. From the 1960s until the 1990s, Yemen was divided into two states: the Soviet-aligned People’s Democratic Republic of Yemen in the south and the Yemen Arab Republic in the north. North Yemen was led by president Ali Abdullah Saleh, who sought to consolidate his power and unify the two states.

In the late 1980s, thousands of North Yemenis went to fight the Soviet occupation of Afghanistan. They returned as mujahideens in the 1990s along with other Arab fighters, and Saleh sent them to battle in South Yemen in a civil war that lasted from 1990 to 1994. Among those who fought was Osama bin Laden. At the end of the war, Yemen was unified with Saleh as the president.

However the mujahideens also established a number of groups that would become forerunners of AQAP. Among them was al-Qaida in Yemen, established by bin Laden, which would carry out the 2000 suicide bombing attack on the U.S.S. Cole. The bombing killed 17 sailors and injured 39 others.

After the Sept. 11, 2001 attacks in the U.S., al-Qaida came under intense pressure and the group was greatly weakened. However a turning point came in February 2006 that, as the Council of Foreign Relations termed it, helped “al-Qaida resurrect from the ashes. Twenty-three men, including at least 13 al-Qaida members, tunneled out of a maximum security prison in Sana’a and escaped. Among them was the man thought to have masterminded the U.S.S. Cole attack and Nasser al-Wuhayshi, bin Laden’s former personal secretary. Al-Wuhayshi would become the leader of a rejunevated AQAP, and in 2013, would be named general manager of al-Qaeda’s parent organization, according to The Daily Beast.

Under al-Wuhayshi, the group grew to 300 members by 2009. That year it orchestrated the nearly successful  “underwear bomb” attack on a Northwest Airlines flight to Detroit and the failed assassination attempt on Saudi Prince Mohammed Bin Nayef.

The group was also joined by Anwar al-Awlaki, a charismatic Yemeni-American cleric. Al-Awlaki would help launch the group’s English-language magazine, “Inspire,” which featured profiles of suicide bombers. Al-Awlaki was killed in a 2011 U.S. drone strike—but his online writings and interviews have influenced other extremists, including the brothers who carried out the 2013 Boston Marathon bombings.

Within Yemen the group has battled both the country’s former government and the ascendant Houthis. As many as 7,000 people were killed in fighting between armed factions in the country in 2014, according to al-Jazeera. In February, with the central government in flight from the Houthis, the group overran an army base in eastern Yemen, capturing weaponry.

Still the rise of the Iranian-backed Houthis, mortal enemies of AQAP, may yet prove a greater threat to AQAP than either loyalists of Yemen’s former government or U.S. drone strikes.

“Al-Qaida has some advantages and some disadvantages in the current situation,” says Charles Schmitz, a geography professor and Yemen researcher at Towson University in Baltimore, in an interview with Global Journalist. “If the Houthis manage to have an established control of [Yemen’s] south, this is very bad for al-Qaida. On the other hand al-Qaida has been kind of presenting itself as an effective force in stopping the Houthis…In some ways they’re gaining popularity and support [among Sunnis], but in other ways they are in danger.”

With reporting by Joaquin Hernandez. Timeline by Deme Walls.