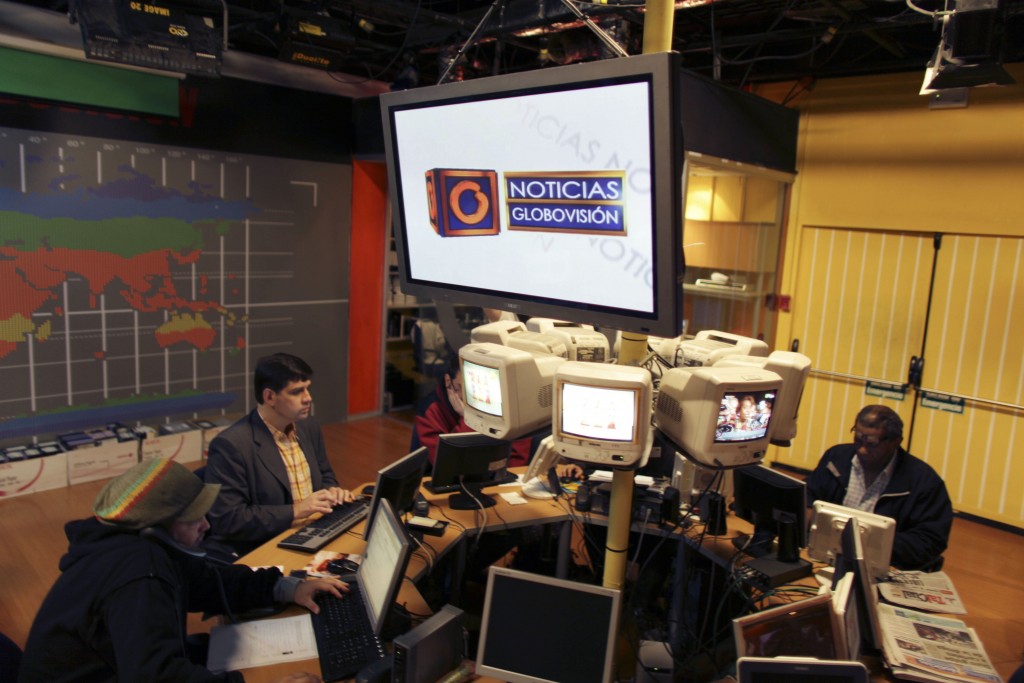 “I remember being on air and having to stop broadcasting so we could lie on the floor and breathe.”

For 15 years Alejandro Marcano was a leading journalist in Venezuela on the opposition station Globovisión. By the mid-2000s, Marcano had become a well-known critic of the government of then president Hugo Chavez. He had also become a target for the most strident of Chavez’s supporters. During Marcano’s tenure, his family was threatened and Globovision’s offices were repeatedly attacked by ‘Chavistas’ angered by its criticism of Chavez’s leftist government. By the end of his time with the company, the channel's management had stopped assigning him to do interviews with key government officials. So Marcano fled the country in 2009 with his family for Miami, a move that led some in Venezuela to label him an agent for the U.S. government. In 2013 Globovisión’s owners, facing mounting government pressure, sold the network to supporters of President Nicolas Maduro, Chavez’s handpicked successor, eliminating Venezuela’s last television channel critical of the government.

Today Marcano is a host on Mega TV, a Spanish-language network based in the U.S. He spoke with Global Journalist’s Pablo Gabilondo about the silencing of the Venezuelan press, hiding from authorities and coping with tear-gas attacks on air.

Global Journalist: How did your career with an opposition television station affect your relationship with the government?

Marcano: It affected it so much that I decided to leave Venezuela. Both my wife and I agreed to come to the United States because we thought it would give our children the best future. During my last years in Venezuela, I couldn't do [basic] official procedures like passport applications. If I had to leave the country for a trip, I would do it secretly because the airport security officials were 'Chavistas.' Being an independent journalist forced me to live like a thief in my own country.

GJ: What were some of the ways you were threatened?

Marcano: They harassed my wife. She called me on several different occasions to tell me that a car was following her. They knew that I would be terrorized knowing that she could be in danger. Doing that was easier than harassing me, because we had police protecting us at Globovisión. Sometimes there were "Chavistas" waiting outside, and police officers would escort us to our cars. On Jan. 1, 2009 I was at the station when protesters started shooting from outside. They threw a tear gas bomb into the air conditioning system. I remember being on-air and having to stop broadcasting so we could lie on the floor and breathe. That morning, I felt like a cockroach with no possible way out. If I ran outside, I could be shot. Staying inside meant fighting for breath. Supporters of Globovision march in opposition to regulatory measures against the channel in Caracas, June 27, 2009. (AP Photo/Fernando Llano)

GJ: What convinced you to leave?

Marcano: The main problem during the last years [in Venezuela] was that we didn't have any protection for our children. My family was my "Achilles' heel." During my last years at Globvisión, I received several threatening messages. My wife advised me not to read them, so ignored any correspondence from people I didn't know. I wasn't the only one who received threats at that time, many of my co-workers also received them. Nevertheless, I read the messages two or three times. They threatened my Achilles' heel: my wife and children.

GJ: Why didn't you ask the government for more protection for your family?

Marcano: At the station, we had police protecting us on a permanent basis. That was because of an order from the Inter-American Commission on Human Rights. But there was some kind of an "understanding" between the police and those who attacked us.

For example, if you called the police and told them there were rioters attacking the station, they would say not to worry, that the rioters wouldn't enter the building. And when they said that, the rioters actually didn't enter.

On other days, the police would call the station and say that everyone had to leave immediately, even if the protests [outside] didn't seem as bad as on other days.  They knew in advance when the protesters were going to enter [the station] and when they were going to stay outside. I still have my suspicions about this.

GJ: Did Globovision's editorial stance change before you left Venezuela in 2009?

Marcano: The big change took place two years ago, when the channel was sold to a group who are front men for the government. Globovisión is now a [pro-government] channel. But during the last years that I worked for them, the editorial line was already becoming less critical of the government. I complain about this editorial change, but I can understand it. The owner of a media company has to look out for it when you're receiving external pressure. The worst part was that many of my colleagues lost their jobs as a result of this editorial change.

GJ: Why move to the U.S. instead of another country in Latin America?

Marcano: I am bilingual, so language was never a problem when we considered coming to the United States. Both my wife and I thought about going to other Latin American countries, but we figured that sooner or later most of them were going to end up like Venezuela. They didn't give us the security that we've found in the United States.