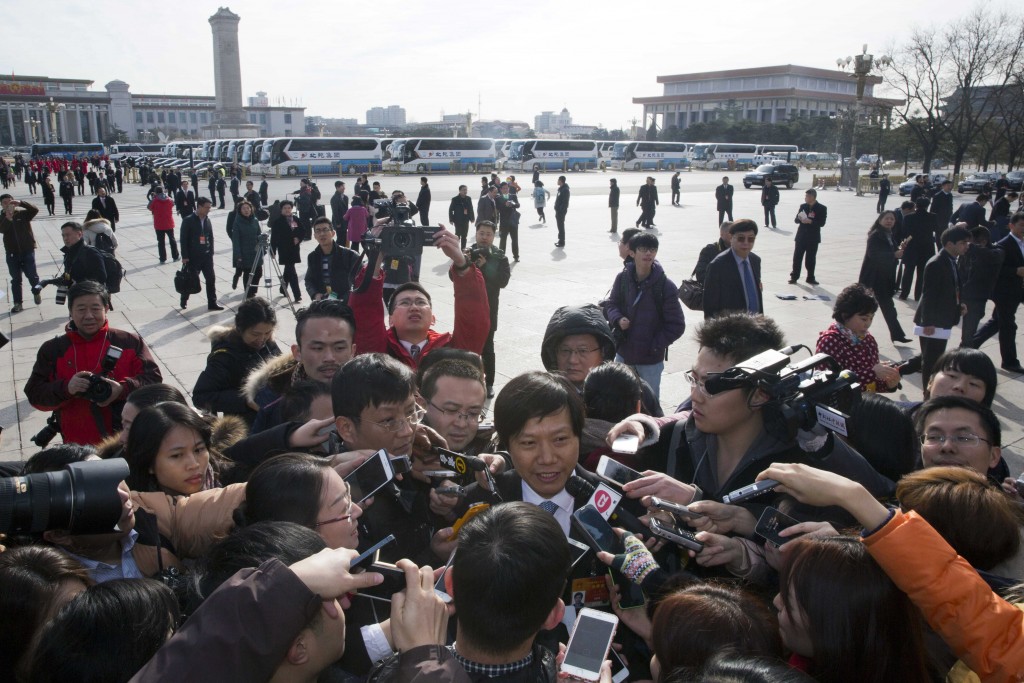 China isn't an easy place to be a reporter. There is Internet censorship, pressure from security services and certain topics the government views as "too sensitive" to be covered in the media. Entire regions of the country, including Xinjiang, home to a separatist movement by ethnic Uighurs, and Tibet, are considered no-go zones.

But the challenges can be different for international reporters and local journalists who work for China's state-run news agencies. To get perspective on how journalists from each group view the challenges of working in China, Global Journalist put the same questions about working in China to a veteran American correspondent in the country and a senior Chinese correspondent for a state-run news outlet.

Lara Farrar has worked in China since 2008, based in Shanghai and Beijing. She is currently the China correspondent for the Chronicle of Higher Education and has contributed to publications including The Economist and the New York Times on subjects ranging from academic freedom, the high tech industry and media censorship.

Liao Jibo is the deputy director of China Radio International's English service. As a child, he grew up in a rural village without television and so radio provided the main source of information and entertainment from the world outside. During his 14 year career he's covered the Beijing Olympics, trade friction between China and the European Union and United States, and spent two years in Jerusalem as a Middle East correspondent. He's currently a visiting scholar at the University of Missouri School of Journalism.

They spoke separately to Global Journalist's Hong Zhao about what they view as the most difficult aspects of their job, and about China's Internet restrictions known popularly as 'The Great Firewall.'

Global Journalist: What's it like reporting in China now?

Liao: It’s not an easy job. First, you don’t get so much information from different levels of the government. They usually don’t publish information [for] the media. Their websites are not often updated. Journalists need to spend a lot of time searching for information that should be available anywhere.

The second reason is that people in China are not so ready to talk to the media. It’s pretty hard to find someone to interview, either ordinary people or government officials, or business owners. I think that’s part of the Chinese culture.

Farrar: I think it’s getting more difficult over the past couple of years. One of the difficulties is simply the access to the Internet. [Additionally] I think China is difficult because of the fact that it’s hard to really get close to your sources here as a foreigner.

I don’t cover a lot of sensitive topics. However I have had my share of problems here over the past couple of years, and that did have an impact on my reporting, whether consciously or subconsciously, as a result of me being afraid of what might happen with the government if I make them upset.

I have been to Xinjiang a couple of times. When I was there, I was followed by government police...kicked out of hotels. My friends, who are Uighurs, were harassed. I was not even reporting there; I was just going there to see a friend for her wedding. The degree of problems that I had there just for going on a trip for vacation has made me more reluctant to go back again.

GJ:  What are the differences between foreign journalists and Chinese journalists in terms the types of stories they can do and sources they can access?

Liao: I think basically we have the same sources, like press conferences given by the ministries and the central government. Still a lot of people don’t want to talk to the media, either central or local media. One reason is that they don’t know how. Most of the Chinese officials, public figures are not so trained to talk to the public. Foreign journalists may find it harder to work in China because they cover more sensitive issues, which makes it more difficult to find people to talk to.

Farrar: Native journalists have their share of problems. I did work for [state-owned] China Daily for a while. I worked very closely with the Chinese staff. They certainly faced the same challenges as I faced. There may be a certain cultural way they have as an advantage in terms of talking to people over what I can do as a reporter from the States.

GJ: Recently there was a lot of reporting about China increasing restrictions on virtual private networks, which allow people to access blocked websites like the New York Times and Facebook. What has your experience been?

Liao: Actually, the VPNs are still functioning in China. I check my friends’ Facebook everyday, both Chinese and foreign friends in China are still updating them.

So it’s not a question of whether or not the government should regulate or sometimes monitor the Internet. The real question is how the government should do it. Blocking websites is not the best way. The government knows the complaints, and they are working on it. At this moment, I don’t think they have solutions other than blocking some websites. Unlike the U.S. government, the Chinese government is lacking in terms of technology, manpower and financial resources. The way that U.S. government monitors its citizens, it’s impossible to do in China.

Farrar: I think it may have more to do with technical problems rather than the government saying we're going to shut those [VPNs] down. I am not sure if all the stories about VPNs being shutdown weren't a little bit overblown. What would be the motivation for the government to basically make it impossible for foreign workers like me, or companies to have access to the outside world?

The truth is, the percentage of Chinese who want to use Facebook or Twitter or log onto the New York Times is very small. Most of the population is quite content with what they can access within the Chinese borders on the Chinese Internet.

In terms of why they are controlling the Internet here, I think there are degrees of protectionism with the blockage of Facebook and Twitter. They want to bolster their IT industry [and protect it from foreign competition].

I also think there are degrees of ideological control. There are certain things that the Chinese government doesn’t necessarily want people to read. There are real degrees of fear or trepidation with the Communist Party. I think they are controlling it because they want to still control information and still control how they are perceived by Chinese people.

It’s a fear that if you allow people access to this information whether they want it or not, it might cause some social disturbance. Social media sites like Twitter or other Western sites are being used as a spur to revolution or social movements, particularly in Africa [and the Middle East]. I think that can also scare Chinese government. With their own version of social media sites, they have the ability to control that aspect of it, and not let things like that happen. That’s another very strong motivation for them to control the Internet here.

GJ: Has the overall reporting and network environment changed over time? Is it getting better or worse?

Liao: Definitely it will get better. If the government has better technology and resources, they may give up the blocking strategy.

Facebook CEO Mark Zuckerberg was in China last year talking to top Chinese officials. Facebook is also reported to have rented a large office in Beijing. Maybe we can hope one day or in the near future, people don’t have to use VPNs to access Facebook in China.

Farrar: I know a lot of journalists who are leaving China and who have left. I feel like people are getting fed up with working here.

After the Olympics, China was a very hot topic. A lot of journalists wanted to see what happened, how China would evolve, and there was a very hopeful climate here.

I think that hope is gone, people feel very tired and are not very sure what’s going to change in China now. Something is changing here, not necessarily for better. I think it might impact the depth and sophistication of coverage of China.

I met a friend who has been to Iraq and Afghanistan. He said reporting in China is actually harder than being in Iraq or Afghanistan. It’s very difficult places to get access to information and sources, to figure out stories because of the language barrier, the general Chinese culture of exclusiveness and privacy... and also of course, the government which will intervene in a number of ways to try to block your stories.