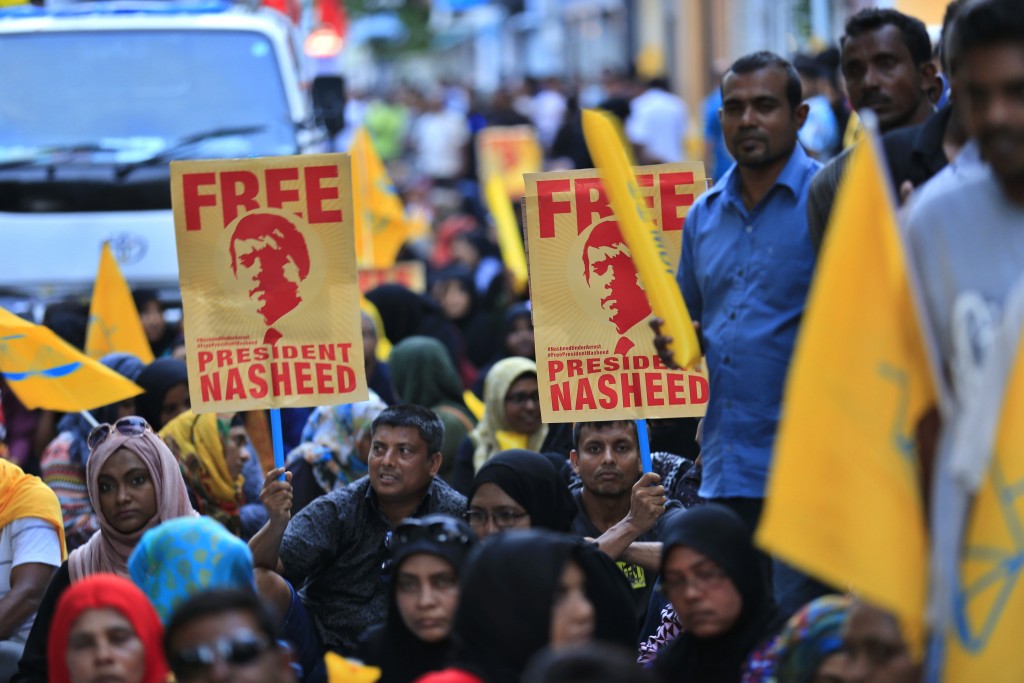 Police in the Indian Ocean nation of Maldives have arrested three journalists who were covering demonstrations in the capital Male calling for the release of the country's former president.

Mohamed Niyaz, a cameraman for the country's private Channel One TV; Mohamed Wisam, a reporter for the opposition aligned Raajje TV; and Adam Zareer, a Raaje TV cameramen were arrested March 24 and March 25 while covering protests calling for the release of former President Mohamed Nasheed, the Committee to Protect Journalists said.

The two Raajje journalists were detained March 25 and released March 30 without charge, according to the Maldives news site Haveeru.com. Niyaz was arrested March 24 for allegedly obstructing police duties and a court ordered that he could be held for up to 10 days, according to local news reports.

Nasheed was sentenced to 13 years in prison March 15 for illegally detaining the country's chief judge while president in 2012. Lawyers for the archipelago nation's first democratically-elected president quit in protest in advance of the verdict over what they viewed as a biased and politicized trial.

Attacks on the media in the Maldives have risen since Nasheed was ousted from power in 2012 in what he described as a coup. In 2013, Raajje TV offices were hit by an arson attack. Ahmed Rilwan, a journalist for the country's Minivan News, was abducted in August and has not yet been found.

A report released by the Maldives Broadcasting Commission in May 2014 found that 84 percent of journalists surveyed said they had been threatened at least once and 5 percent reported daily threats–with political parties the main source. The  nation of about 400,000 people has fallen 60 places in Reporters Without Borders World Press Freedom Index since 2011, and ranked 112th out of 180 countries on the press freedom group's most recent list.