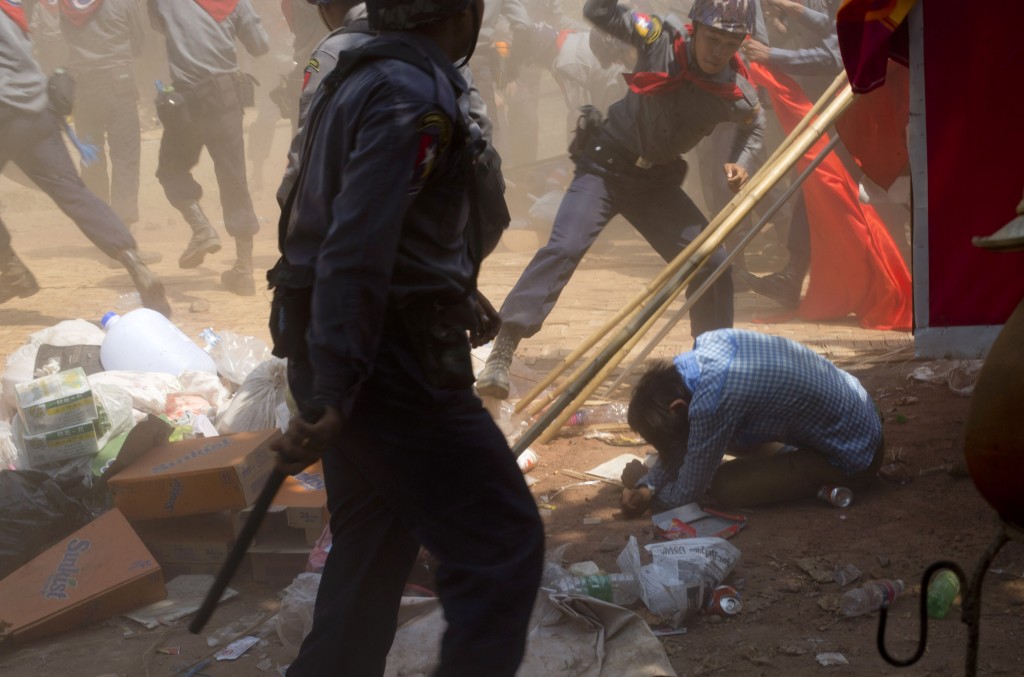 At least two journalists were arrested and four others were beaten while covering a student protest in Myanmar that ended in clashes with security forces.

Phyo Aung Myint, of Myanmar's Reporter News Journal, and Nyan Lin Tun of the Myanmar Post were arrested while covering a protest by students in the central town of Letpadan March 10, according to the Committee to Protect Journalists. Four other journalists reported being beaten or hit by police while covering the event.

Students were protesting a new law that they said would restrict academic freedom. About 100 people were detained during the protest, including monks and students, the Reuters newswire said. The students had been planning to walk from the city of Mandalay south about 90 miles (140 km) to the capital Yangon but had been halted by security forces in Leptadan.

Among those who reported being beaten by police were photojournalists Steve Rickner and Sai Zaw of the Irrawaddy, a Thailand-based news outlet that covers Myanmar. Also attacked were Nyan Gyi, a videographer for the Democratic Voice of Burma and Ko Myo, a reporter for the Pyi Htaung Su Daily, CPJ said.

"If journalists cannot cover newsworthy events without being beaten or arrested, then Myanmar's supposed media reforms have truly amounted to nothing," said Shawn Crispin, CPJ's senior Southeast Asia representative, in a statement. "We call on Myanmar authorities to respect the civilian status of journalists and allow the media to cover the country's growing number of anti-government demonstrations without fear of reprisal."