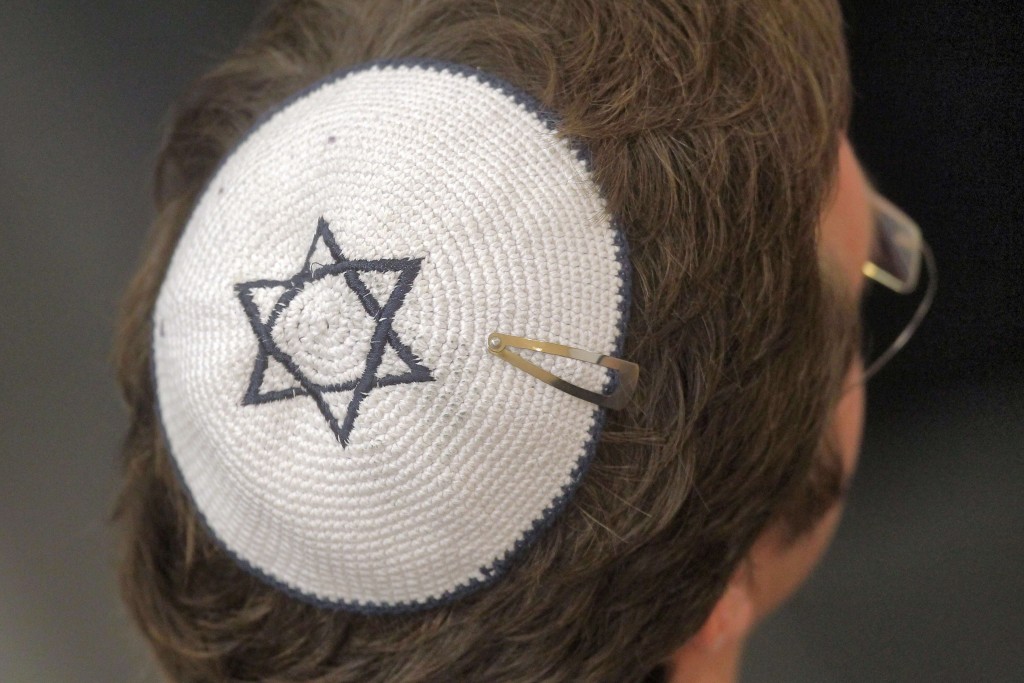 After fatal shootings at a synagogue in Denmark and a kosher grocery store in France in the past two months, there is little doubt in Europe’s Jewish community that violent anti-Semitic attacks are on the rise.

But the attacks raise the question of whether anti-Semitism is rising broadly on the continent – or whether these high-profile incidents are merely linked to the expansion of handful of Islamic extremist groups.

To test the breadth of anti-Semitism, three journalists in three different European countries undertook similar experiments. Each donned a kippah, the traditional Jewish skull cap, and walked about a different city in order to document the reactions of people on the street. What they found was disturbing.

The first of the three to undertake the experiment was Martin Krasnik in 2012. One of the most well-known journalists in Denmark, Krasnik is famed for his aggressive interviews as host of the Dutch television program “Deadline.” Krasnik was raised Jewish and identifies with Jewish culture, though he is now an atheist. Krasnik was inspired to conduct the experiment after he  took issue with comments from Israel's ambassador to Denmark, who had advised Jews to hide symbols of their religion while visiting Copenhagen.

Indeed Denmark prides itself as being a welcoming place for Jews. During the Holocaust, the Danish government helped facilitate the flight of 7,200 Jews to neutral Sweden and Danish police defied orders by the occupying Germans to round up the country’s remaining Jews. Nor were Jews forced to wear the yellow Star of David.

In an effort to debunk the idea that Jews are unsafe in parts of Denmark, Krasnik chose to wear the kippah while strolling the streets of Nørrebrogade, a district in Copenhagen described by Tablet, an online Jewish magazine, as a “gritty neighborhood… a mixed enclave of immigrants, lower-middle class Danes, and gentrifying white hipsters.”

Krasnik was not greeted warmly during his 2-mile walk. As he recounted to Tablet, he was told "go to hell, Jew," and "take that [kippah] off." An Arab man told Krasnik that if he was an Israeli "we have a right to kick your ass." Another man told him that the kippah was "not a problem for us, but my cousin killed a guy for wearing a Jewish hat."

The experience opened his eyes. "We have to simply wake-up and realize that we are part of the world now," he says in an interview with Global Journalist. "We do not live in our own little peaceful part of it anymore."

Patrick Reilly, an Irish journalist who works for the Swedish edition of The Local, a news site, conducted a similar experiment. After an American Jew wrote to his news site asking whether it would be safe to bring his family to Sweden, Reilly, who is not Jewish, decided to wear a kippah for a day in the southern city of Malmö.

Malmö has something of a reputation as a city inhospitable to Jews. In 2010, the Simon Wiesenthal Center, a Jewish organization, issued a warning to Jews to exercise "extreme caution" when visiting Sweden's third-largest city after a spate of harassment. In 2012 a Jewish community center in the city was bombed, although there were no injuries. Reilly chose to stay in relatively safe parts of the city and walked during the day, drawing lots of stares and some laughter  laughter from a fruit vendor, according to his account for The Local. One man on the street mouthed "f---ing Jew" as Reilly walked past.

"As an Irish person abroad I've never felt remotely threatened, but wearing the kippah for a few hours was enough to instill feelings of fear," he wrote. "Even when I didn't feel afraid I was made to feel different and unwelcome."

The final and most well-known kippah-wearing experiment was undertaken by Zvika Klein, an Israeli journalist for the Israeli news site NRG. Klein was inspired by Reilly's experiment and by an American woman named Shoshana Roberts, who documented on video the harassment and sexual comments she received walking the streets of New York over a 10 hour period. For Klein's "10 Hours of Walking in Paris as a Jew," he donned a kippah and was accompanied by a photographer with a GoPro video camera hidden in his backpack as he walked in front of Klein.

"Is this what life is like for Paris' Jews?" Klein wrote of the experiment. "Is this what a Jew goes through, day in and day out, while walking to work or using public transportation? The majority of French Jews do not flaunt their religion, as the Jewish community leaders have urged them to wear hats as they walk to and from work, or go bareheaded. But what about nighttime? Well, Jews prefers to stay inside in the evening. It is safer at home."

That much of the antagonism to all three kippah-wearing journalists was connected to antipathy towards Israel or the Israeli government's policies is unsurprising, researchers say. "The types of anti-Semitism that are of major concern today are emanating partly from the political left in the form of antagonism towards Israel and most frighteningly from Islamic extremists," says Jonathan Boyd, the executive director of the Institute for Jewish Policy Research in London. "I think that's what really generating the anxiety across the continent."

Cnaan Liphshiz, a reporter for the Jewish Telegraphic Agency in the Netherlands, says that he has lived for years in a neighborhood populated by many Muslim immigrants in The Hague with few problems. But last year during fighting between Hamas and Israel in Gaza tension  was so great that he and his wife decided to move their mezuzah, a traditional scroll hung on Jewish doors, so that it would no longer be visible outside the house.

"We're actually in the process of buying a house in Amsterdam because we no longer feel completely comfortable living here," says Lipshiz, in an interview with Global Journalist. "And wondering whether buying a house in Amsterdam is actually the right answer to this problem....I think it's a problem that's going to need addressing not only from Jewish or pro-Jewish circles."

Krasnik, the Danish journalist who walked the streets of Copenhagen in a kippah in 2012, says repeating the exercise in 2015 would be even more dangerous. "I couldn't do it," he says.