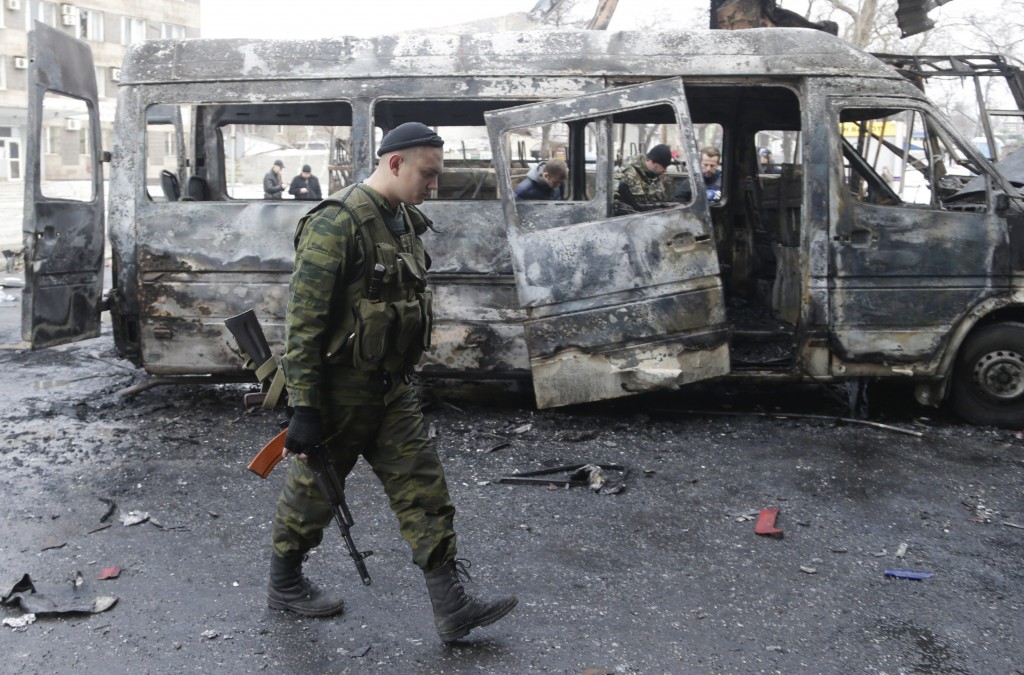 A Russia-backed separatist walks past destroyed vehicles after a bus station was hit during a recent shelling between Russian-backed separatists and Ukrainian government forces in Donetsk, Ukraine, Wednesday, Feb. 11, 2015. (AP Photo/Petr David Josek)

The advance of pro-Russian rebels in eastern Ukraine makes it more apparent than ever that the country is splitting up. With more than 5,000 people dead in the war, is there hope that a ceasefire can end the bloodshed?

Joining us to discuss the battle on the ground and over the airwaves are:

Jonathan Alpeyrie, a photojournalist who has covered the conflict for Vanity Fair and CNN:

"The separatists overall have been quite open to Western journalists...In Ukraine's conflict, journalists are not targeted like in Syria."

"If it wasn't for Russian TV and Russian media, there would be no war at all."

"Russian media has a perspective that is quite different than what you get in the west. I don't think that it means that is across the board propaganda though."