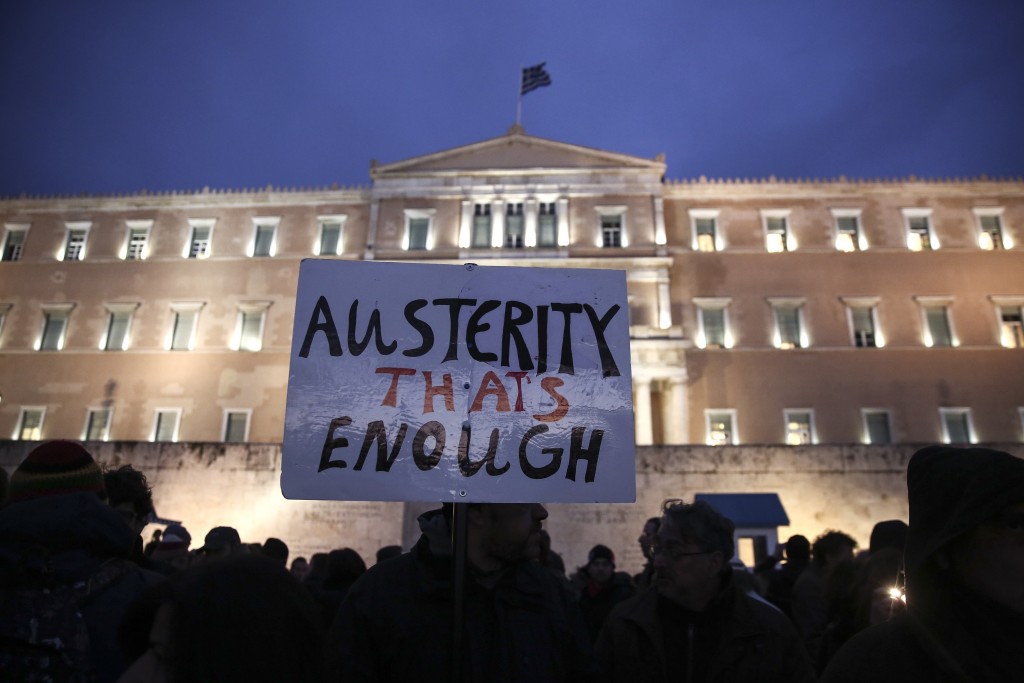 Pro-government protesters gather in front of Greece's parliament to back its demands of a bailout debt renegotiation in central Athens, Feb. 11, 2015. (AP Photo/Yorgos Karahalis)

Just as elsewhere in Europe in the 1930s, Greece's current economic depression has shaken its politics. In January, the far-leftist party Syriza won a stunning election victory by promising to renegotiate the country's huge debts and end crippling budget cuts. Can it lead Greece out of crisis?

Maria Margaronis, Europe correspondent and contributing editor for The Nation