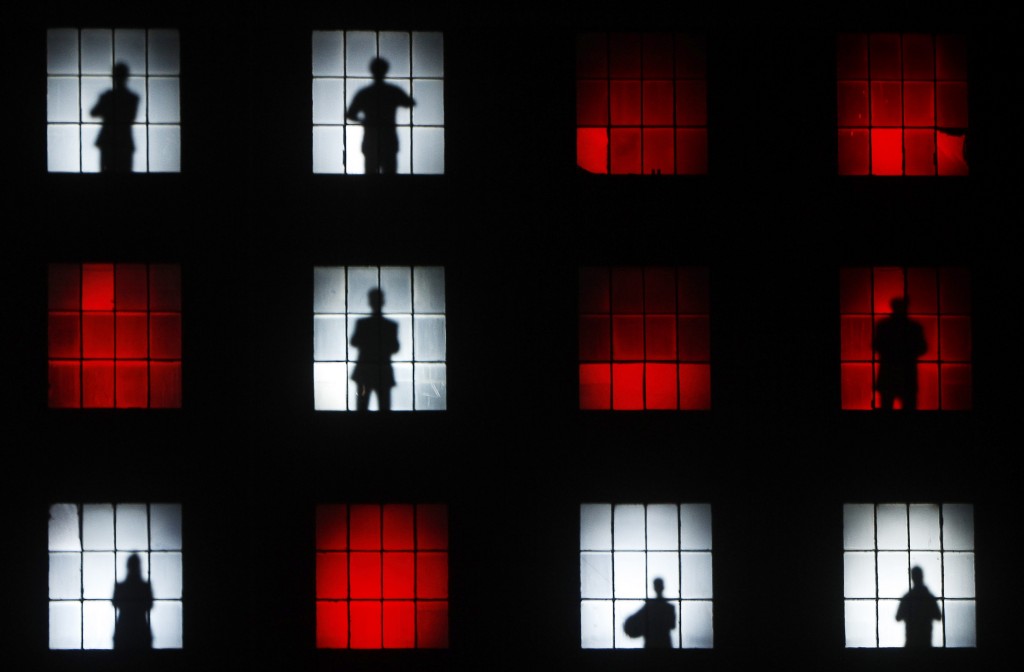 As Polish media moves from strength to strength, Belarus remains a 'terrifying' place for journalists.

These are gloomy times in much of Europe. Across the continent governments are wrangling with stagnant economies, the threat of attacks by home-grown terrorists inspired by the Islamic State and the possibility that Greece may rupture the Eurozone.

Not so in Poland, which continues to enjoy strong economic growth and politics less influenced by the far-right and far-left populists that have shaken much of Western Europe The country’s recent success led The Economist to call it “Europe’s Unlikely Star” and labeled the post-Soviet era Poland’s “best 25-years in half a millennia.”

One reason for Poland’s success is its vibrant and free press. The nation of 40 million has more than 5,000 print outlets. The former Soviet satellite now ranks 19 of 180 countries on Reporters Without Borders World Press Freedom Index, ahead of France, the United Kingdom and the United States. Of the former Eastern Bloc nations, only Estonia and the Czech Republic rank higher.

Part of its success is attributable to the leading role its Solidarity trade union movement played in helping end Soviet domination.

“Poland succeeded because the country did not kill the huge passion and enthusiasm of its people in the beginning of the 1990s,” says Tomasz Gackowski, a professor of journalism at the University of Warsaw, in an interview with Global Journalist. “Those people took their risk, they were eager to communicate with the society in the a free and uncensored way. New titles were popping up like mushrooms.”

During much of the communist era, investigative journalism was rare and criticism of the Soviet-allied Polish United Workers Party almost non-existent–as the government censorship bureau blocked unauthorized stories. That began to change in the mid-1980s as the Communist regime began to collapse. “Poland started from a very different level” than other Soviet bloc nations, says Tomasz Sianecki, a prominent Polish journalist who started his career with state-owned radio in 1987 and now hosts two popular news shows on the private TVN24. “The situation for the media was very bad in the 1950s and the 1960s but just before 1989 it slowed down. At the very end the censor was automatically approving things. One of my producers purposefully included a curse in the text [of one script]. Normally the censor would have looked into it, but this incident confirmed their fading interest.”

Newspapers too enjoyed greater freedom in Poland in the late Communist era than those in other countries behind the Iron Curtain. The country’s Polityka news weekly provided far more criticism than East Germany’s propaganda-spewing Neues Deutschland or Russia’s Pravda.

“Publications were controlled and affected by the regime, but they were also quite free to publish,” says Sianecki. “For example Polityka would not criticize the party’s leader, but it could criticize local authorities.”

Another asset is Poland’s size: with 40 million people, it provided a lucrative market for media investment and welcomed Western capital. Titles like Playboy Poland, which launched in 1992, and Newsweek Poland, which first printed in 2001, brought foreign experience as well as investment–enriching the media climate by hiring local journalists and managers.

“Standards of journalists’ freedom seem directly proportional to profitability of the industry,” he says. “If the industry grows, so does the freedom and journalists are happy to criticize authorities. Journalists who are well-paid simply have time to run investigations, and feel more secure and brave.”

If Poland’s lively media climate is a model of post-Soviet success, things look much different across its eastern border in Belarus. Under the authoritarian rule of President Aleksandr Lukashenko, the country ranks 157th on Reporters Without Borders’ index, behind the likes of Russia, Iraq and the Democratic Republic of Congo.

“Belarus is a definite leader in the negative sense,” says Jakub Biernat, a journalist at Belsat TV, a Polish-backed satellite network that broadcasts to Belarus. “The security agency stayed the same since Soviet Union…Other countries unfortunately follow the example. For example Russia, which used to be relatively liberal, now controls the media.”

Having an office in Belarus’ capital Minsk is too dangerous, Biernat says. Supporters of Andrzej Poczobut, a correspondent for one of Poland's major newspapers Gazeta Wyborcza, hold papers with his portrait in front of the court building where he is on trial in the town of Grodno, Belarus, July 5, 2011. (AP Photo/Sergei Grits)

Those fears appear well-founded, as the country has a long-history of press freedom violations. In December, Belarus’s parliament passed restrictive new amendments to its media law, allowing prosecution of news website owners for publishing information deemed “harmful to the national interest.”

Earlier in the month, Aleksandr Alesin of the newspaper Belorusy i rynok (Belorussians and the Market) was jailed on espionage charges. In 2011, Belarus arrested the Polish-Belarusian journalist Andrzej Poczobut for libeling Lukashenko. According to the Committee to Protect Journalists, the arrest came after a series of articles criticizing Belarus’ government policies including the execution of two men convicted of bombing a subway station in the capital Minsk.

Russian support for Lukashenko’s government has helped the nation of 9.5 million maintain a sophisticated security apparatus that keeps independent newspapers under constant threat and leaves Belsat TV as virtually the sole source of independent news in Belarussian inside the country, says Biernat.

Belsat TV has organized training workshops for Belarussian journalists in the hopes that Poland’s thriving media landscape will influence its eastern neighbor. To date, however, little progress has been achieved.

“In their country they cannot progress,” says Biernat. “Those kinds of meetings are closely observed by security forces…the situation is terrifying.”