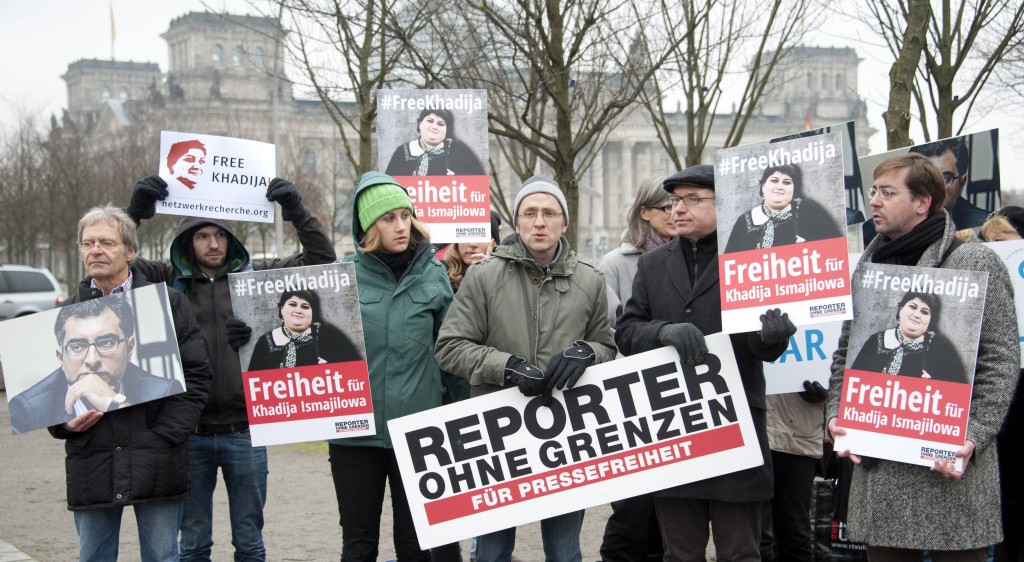 The government of Azerbaijan has brought four new charges against a jailed investigative journalist known for probing the finances of the family of President Ilham Aliyev.

Prosecutors charged Khadija Ismayilova, an independent journalist and contributor to Radio Free Europe/Radio Liberty, with embezzlement, illegal entrepreneurship, tax evasion, and abuse of power Feb. 13, the U.S. funded radio network said. If convicted, she could face up to 12 years in prison. Ismayilova has been held in pretrial detention since Dec. 5 on a charge of inciting someone to attempt suicide, a crime that carries a sentence of up to seven years in prison. “This journalist’s only crime was investigating corruption at the highest government level and helping the political prisoners that fill Azerbaijan’s jails,” said Johann Bihr, the head of the Reporters Without Borders Eastern Europe and Central Asia desk, in a statement.

Ismayilova has faced frequent harassment by Azerbaijan’s security services. In February, she was taken in for repeated questioning by police after she reported government efforts to spy on the Central Asian nation’s opposition.

In 2012, after reporting on government corruption, she received a threatening letter reading, “Whore, behave. Or you will be defamed.” It included intimate photos from inside her home taken with a hidden camera. A surreptitiously recorded sex tape of her was later released on the Internet.

Ismayilova’s detention was not unexpected. In February of last year she issued a statement called “If I get arrested” and posted it to her Facebook account.

“The government is not comfortable with what I am doing,” she wrote. “If you can, please support by standing for freedom of speech and freedom of privacy in this country as loudly as possible. Otherwise, I prefer you not to act at all. I don’t want any private diplomacy for my case. I don’t believe in human rights advocacy behind closed doors.”

Ismayilova has been lauded for continuing her work under such harsh conditions. She received the Courage of Journalism Award from the U.S.-based International Women’s Media Foundation in 2012 and Atlantic magazine named her one of 2012’s Brave Thinkers.

The new charges come amidst a continuing crackdown on free expression in Azerbaijan. A leading press freedom advocate, Emin Huseynov, has reportedly taken refuge in the Swiss embassy in the capital Baku to avoid arrest on similar charges, according to the Committee to Protect Journalists.

With Tracey Goldner and Mary Ryan