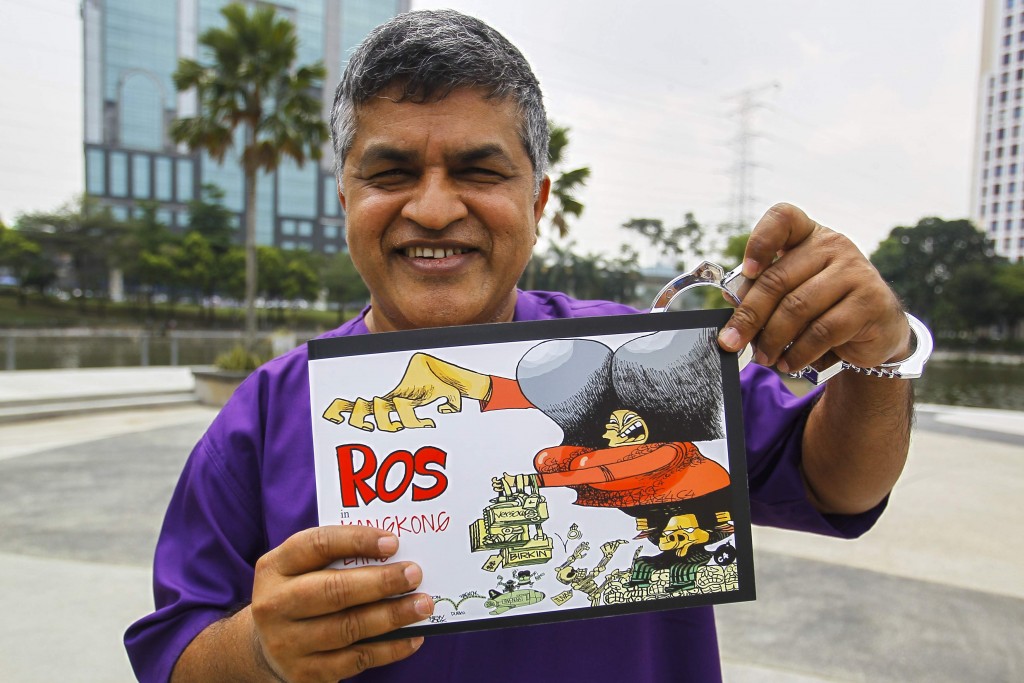 Malaysian police have seized about 200 copies of a new book by a political cartoonist known for lampooning the government, local news reports said.

The cartoonist Zunar, whose real name is Zulkiflee Anwar Ulhaque, said 200 of his books were seized as they were being transported to a launch event Feb. 14 in the city of Petaling Jaya outside the capital Kuala Lumpur, The Malaysian Insider reported.

The seizure came just days after Zunar was arrested for sedition on Feb. 10. The cartoonist was freed on bail Feb. 13 and is still under investigation for tweets critical of a Malaysia appellate court decision to jail Ibrahim Feb. 10.

In 2013, Ibrahim, 67, led an opposition coalition to the strongest ever showing against the ruling Barisan Nasional [National Front] coalition, which has run the southeast Asian nation since it gained independence in 1957. In March, a lower court overturned an earlier acquittal of Ibrahim on sodomy charges after a government appeal. The decision came just days before a key regional election, according to BBC News.

"I hope one day this government will be finally kicked out by cartoonists, because it is a cartoon government," The Malaysian Insider quoted Zunar as saying.

Cover of my book, published in June 2014 proves what is happening today pic.twitter.com/QhqTDrmKrh

An additional 100 copies Zunar's cartoons were confiscated Jan. 28, including "Conspiracy to Imprison Anwar" and "Pirates of the Carry BN," news reports said.

Zunar has a history of clashes with the Barisan Nasional. He was detained in September 2010 for sedition before the launch of another book of political cartoons, "Cartoon-o-phobia." At the time, the government deemed the book "detrimental to public order" and could "influence the people to revolt against government policies," reports said.

In July 2012, Prime Minister Razak said he would abolish the Sedition Act. He reversed that vow in November and announced the law would be strengthened.