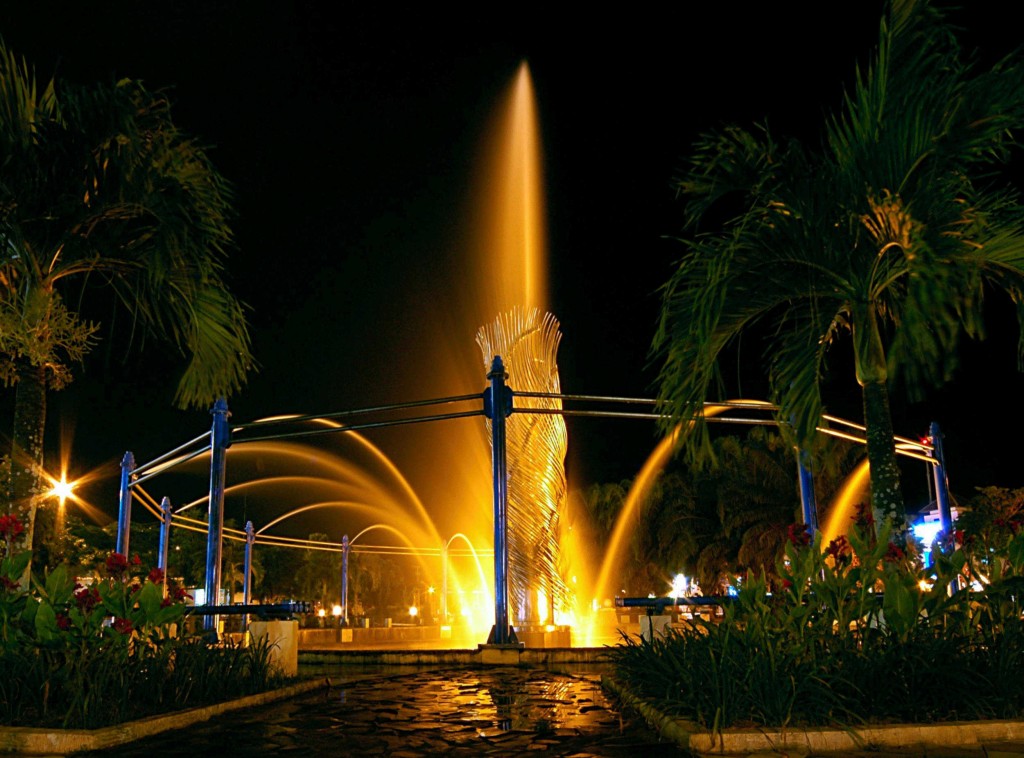 In the 1970s, the airport for the Indonesian city of Balikpapan on the island of Borneo was little more than a shack with no walls. The runway, says Dale Haines an American and petroleum engineer who arrived in the port city in 1972 as the child of an oil worker, was still made of interlocking steel plates put down during World War II.

“There was no airport per se: you’d get your bags at the side of the charter flight,” he says, in an interview with Global Journalist.

Today Balikpapan’s glittering new Sepinggan International Airport has replaced the shack, and a new terminal opened in September boasts a shopping mall and capacity for 10 million passengers per year at 11 gates. The transformation of the airport in this city of 550,000 provides a glimpse of the change that has surged through the rest of Indonesia over the past four decades.

Political stability and natural resource wealth have helped the country create a middle class of 74 million, a group that is set to nearly double by 2020, according to Boston Consulting Group. Economic growth has topped 5 percent annually for the past decade, save for 2009 during the financial crisis. In 1972, Balkipapan’s airfield was linked to the town and coast by a partially paved road. In its Pasir Ridge neighborhood, where Haines and other expatriates lived, World War II era radar stations and artillery pieces still lined the coast, guarding the bay and oil refinery from potential invaders long forgotten.

“There were very narrow, muddy streets; no electricity downtown other than what could be generated by generators; no telephone system,” says Haines. “You couldn’t call out of Balikpapan back in 1972; you’d have to go to Jakarta to make a telephone call, or Singapore.”

By the 1990s foreign oil development had progressed bringing greater Western influence to the city, along with more expatriates. Some in the city swapped traditional sarongs for Western-style jeans and t-shirts. Paved streets sprung up downtown, leading to a rapid increase in congestion as the streets filled with seas of scooters with whole families piled aboard and minibuses loading in the middle of busy roads.

The city’s growth has much to do with the expansion of transport infrastructure. The airport was renovated in 1991 and 2012, allowing Balikpapan, the country's 24th-largest city to become its sixth busiest air hub. Its port facilities and proximity to the island's mines have also made Balikpapan the coal capital of Indonesia, now the world's largest coal exporter, as it feeds China's growing appetite for energy.

The flood of businessmen following the boom in coal and oil exports has driven up prices. In 2008 Balikpapan topped Jakarta as Indonesia’s most expensive city, according to the Jakarta Post. According to a cost of living index compiled by the website Expatistan, a 16-ounce block of local cheese cost the equivalent of $3.83 in Jakarta and $6.79 in Balikpapan; and at $1.94 a two-liter bottle of Coca-Cola was 50 percent higher than in the capital.

To Iwan Ardian, a petroleum drilling engineer and Balikpapan resident, this would’ve been laughable  20 years ago.

“Because at the time, everybody’s thinking … the oil industry will finish at one point,” Ardian said . “And when the oil and gas companies leave, there will be nothing else in Balikpapan and it will be a ghost town. But it’s not the case right now.”

Indeed, the expansion of mining and timber has diversified the area’s economy.That’s also brought increased commerce as shopping malls, Starbucks and movie theaters have spread across the formerly sleepy port town. “Right now, Balikpapan has grown into a transit hub for East Kalimantan and also Kalimantan in general as well,” says Ardian. “We have a lot of industry around Kalimantan that is actually supported from Balikpapan: like the coal mining and all the heavy equipment are run from Balikpapan, all the oil and the gas industry — it’s all run by Balikpapan.”

Balikpapan’s boom has played out in cities across Indonesia. Manufacturing as a share of GDP rose from 16 percent in 1985 to 24 percent in 2013, according to the World Bank. Exports of rubber and palm oil have also boomed.

“You really see that in the last 10 to 15 years, basically there’s been a steady development along those lines since the worst of the [Asian economic] crisis abated,” said Stephen Marks, an economics professor at Pomona College in California. “But I mean, the way I measure [the growth in the middle class] is just by the number of motorcycles on the streets of Jakarta and on the sidewalks of Jakarta.”

Still, while Balikpapan’s transformation reflects many of the changes in Indonesia’s medium and large cities—poverty is hardly unknown. Almost 28 percent of Balikpapan families were living on welfare, in 2012 according to from Balikpapan's statistical agency. And despite the boom in Jakarta and resource-rich areas like Balikpapan, many rural Indonesians have been left behind as their urban brethren race ahead. By the most recent estiamte from Statistics Indonesia, more than 11 percent of the country lives below the poverty line–a figure set at just $25 per month.

“In central Java, it’s common to find a McDonald’s with wireless internet and all that,” says Marks. “But I say, nevertheless, for many people especially in rural areas, life goes on more or less as it had.”