Egypt releases al-Jazeera's Greste after more than a year 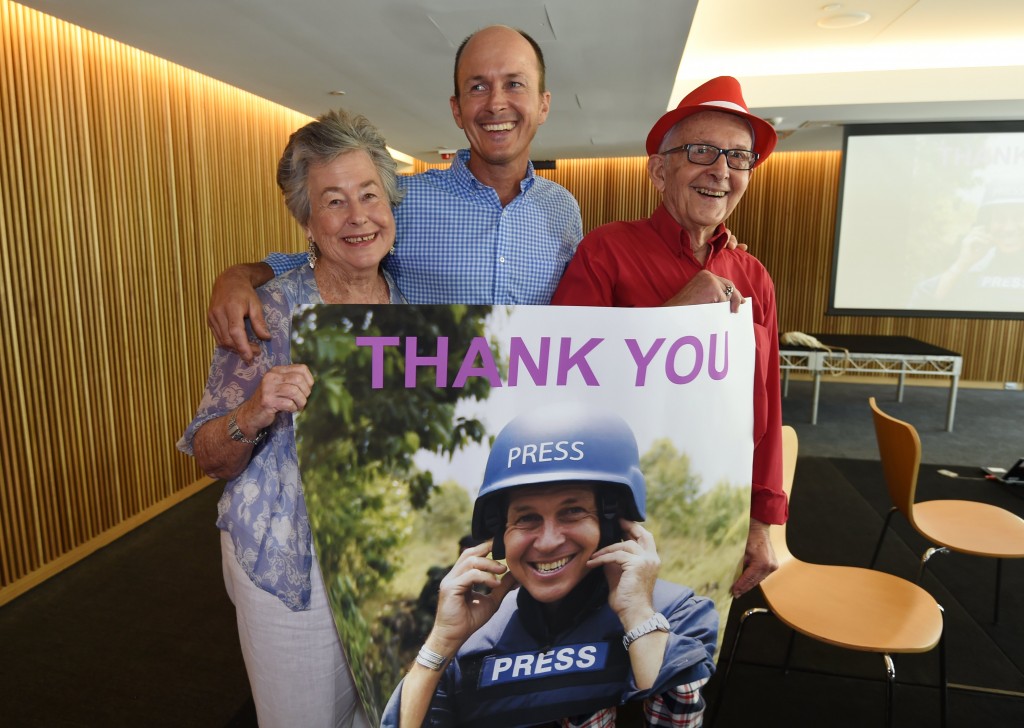 An  al-Jazeera reporter held for 400 days in prison in Egypt has been released and deported back to his home country of Australia.

Peter Greste, 49, of al-Jazeera's English-language affiliate was arrested with two colleagues during the violent crackdown against Islamists in December 2013 that followed a July military coup ousting former president Mohammed Morsi.

"I can’t tell you how relieved I am at being free," Greste said in an interview with the Qatar-based network. "I really didn’t expect it. We were settling in for a period of months."

His al-Jazeera co-workers Egyptian Baher Mohammed and Canadian-Egyptian Mohammed Fahmy remain in jail. The three were sentenced to seven to 10 years in jail in June for false reporting and aiding the banned Muslim Brotherhood in a case widely condemned as a sham by human rights group. Fahmy was expected to be released in early February after renouncing his Egyptian citizenship, BBC News reported.

“Egyptian citizenship vs. freedom: take your pick?” Fahmy wrote from his detention in a message posted on Twitter.

As an Egyptian Mohammed can not be deported and may face a retrial. Egypt's Interior Ministry said Feb. 1 it will order 312 political prisoners released as part of a policy to 'respect human rights,' Egypt's Daily News reported.

Many analysts have seen the case as an effort by Egypt to punish the Qatari government, which maintained close relations with the Muslim Brotherhood and Morsi's ousted Islamist government, according to the New York Times. Al-Jazeera's Arabic channel provided particularly critical coverage of the military coup led by current President Abdel Fattah al-Sisi.